Nicola Kennedy is a freelance writer, traveling Europe and she enjoys sharing her experience and travel tips to help others get the most out of their trip.

Menorca is one of the Balearic islands of Spain located in the Mediterranean Sea. It has a population of approximately 91,000. Menorca is often shadowed by its larger ‘cousin’ Mallorca when looking for a fun family holiday. Despite being overlooked, Menorca is a paradise that offers beautiful beaches, secluded coves and turquoise seas.

Due to the mild climate on Menorca, the sea here remains a pleasant temperature for many months of the year and lends itself to swimming, kayaking and snorkeling activities.
What’s more, accommodations on the island are generally reasonably priced and there are a quite a few family friendly hotels and last minute flight deals to suit most budgets.

Although the whole island is only 30 miles in length and about 10 miles wide, there’s still so much do that you’ll be pushed to cram everything you’d like to try in to a short 7-day trip. On the bright side, getting from Menorca airport to your hotel is a short ride, so an early flight arrival means that you can begin exploring the island right away.

If you love awe-inspiring mountains and rock formations you won’t be disappointed in the north of the island. After enjoying such panoramic views, If you head down the long steep cliffs, you will also come across some red-sand beaches such as Platja Cavalleria.

Maybe you prefer spending time discovering coves and more golden sandy beaches. If so then you’ll soon see plenty by hiking across the winding hills and paths or by hiring a boat from Cala Galdana where you will enjoy a few bays that are only accessible this way.

Although Menorca is a relatively small island, it boasts an incredible variety of produce thanks to its fertile land. More recently the food scene has been considered a useful commodity not just for the residents but for the island’s agricultural economy.

On the one hand, authentic Menorcan dishes are traditional, easy to make and influenced by ingredients readily available in that season. Like the traditional Mediterranean diet the island enjoys native olives, wine, bread and olive oil.

In response to expensive imports and at times the unreliable availability, local restaurants commonly stick to the fresh ingredients grown on the island. The Spanish Balearic Islands produce wonderful sun-blessed vegetables and fruits and what is a real bonus is that you can still find these foods ripened naturally under the sun’s warm rays instead of being shrink-wrapped and frozen.

There are three products in particular that are considered local that must be included on any Foodies ‘sampling list’ Each has its own interesting historic background:

Although Menorca would love the credit for ownership of inventing mayonnaise, the exact beginning of it is still a long debated subject. There’s a story regarding the French so called victory over the British in Menorca in the year 1756, where this creamy delight was allegedly created at the celebration in “Mahón”. Menorcan’s are so proud of their way of adding the needed natural ingredients that they now hold  “Mayonnaise Workshops” on the island and of course even produce the much needed pure olive oil locally.

It would be unforgivable to the Menorcan local cuisine not to discuss this local delicacy. Although discovered artifacts claim that cheese was made on the island thousands of years ago, it was not until the 19th century that the skill of maturing the cheese safely giving its distinct flavor, was truly worth writing home about. But it was a long wait until the year 1985 when the unique history was finally rewarded with official recognition. Mahon cheese named after the port where it was made was given Denominación de Origen Protegida or DOP certification.

Mahon cheese can be found everywhere on the island. Mahon that is only 4 months ‘young’ or less, is only semi-firm and mild. Even to an untrained eye, the younger cheeses are easier to spot on the shelves as the rinds are a brighter orange. Leave it for over 12 months and the cheese itself looks more like Parmesan consistency and becomes more salty and intense. Local skilled cheese makers have this aging process down to a fine art. After acquiring a taste for the cheese, it won’t be long before you prefer either non-mature over the aged version or visa versa. Both offer an irresistible and unique flavor. The next time you pass the Menorca cheese store, take a break from your shopping and give Mahon a try. 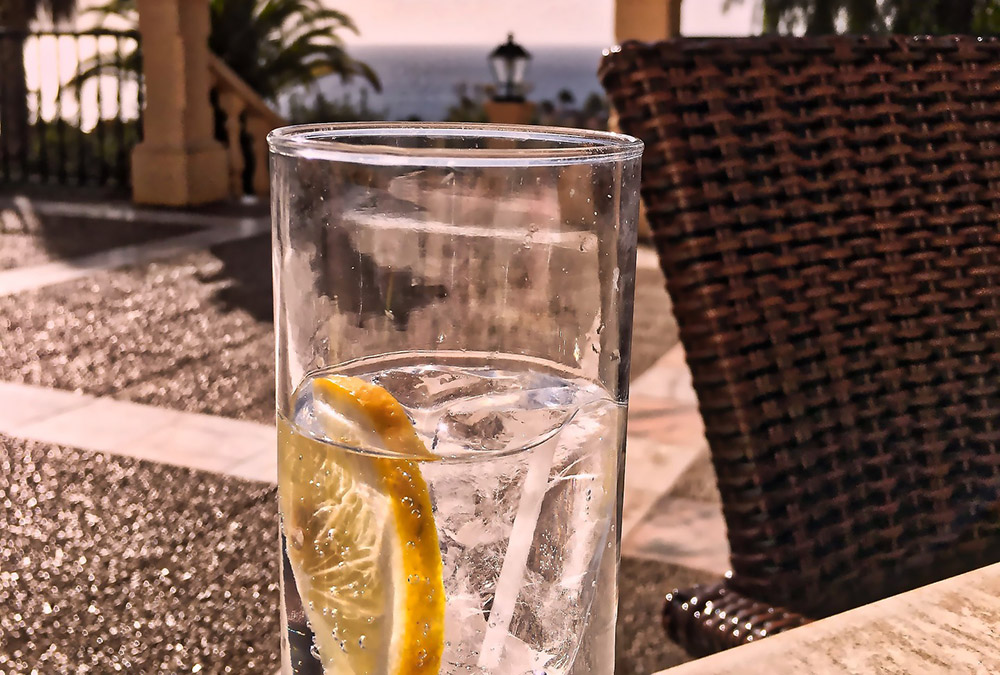 Gin distilleries such as Xoriguer, which is strategically located next to Mahon harbour, confirm that Menorca has become the gin connoisseur’s paradise.

Historians point out that it was due to the British influence centuries ago that a taste for Gin caught on here. Allegedly introduced to Menorca in the 18th century under the British occupancy, Gin went from being unheard of to ‘can’t get enough of’ of that wonderful cocktail.

Reportedly, when British soldiers and sailors visited Menorca, they requested this ‘fashionable drink’. At first stumbled by the unknown beverage, it wasn’t long before inventors realized how to create it and cash in on this saleable product. After importing tasty juniper berries, they created gin with water and ethyl alcohol from vegetables. However, Menorca now proudly caters for a multitude of tastes distilling gin using wine alcohol from Mediterranean vineyards.

A local refreshing drink called Pomada is a drink traditionally consumed at celebrations. To the trained gin-taster, Pomada is more of a cocktail made with Xoriguer gin, lemonade and served with ice and a slice and tastes as good as it rolls of the tongue.

You’ll be pleased to know that this distillery allows you to get up close to observe how its all produced and more importantly, allowing you to taste this ‘delight’ that the island is proud of.

Nicola Kennedy is a freelance writer, traveling Europe and she enjoys sharing her experience and travel tips to help others get the most out of their trip.

Connect With The Author
View all posts by
Nicola Kennedy
GET THE LATEST!
eNEWSLETTER
Subscribe Now!