Have you ever been to Scotland or planning to be there soon? Whenever you dream about the cute, verdant village nestled within Highlands, the fresh breeze flowing across the valley, and some chosen finger-licking food to relish, it has to be Scottish hamlet that comes to your mind. No matter when you land in Scotland, never leave without a bite of Haggis. Now, what is Haggis? Well, it’s a sumptuous snack made from the internal organ of sheep and the favorite food of Scotts. It may sound low, but a single bite can make the ultimate difference. 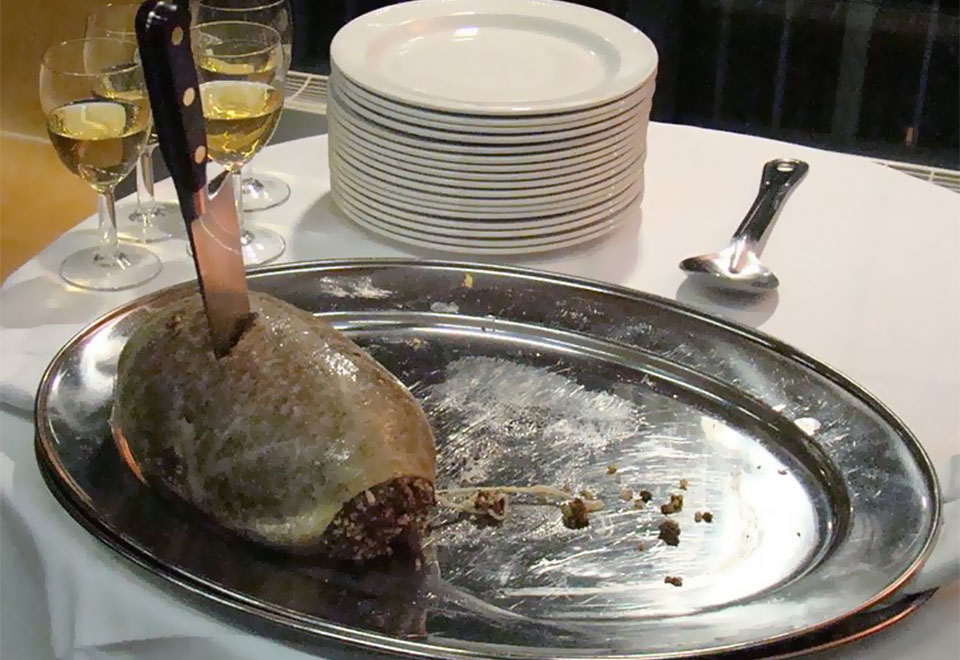 image: Kim Traynor, Wikipedia
“You must cook the Haggis in the right manner, so that it gushes open when you put a knife into it. For a quick and satisfying meal, the Scotts cut open the Haggis and then pour the content into the bowl and microwave.”

Haggis is a 150-year-old recipe that originated from Scotland. It’s made from sheep’s body organs like the heart, liver, lungs, and mixed with minced onion, spices, and oatmeal. The mixture is well cooked in spices, suet, salt, and then mixed with stock and cooked traditionally within the animal stomach. But, the casing can be done within an artificial one instead. The traditional food is served with neeps and tatties, especially during the Burn’s night.

A Brief History of Haggis

Although Haggis is regarded as the traditional food of Scotland, the history dates back to its use from France, Rome or even from Scandinavian countries. The term Haggis is derived from the French word ‘Hacher,’ which means to mangle or chop. The mention of Haggis is also very prominent in Homer’s Odyssey. According to the celebrated food historian Clarissa Dickson Wright, Haggis came from the Scandinavian countries even before Scotland was a single nation. The Scotts enjoy Haggis during Burn’s night with neeps and tatties, a typical vegetable that is roasted and tossed in berry sauce.

Some Awesome Facts About Haggis 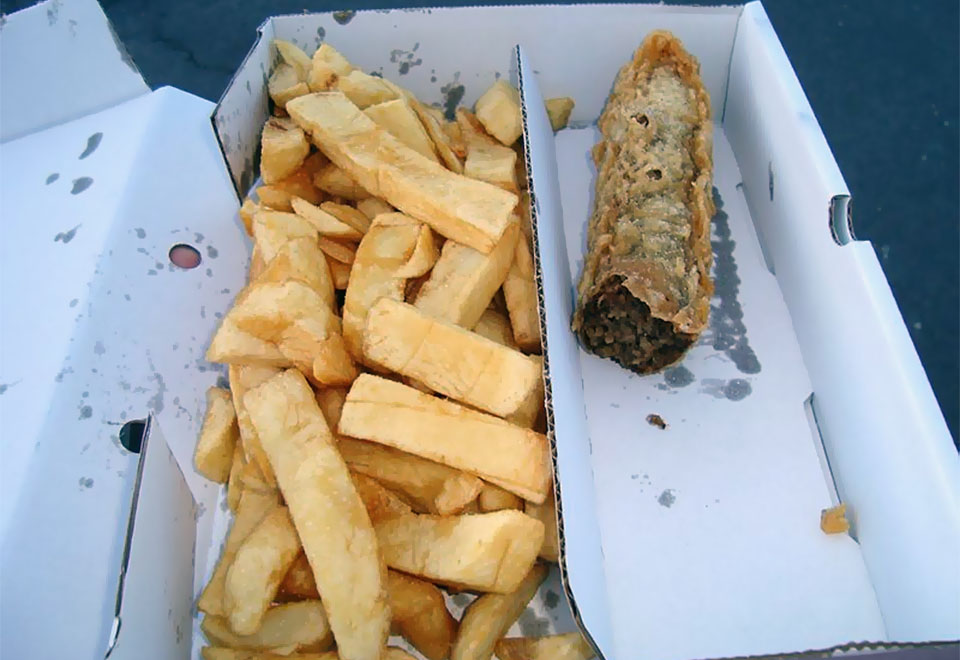 Although there are various facts taken as right about the origin of the food, Haggis is actually a sausage. Initially, the encasing used was that of an animal organ, but nowadays, synthetic casings are made. Along with the animal’s liver, heart, and lungs, other things that combine and make up the taste are oatmeal, beef suet, along with seasonings like nutmeg, mace, and cayenne.

In 1971, the USDA banned the import of Haggis as they found the Scottish food to contain sheep’s lungs as one of its main ingredients. Although there have been developments over the years for USDA to lift the ban, the Americans still regard it as the famous Haggis Ban.
Nobody is exactly sure of how the word Haggis came into being. Might be it came from the Old Norse word ‘hoggva,’ which means to cut, hit or hew. The word is connected to the Middle English terminologies that mean chopping or hashing. It’s even related to the old English word ‘magpie’ that means to collect in odd bits and pieces.

Haggis is also regarded as a pudding that is traditionally made from pork blood and pig intestine. Confusingly, the black pudding is considered as ‘black sausage’ or ‘blood sausage.’ Whatever be, it’s delicious and enigmatic to the taste buds.

Haggis is a tasty stuffing and excellent multipurpose cooking in modern techniques. You will see Haggis served in all high-class restaurants. Try chicken balmoral, which is chicken breast stuffed in whiskey loaded Haggis, and wrapped in bacon. You can get Haggis flavored potato chips too.
There is a concept called ‘Haggis Hurling, which is practical but quite silly. This unusual pursuit is usually reserved for the highland games. Well, it’s also considered a practical joke.

My First-Time Experience of Tasting Haggis

The day I stepped into Edinburgh, I learned about Haggis. Admittedly, I was told by my guide not to leave Scotland without experiencing a bite of it. Initially, I had some wild imaginations about eating sheep’s internal organs. Still, I never knew that my practical experience would be so exciting. A plate of Haggis costs £4. With the thought, ‘Let’s begin my adventurous food journey,’ I ordered a plate of Haggis along with Scottish whiskey. I was eagerly waiting for my happening Scottish supper. After a while, I was served a plate of Haggis with neeps and tatties, topped with red berry sauce. The food appeared like a riot of colors, which tantalized my taste buds at once. I spooned the Haggis, which was a crunchy deal of meat and oatmeal. The neep and potato was a melt-in-mouth experience and a wholesome protein meal. I could feel the explosion of flavors inside my mouth, and I was soon drowned in a delusion of the savory. In a word, it was just awesome. I didn’t visit Scotland during the Burns festival but intend to do so if I get an opportunity.

Must-Stops for Haggis in Scotland

Once you are in Scotland, make sure you visit one of these places to enjoy the authentic taste of Haggis.

You can travel to Scotland for Haggis, whiskey, picturesque landscape, traditional dance, the Scottish cheque fabric, Harry Potter scenes, and many more. Apart from Haggis, there are many other specialties in Scotland that also deserve mention like the traditional scotch whiskey, traditional Scottish breakfast, the whiskey flavored ice cream, fish, chips, and whatnot. I must say that I can travel to Scotland only for Haggis. And, you too must not leave Scotland without having a bite of Haggis. It’s heavenly after all!

Halal Resorts To Visit on the Turkish Riviera
Enjoy A Perfect Mexico Wine Getaway near Ensenada
8 Delicious Dishes You Should Try While In Greece
8 Incredible & Traditional Foods of Greece
We use cookies on our website to give you the most relevant experience by remembering your preferences and repeat visits. By clicking “Accept”, you consent to the use of ALL the cookies.
.
Cookie SettingsAccept
Manage consent