Yev is a passionate traveler that has given up trying to tame his nomadic streak. Well in his thirties now, he has been backpacking around the world for 7 years, transforming his travel experiences into stories. He is also a travel content writer, mostly administering his interest in digital marketing. He is currently living in Bogota, Colombia. For now, Yev is a part of a big family in Aqua Expedition, you can get more info by the social links Facebook, Instagram

Best Places to Visit in Vietnam

Not everyone wants to head to cliché vacation destinations – sometimes you just want something different. And when that’s how you feel, Vietnam is an excellent place to visit. Whether you decide to go DIY, or you’ll go on one of those Vietnam river cruises that have everything taken care of for you, there’s a lot to see.

The thing is, Vietnam isn’t small. This country has a population of almost 100 million, and it has a vast variety of places to visit. So, with that in mind, it can be difficult to choose a few places to visit. But we’re making things easier for you, so here are a few places you just must visit if you’re heading to Vietnam. 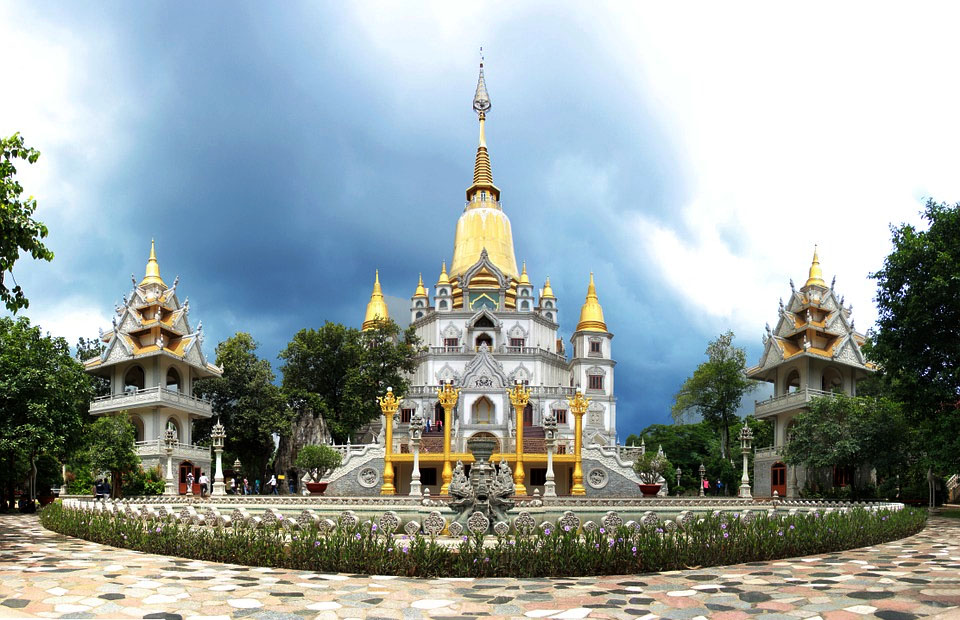 Of course, we’ll start with Ho Chi Minh City, also known as Saigon, which is Vietnam’s biggest city. It has a massive historical significance, especially in the 20th century where America fought with Communist North Vietnam during the 1960s and 1970s. It was named after the famed leader of the north which is one of Vietnam’s most significant historical figures, but many Vietnamese still use the Saigon name.

Honestly, there’s a lot to do in Ho Chi Minh. To begin with, you have the Notre Dame Cathedral Basilica of Saigon, located in the downtown area of the city. Made between 1863 and 1880, it’s a historical remnant of the French Colonial period. Then you have the Cu Chi tunnels, which is a whole network of interconnected tunnels beneath the city. They were used as hiding spots during combat, as well as supply and communication routes during the war.

Then you have the more “modern” aspects of Ho Chi Minh – the variety of shopping centers, the incredibly tasty restaurants, and the nightlife that’s pretty incredible. Whether you’re starting your Vietnam trip, or you’re looking for a good final destination, Ho Chi Minh is great for both. 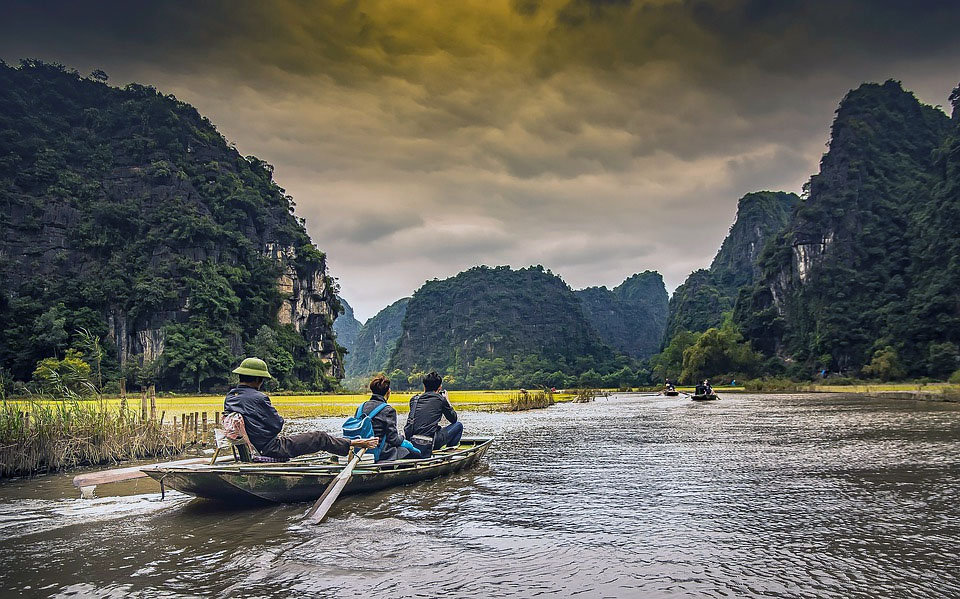 Even though this stunning national park is protected by UNESCO, it’s still one of the lesser-known places in Vietnam. The roads that lead through the park are beautiful, and getting on a motorbike and enjoying a bit is a great idea. You will not only see the sights, but you’ll also be able to see locals that live there and farm as they’ve been doing for quite some time.

The park is home to a host of caves, some of which include the Tien Son cave, Phong Nha cave, and the Vom Cave. Inside some of these caves, you can find inscriptions that indicate that people had actually inhabited the area a long time ago. What’s also interesting is that the park has two dozens of mountain peaks that are all over 1,000 meters in height. This is a pretty long continuous range, and it just adds to the beauties you can enjoy in the park.

One thing to note is that you could consider the world’s biggest cave system, Hang Son Doong, which is also part of the national park. However, the tickets for entry are incredibly expensive, and if you’re trying to stick to a reasonable budget, try some of the other caves we suggested earlier.

Known as the City of Eternal Spring, Dalat is a city found in South Vietnam’s central highlands. The nickname comes from the cool temperature climate, as well as the environment all around the city. You’re looking at rolling hills all around, as well as scented pine forests that combine for a truly incredible environment.

But it’s only when you start exploring that you’ll get to enjoy everything Dalat has to offer. Similarly to Phong Nha-Ke, we would suggest a motorbike if you’re in the area, and you should certainly head out into the hills. There are some pretty neat resting points, and if there’s one thing there is no shortage of, it’s waterfalls. If you don’t want to get a motorbike, Dalat has its own cable car that gives you some pretty spectacular views and photo opportunities. 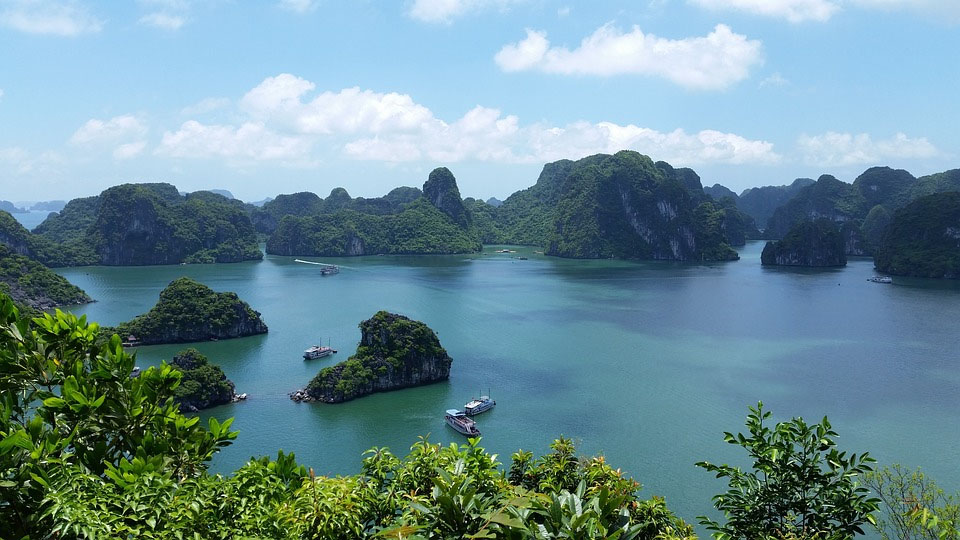 One of those places that doesn’t really need an introduction, Halong Bay is one of Vietnam’s most popular places. It’s a UNESCO World Heritage Site that’s famous throughout the world, and it is considered by many to be one of the most beautiful places on Earth.

The best way to enjoy Halong Bay is by water, and this is like sailing through a dream. You’ll find limestone karsts in pretty much any direction you look at, and there are plenty of caves to explore. The Thien Cung cave gives you that feeling like you’re no longer on Earth, thanks to the host of differently colored lights that you can’t really find elsewhere.

Now, if you’d like to direct your own tour of Halong Bay, you can opt for a kayak. A kayak allows you to paddle through the waters and get a closer look at pretty much anything you’d like.

Found northeast of Halong Bay, this little bay is the “rival” to Halong Bay in terms of beauty, and it’s actually kept secret pretty well. While Halong Bay may be a bit more beautiful, it’s worth noting that Bai Tu Long gives you a bit of privacy. Considering that it’s a lot more protected, much fewer tourists can visit, boats aren’t allowed overnight stay, and you can enjoy cleaner waters and a calmer surrounding. 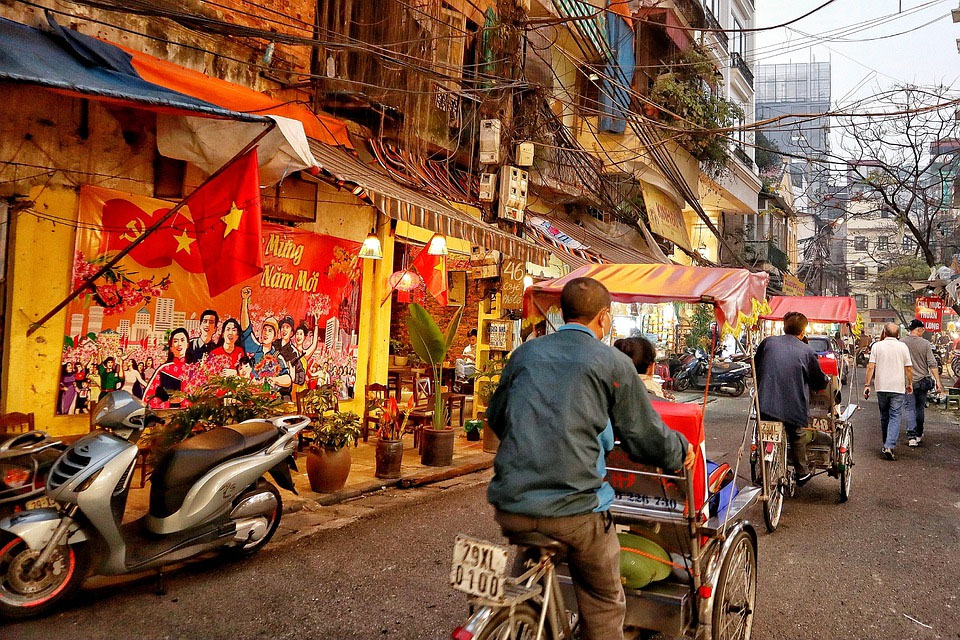 We’ve saved the best for last, but Vietnam’s capital is slowly becoming one of Asia’s most interesting cities. It is absolutely a top tourist destination with one of the friendliest people that you can find in the world.

The city has incredible historical significance to Vietnam, but it also offers a striking balance between the museums and monuments, and the traditional, ancient side that will offer an experience like no other. Crumbling markets and archaic shrines are side by side with things like majestic palaces and opera houses. Add in the fact that this is an incredibly easy destination to reach, and you realize why Hanoi should be one of the first destinations you visit in Vietnam.

When you consider everything, Vietnam does have a lot to offer. Not only do you have some of the world’s most stunning landscapes, but there is also the possibility to witness one of the world’s most historically significant land with so many monuments that witness the turbulent past.

And whether you decide to visit some of the calmer places that aren’t too popular, such as Bai Tu Long Bay, or the complete opposite, like the bustling city of Ho Chi Minh, you’re bound to enjoy Vietnam and everything it has to offer.

Yev is a passionate traveler that has given up trying to tame his nomadic streak. Well in his thirties now, he has been backpacking around the world for 7 years, transforming his travel experiences into stories. He is also a travel content writer, mostly administering his interest in digital marketing. He is currently living in Bogota, Colombia. For now, Yev is a part of a big family in Aqua Expedition, you can get more info by the social links Facebook, Instagram

Connect With The Author
View all posts by
Yev Konotop
GET THE LATEST!
eNEWSLETTER
Subscribe Now!