Paris records millions of tourists every year from across the globe, contributing a significant part of national income. Paris is not merely the city of love, but it has also evolved a long way from the pre-historic eras to the modern state of the art city. The term Paris is derived from Parisii, a sub-tribe from Celtic Senones, established in the Ile de la cite, along the river Seine around 225BC-250BC. If you have already planned a trip to Paris, make sure you visit the places of historical importance that speak for its high architectural value.

Built in 1617, the palace is surrounded by beautiful gardens. The name comes from the Duke of Piney- Luxembourg, who was the landlord of the domain and was later owned by Maria de Medici, widow to King Henry IV. The architect of this wonderful building, Salomon de la Brosse was entrusted with the construction of the beautiful palace.

At present, it’s the place of the French Senate, the upper house of parliament. The palace opens to a beautiful garden, which is one of the most magnificent places in Paris. It is also the most-loved places in spring and autumn. 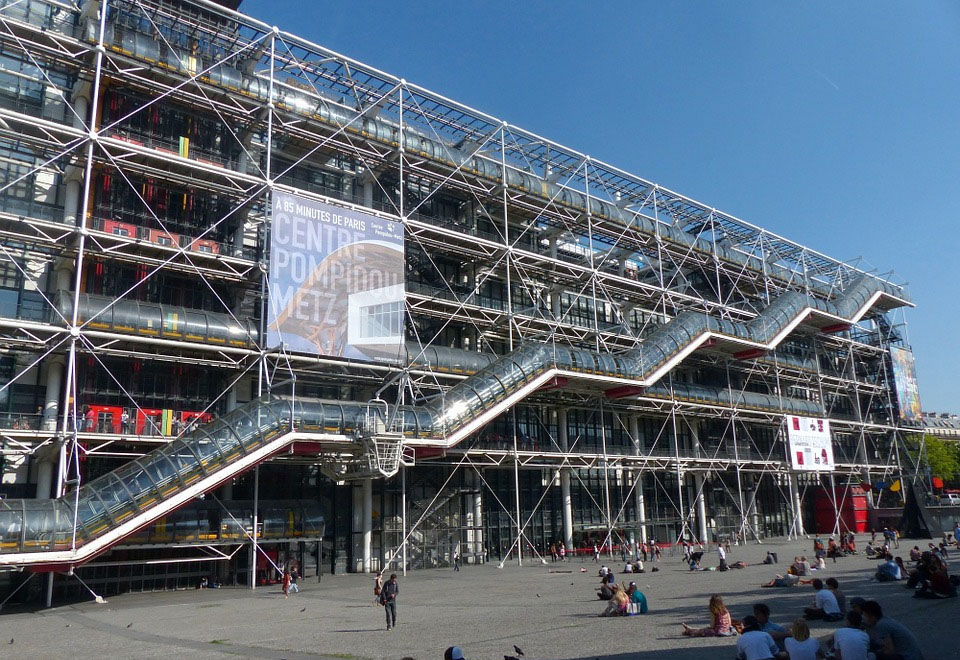 Situated in the district of Beaubourg, Centre Pompidou is one of the most visited museums of France. The mall lies in the precinct of Les Halles, and it was designed by the famous architect Richard Rogers, Renzo Piano, and Gianfranco Franchini.

The construction of this multicultural complex was actually the concept of France’s Minister of Cultural Affairs. The idea was to make Paris a new center of art and culture. The design of the building was chosen out of 681 competitive designs available. History was made for the first time when architects from around the world were asked to participate. The selection of the final design was announced in 1971, in a memorable press conference. 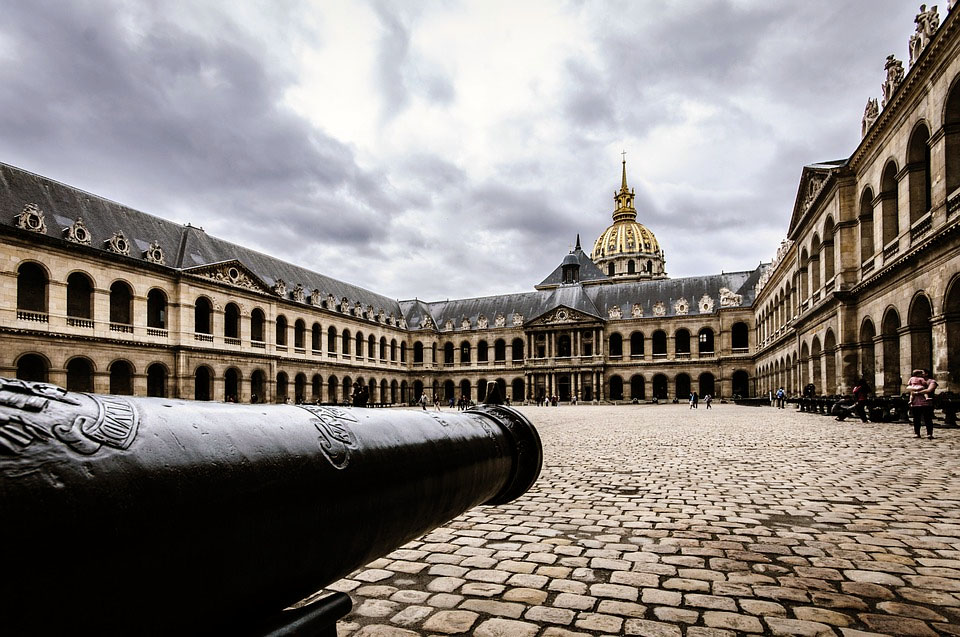 Situated on the West bank of the Seine River, Hotel Les Invalides is recognizable by the golden dome that reaches almost 107 meters in height. Built by King Louis VI for the homeless and wounded veterans who were a part of the King’s army, the building has a rich history. It houses the tomb of French emperor Napoleon Bonaparte. The infrastructure, which is now a famous hotel, also shelters three famous museums like the Army Museum, the Order of Liberation museum, and the Relief Map Museum.

Situated just 30 minutes from the heart of Paris, the Versailles building is an ideal ensemble of Parisian architecture, a gorgeous piece of art, which once used to be the residence of French monarchs. After the French revolution, the government took over the official residences and turned it to a place of a tourist destination.

The very first view of the palace is a Gothic architecture with tombs and vast arcades in golden color. The opulence and magnificence of the structure speak of the glorious past and the flamboyance of the French monarchs. King Louis XVI and his queen Marie Antoinette used to stay in the palace, which was open to the royal guests only and there was strict ‘no entry’ for the common men. Explore the royal bedrooms and other necessities that are now on display. The paintings and chandeliers will appear as if they are just freshly completed. The trail down the balcony and the stairs will remind you of the queen when she uttered the infamous words, ‘Let them eat cake,’ and that sparked the flames of the French revolution.

Built in between 1861 and 1875, this theatre is a 1979 seated opera. The architecture of the opera house is influenced by baroque revival and beaux art. You can buy entrance tickets and explore the venue of some awesome art. See the grand escalier leading to the thirty-meter high vault, and the alluring chandeliers that attract every photo freak who visit the place. Hear stories associated with every stone of the building; don’t be a nudge to hear stories about the ‘Phantom of the Opera,’ as a slight breakage of the string of the chandelier leads to a death in the opera. Love the costumes on display and learn about the three decades of history of the theatre from the great collection of book in the library. 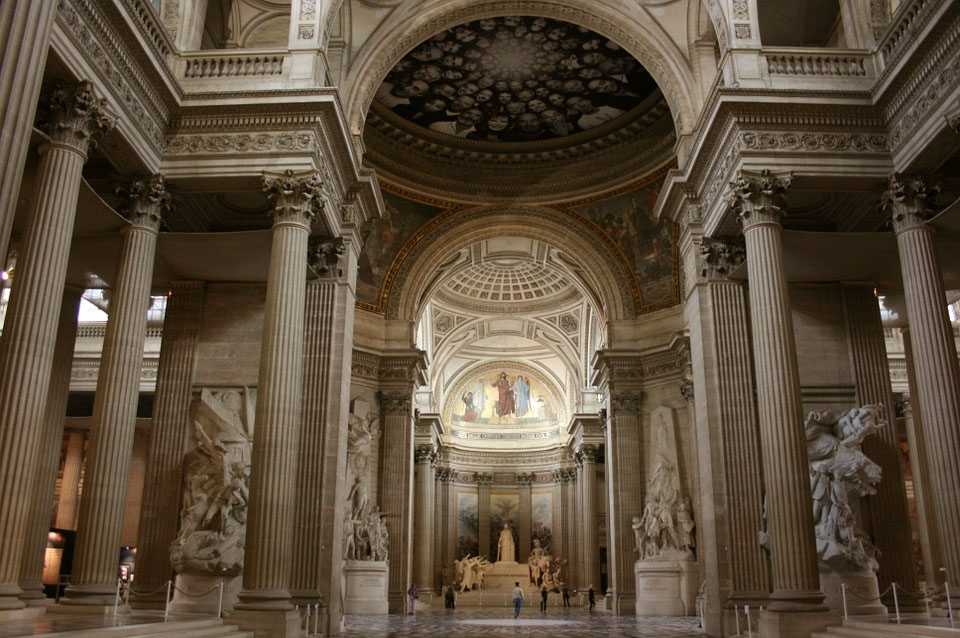 The word Pantheon is derived from the Greek term ‘pantheon,’ that means temple of God. Situated at Latin quarters, Pantheon was built by King Louis XVI in 1744 after he got recovered from his terminal illness. Feel the history elaborated by your guide as you witness the names of people encrypted and commemorate them. The architect Jacques German Soufflot designed the Pantheon with the intention to combine brightness and light.

If you’re interested in exploring the details of French art from 1848 to 1914, you should visit the Musee d’Orsay which has a collection of paintings, sculptures, photography, and furniture. You will be amazed to know that that building was originally a railway station and later built to shelter the treasures of French art. Do not forget to see the clock which is the iconic representation of retro age France. 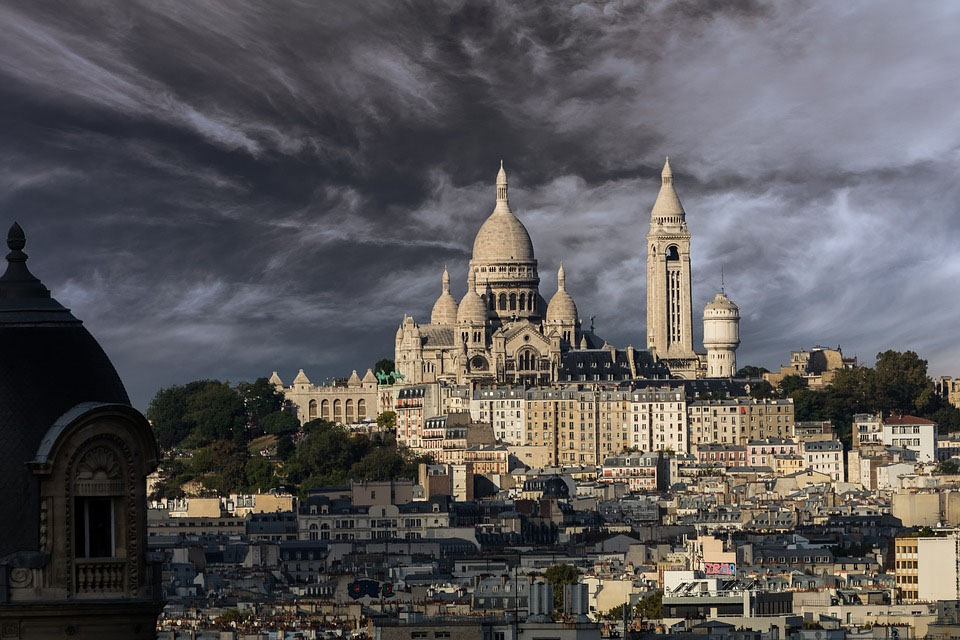 This building is the representation of the sacred heart of Paris, a Roman Catholic Church and a minor basilica situated in Paris. The monument is a penance of the defeat of France in the Franco-Prussian war in 1870. If you hear the history attached to the monument, its honor to the 58,000 men who lost their lives during the war. The structure will speak of a Romano-Byzantine feature, with unusual architectural vocabulary.

The Conciergerie was originally a prison but presently used for law courts. The place is significant as hundreds of prisoners were taken here and executed after the French revolution began. Do not forget to view the Guillotine, to pay homage to those thousands of monarchs who were beheaded. Also, pay a visit to the hall of guards, which is one of the largest surviving medieval parts of the Conciergerie.
Visit the remains of the Bastille prison which once used to be the shelter for imprisoned monarchs. Hear stories from your guide about the English French war that longed for about a century.

This is one of the major public squares of France. Designed by Agnes Jacques Gabriel in 1755, this place represents the most squared octagon lying between Champs Elysees and the Tuileries Garden.

Be enthralled to hear the stories from your guide that this structure was used in 1789 to install the Guillotine that flashed lives of several French monarchs like King Louis XVI, Queen Marie Antoinette, Charlotte Corday, Georges Danton and many more.

Paris is although denoted as the city of love, yet it has experienced one of the worst chapters of execution and bloody history, with the fall of Nepotism and rise of Democracy. Explore the varied architectural history walking down memory lanes and rediscover the place of monuments.