I'm Elena, a 25 year old writer and travel blogger. I love to travel whenever I get a chance and I also write for travel blogs. Here are my articles, have a look!

China is an expansive country with a vast history of 5,000 years offers a lot of breathtaking places to see and experience. With an impressive cultural essence and amazing displays of its age old civilizations, China attracts hundreds of thousands of tourists to its land each year.

My visit to China has been one of the most wonderful experiences so far. In this article, I am going to highlight a few of the charms of this fascinating country. You might have your list of places, but the following list of historic tourist, cultural and historical sites will make your visit a lifetime experience! 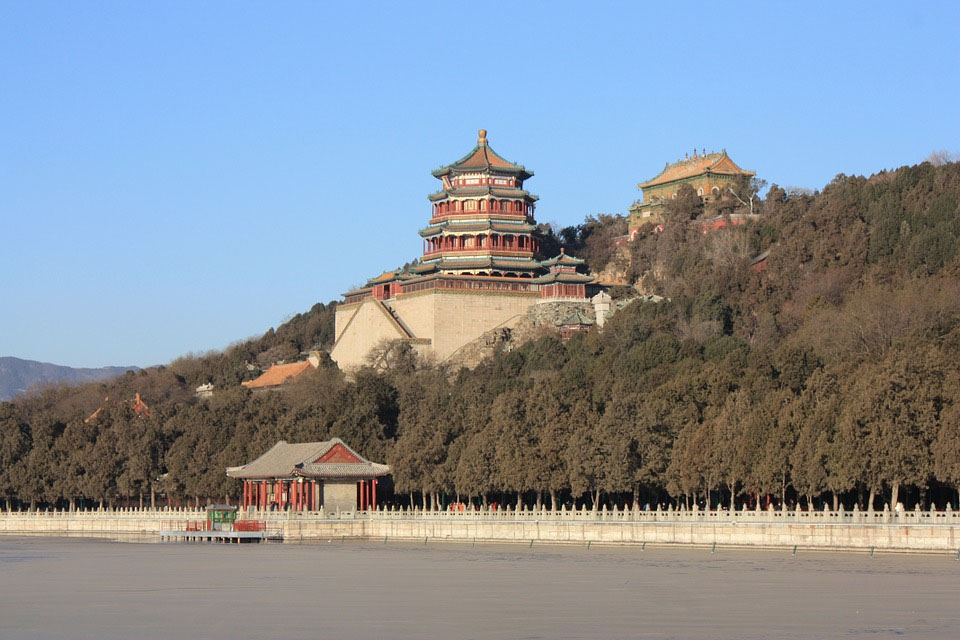 The Summer Palace near Beijing, China

Summer Palace is one of the most attractive and a must-see place for nature, architecture as well as history lovers. This masterpiece of culture and natural views is about 15 kilometers away from Beijing. The Summer Palace dates back to the 12 century, and the Kunming Lake was later added in the 14th century to supply water to the palace. This palace is a sign of traditional Chinese architecture and history. The Summer Palace offers both historical sites and beautiful landscapes. To truly take in all the amazing things to see, it takes about 6 to 8 hours for a complete tour of the palace. Taking the subway is an easy way to reach this site. This whole place includes the court area, Kunming Lake, longevity hill. It offers boating in the Kunming Lake and ice skating in the winter. It also consists of a traditional dance performance in the historic theater. Considering the weather, March and April are the best months to visit the Summer Palace. 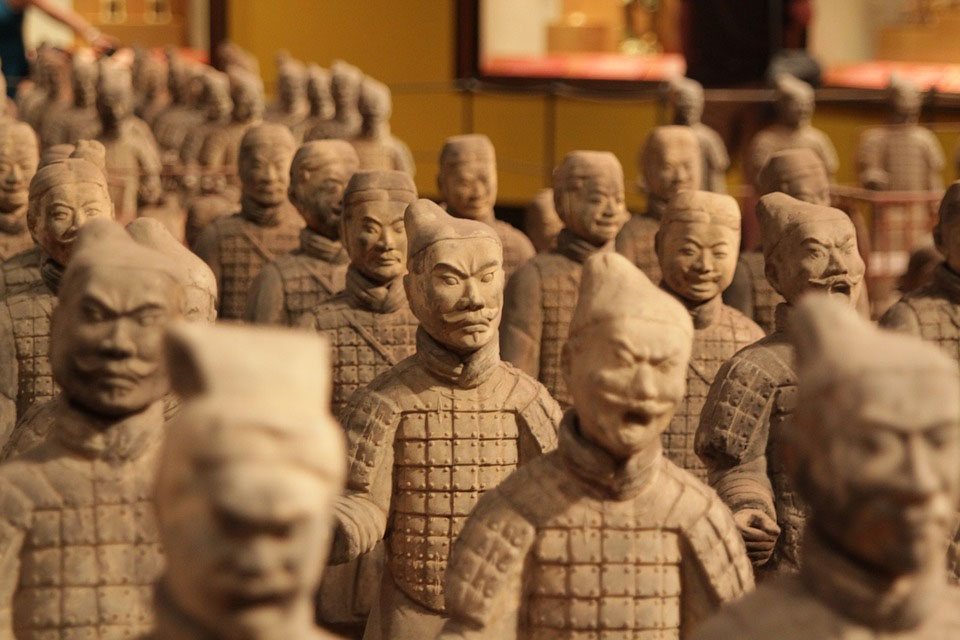 Each Terracotta Soldier has a Unique Facial Expression

The Terracotta Army, also known as terracotta warriors and horses in Xi’an, is China’s most famous archaeological dig. It was built 2000 years ago by China’s first emperor Qin Shihuang to protect him in his afterlife. Terracotta warriors were first discovered in 1974 by some farmers. The unique thing about this place is that every warrior has a unique hairstyle and facial expression. 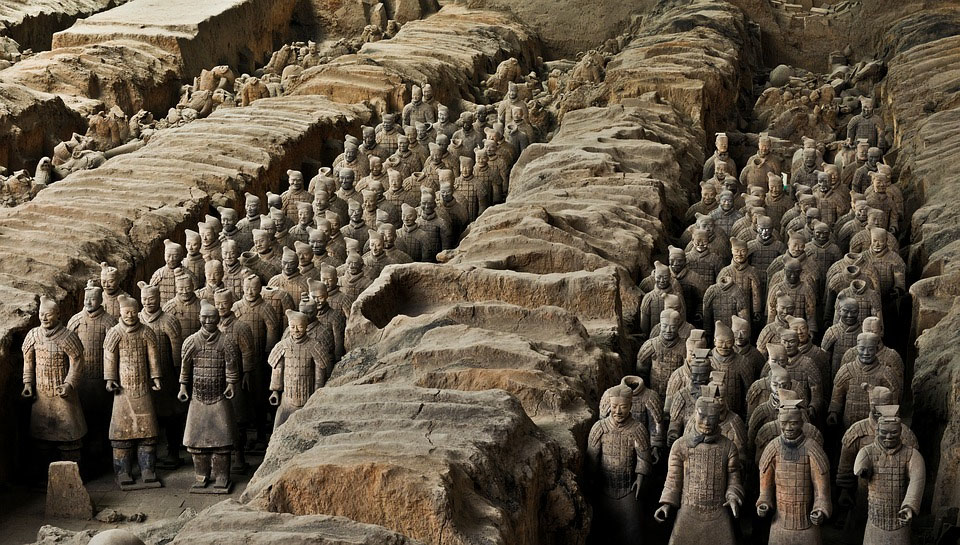 An Army of Thousands

There are almost 8,000 terracotta warriors, horses, and chariots in this incredible display. The Terracotta Warriors are divided into three pits. The first pit contains nearly 6,000 warrior statues standing at attention. Pit number two contains archery, cavalry, and mid-ranked officers. Pit number three includes highly ranked officers. It is about 25 miles from Xi’an, which makes it about a 1-hour drive from Xi’an. It takes about 3 hours to visit this amazing place. 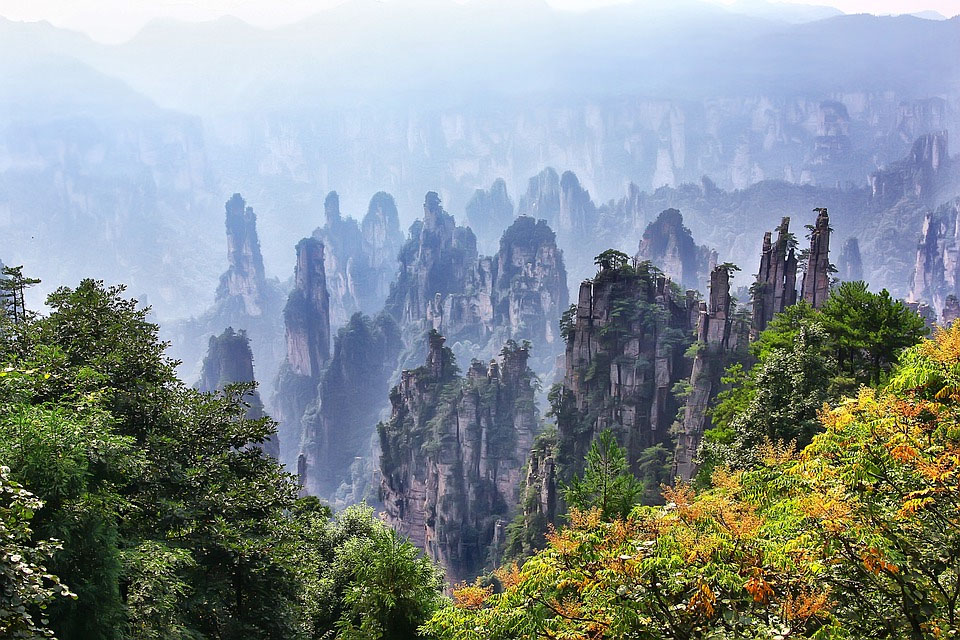 The Zhangjiajie Forest in the Hunan Province of China

Zhangjiajie is a land of spectacular natural beauty situated in the northwest of Hunan province. This area is a paradise on Earth because of its breathtaking views. Zhangjiajie is a must-see place for people who love adventure, offering mountains, plains, and rocky karst areas.

The most famous attraction is the Zhangjiajie National Forest. A five-finger top is a must-see place for every visitor. Tianmen Mountains are situated 8 kilometers away from Zhangjiajie city, and it is the second national forest park in China. The places to visit here is Tianmen Cave, Tianmen Temple, Tianmen Glass Skywalk, and you can experience the longest cable car. Green mountains surround Baofeng Lake. People usually came here after hiking to see this peaceful and crystal clear lake. Yellow Dragon Cave is a popular place in Wulingyuan. The cave has both wet and dry layers. It is a natural cave containing different attractions that are unavoidable for everyone. 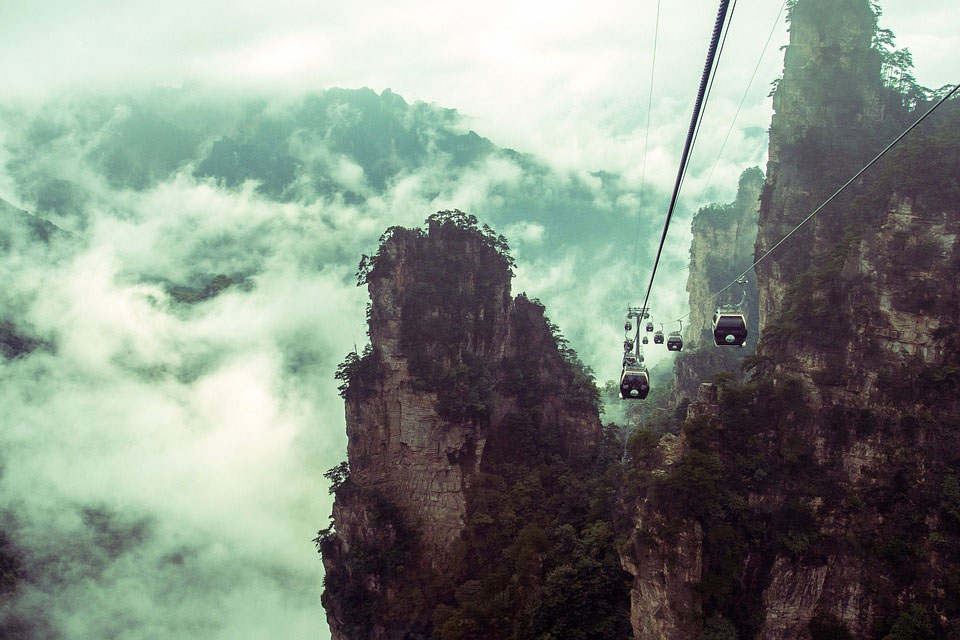 One of China’s most attractive places for tourists is Stone Forest, situated 90 Kilometers away from Kunming city in the province of Yunnan. According to geologists, this place was formed 270 million years ago. In prehistoric times, this area was under the ocean but, with the passage of time and a receding sea, it was transformed into an area of giant stones. These giant stones with different shapes are a tourist attraction for locals and international tourists alike. The stone forest is divided into eight sections known as the Stone forest, Naigu Stone Forest, Chang Lake, Zhiyun Cave, Lake Yue, Dadieshui Waterfall, and Qifeng Cave. The most famous and the most crowded areas are Major Stone Forest and the Minor Stone Forest. These areas are well attracted because of a large number of giant and stunning stones. These stones are in the shape of trees, animals, and some of the stones are even in human shapes. Apart from Major and Minor Stone forest, 8 Kilometers away lies the Naigu Stone Forest. It is less crowded and almost a silent area. The stones are dull and ancient and nearly black, giving strange feelings to the visitors. Coming here by train is the best option. 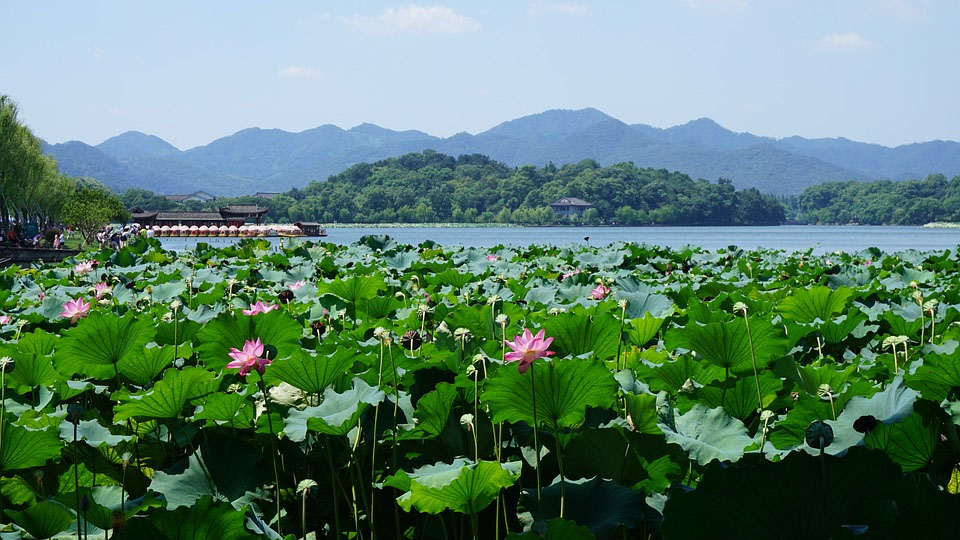 West Lake is a remarkable sight of nature located in the west of Hangzhou. This beauty of nature has attracted many poets and painters over time. It represents the true colors of nature and Chinese culture. This lake is also named as UNESCO World Heritage Site in 2011. It covers an area of 6.5 square kilometers and contains temples, pagodas, and three islands. Three fourth sides of the lake are surrounded by beautiful mountains. This freshwater lake surrounded by green mountains will enlighten your dull mind tired of routine work. There are many breathtaking scenes like watching the moon over the lake in autumn, lotus flowers in summer, lingering snow falling on the broken bridge in winter, three ponds mirroring the moon, and the ringing of the bell in the evening at the Nanping Hill. This lake is one of China’s most famous sites to watch spectacular sunsets. The best way to experience this naturally blessed lake is by boat. The best thing about this lake is that it is a must-see every season.

I'm Elena, a 25 year old writer and travel blogger. I love to travel whenever I get a chance and I also write for travel blogs. Here are my articles, have a look!

View all posts by
Elena Michael
GET THE LATEST!
eNEWSLETTER
Subscribe Now!