There are many interesting sites for tourists to learn about the town of Gettysburg, Pennsylvania where the Civil War was once fought. Visiting the museums and battle grounds you can learn about the reasons why the war occurred. You will see a summary of each battle sequence and what the soldiers went through for their country.

The Civil War (1861-1865) was fought between two powerful forces within their own nation — the Union and Confederate armies. It was instigated for reasons in which the North had to withhold several states to remain undivided as a country. Those territories were bounded by black slavery and throughout most of the other southern states as well, for that was the main reason to go to war. Some of them tried to escape from white supremacy by building an underground railroad that would take them up North, which can be seen at Gettysburg’s Wax Museum. 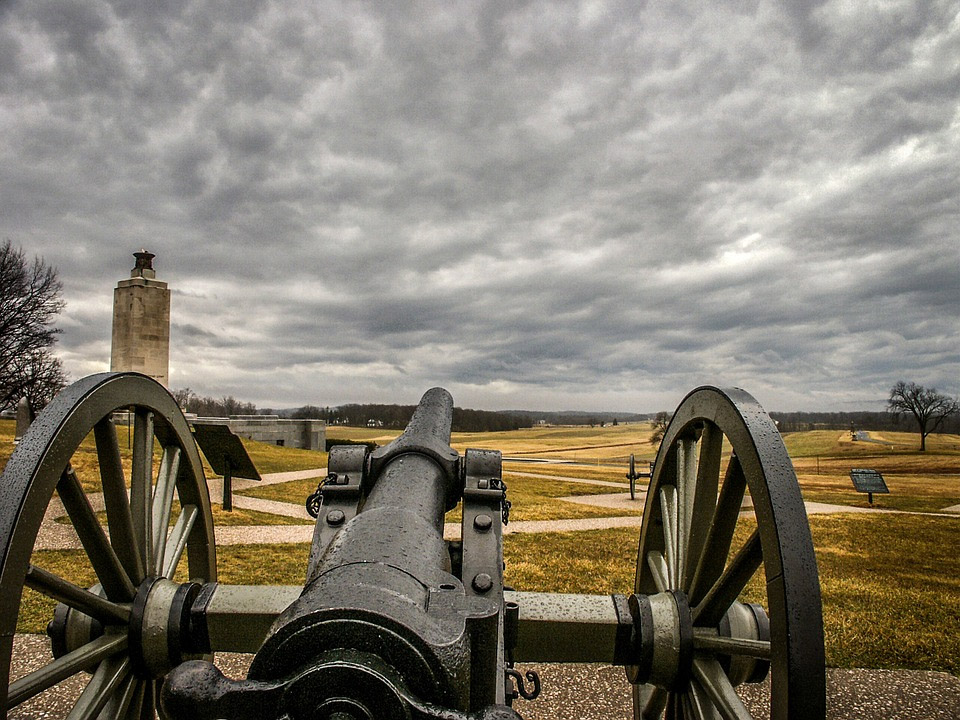 There is an incredible amount of Civil War History found at the Gettysburg Museum. From Jenny Wade’s death at her home to President Lincoln’s assassination. Lincoln, who announced the Gettysburg Address, ordered the Emancipation Proclamation to end black slavery. You can listen to his Gettysburg address at the Hall of Presidents, which is another museum that educates people about United States History.

Gettysburg has vivid places to see the weapons that were used during the war, including General Lee’s Headquarters, which is now partly a restaurant and gift shop. Inside a glass wall, they have a collection of bayonet rifles and swords, as well as other kinds of weapons that were of significant value. Medical tools are displayed to show how wounded soldiers were treated, using alcohol and surgical methods to save lives. Another restaurant to eat at is named after General Pickett, a diner that serves an all you can eat buffet. General Pickett, under the command of General Lee, led the South in what was called “Pickett’s Charge at the third and final day of battle.” A statue of Lee is located on Confederate Avenue, where you can learn about who he was as a person and military general, his religious beliefs and mixed feelings about the war. Other places to tour are the battle fields of Little Round Top, Big Round Top, and Devil’s Den, where one of the bloodiest battles took place. Generals on the side of the Union army included Ulysses Grant and George Meade, who helped defeat Robert E. Lee’s invasion of the North. And on July 4th, General Lee finally surrendered in a small town of Mississippi to General Grant, for victory over the South was attained to end slavery and the separation of states.

Besides all of the historical aspects of Gettysburg, they also have places to enjoy recreation and food. They have fancy restaurants on populated streets to order your favorite dinners, whether it’s seafood, Italian, or barbecue that come in all kinds of different recipes. If you go to one of their theaters or play miniature golf there, you will find fudge kitchens and ice cream parlors near by for a night out at one of the most historical and wonderful places to visit.