Daniela McVicker is a freelance writer and blogger. She is a graduate of Durham University and has an MA in psychological science. Daniela also writes travel articles for TravelingLifestyle.net. Her passion is traveling and finding ways to enrich students’ learning experience.

Connect With The Author
View all posts by
Daniela McVicker
Travel & Touring Articles
Home >> Travel & Touring >> Tips to Save Money While Traveling as a Student
February 22, 2019

Did you know that over 90% of people who missed out on the chance to travel in their student days say they regretted it within 2 years of entering the world of work?

It’s eye-opening statistics and one that shows you just how important it is to make the most of your time in college. The problem most students have is that they aren’t able to save their money. College is an expensive time in your life, but there are plenty of ways around it. To make your life a little bit easier, we’ve put together a handy 5 minute read that will tell you how to make your money go further when you’re traveling the world.

Book Your Flights as Far in Advance as Possible

If you want to be able to make your money go further, then you need to start planning as far in advance as possible. Airlines like to ensure they have as many people booked in as they can, which means they open up their tickets for sales typically one year ahead. If you have the chance to get in early, grab it because you’ll likely grab a bargain at the same time.

Fly at Unsociable Hours to Get Better Airfares

If you fly when no one else wants to, two magical things will happen. You will have loads more space so you can stretch out if you’re traveling long haul. And you won’t have to pay anywhere near as much as if you flew at lunchtime. Ideal for stretching your money that little bit further. 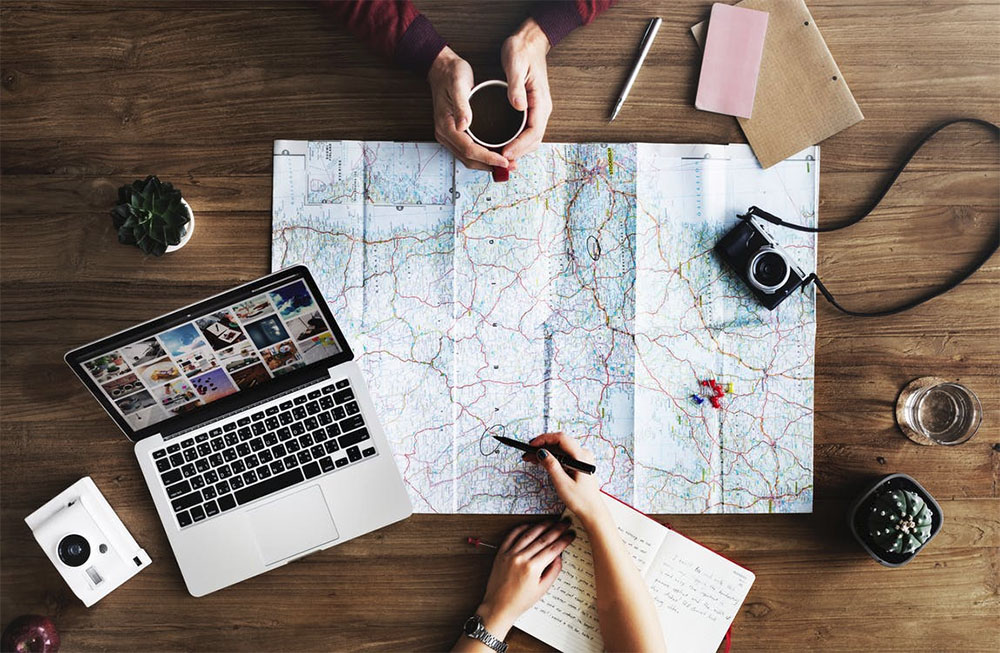 Travel passes are always more expensive than a single one-off ticket, but before you know it you’ve spent double on your half a dozen one-way tickets than you would have spent on a pass. If you plan on basing yourself in a city or metropolitan area for more than 24 hours, it really will pay dividends to pick up a pass. Think of it as an investment that will allow you to stay away for a few extra weeks, and you won’t begrudge getting one the moment you land.

Don’t Go to a Grocery Store When You’re Hungry

Cooking in your hostel might sound like a great idea, but don’t venture to the store when you’re hungry. You’ll end up buying all sorts of extra stuff, and if the experience is anything to go by you won’t eat half of it. Go first thing in the morning after your breakfast, and have a meal plan in mind.

“When I was a student I used to do a meal plan every week. Whether I was away or at home, it really helped me get great value for money” — says Andrew Thomas, Brand Manager at TopWritersReview.

Impulse purchases can quickly erode your daily budget, and leave you with a rucksack full of clutter that you have to carry around for the rest of your time on the road. Eventually, you will see something that you really do love, and that’s great. Treat yourself. But follow the 2-day cooling off rule before you buy anything. If you still want it 2 days later, then as long as you can afford to, you go for it.

The locals know a bargain when they see one, and you can be sure that they know what represents value for money in their home town. Tourists are on holiday, jovial, and often oblivious to the fact that they might be paying a premium.

You might be a traveler too, but you’re trying to do it on as small a budget as possible. This means that you need to find out where the locals dine out in the evening and head on over. Even if it’s 10% cheaper than the tourist strip around the corner, it’ll soon add up to a noticeable saving.

Taking home something you really love is one thing, but carrying half a bag of cheap souvenirs home is another. They’ll quickly eat up your money, and you don’t really need them, do you? Keep your wallet in your pocket, take a photo if you have to, and then walk on by to the next sight you want to see.

If you qualify for a pre-paid credit card, then it can be a great way to carry your money with you in a safe and secure manner. Standard credit cards will start charging you interest the second you withdraw cash from the wall. If you want to travel the world and see some amazing sights without incurring a large amount of interest, look for an affordable pre-paid credit card.

There is no shortage of money saving tips that you can put into action as a student. So don’t make the mistake of thinking that you need to wait until you enter the world of work to save any serious money. Changing your phone tariff so that it works abroad for the same cost it does at home is a great way to get started. Do it today, and you’ll be one step closer to traveling in style on a super lean budget.

Travel with a Buddy and Split the Costs Wherever You Can

The last tip to give some thought to is whether or not you can find a buddy you want to travel with. Not only will it be great to have someone to share your once in a lifetime experience with but it could also save you rather a lot of money.

Double rooms are a lot cheaper per person than singles. If you’re eating out, you can get sharing platters and split a side. Cab fares are a lot less than twice the price for two people. The list goes on and on. Just make sure that you choose someone whose company you actively enjoy. Don’t just take someone along for the ride because they’ll save you money!

Daniela McVicker is a freelance writer and blogger. She is a graduate of Durham University and has an MA in psychological science. Daniela also writes travel articles for TravelingLifestyle.net. Her passion is traveling and finding ways to enrich students’ learning experience.

Connect With The Author
View all posts by
Daniela McVicker
GET THE LATEST!
eNEWSLETTER
Subscribe Now!

7 Must-Have Items When You Are Planning For a Recreational Act
Top Places to See in Stockholm Sweden
The People and Culture of Rishikesh
What To Do On A Tanzania Safari
We use cookies on our website to give you the most relevant experience by remembering your preferences and repeat visits. By clicking “Accept”, you consent to the use of ALL the cookies.
.
Cookie SettingsAccept
Manage consent