Hello, Susan Aliya is here. I travel in many countries of the world and write the reviews on my personal experiences so in a way or other that can help you. I lived in Spain for at least two months and explored every nook and corner of the country. that would help you If you are a beginner tourist, my reviews will surely help you in traveling and rightly exploring the world.

Things to Do in Portland

There are a lot of things to do in Portland with Families. An itinerary across the states of Oregon, Washington and Idaho in the US Northwest offers great natural beauty with the green Cascade Mountains and large Columbia River and a cool city vibe.

Many of the places we discuss in this article can be booked as part of a modular tour program such as the “Portland Tour” and “The Oregon Route”, as well as in combination with other -modules of the “Wonders of the Northwest” route. It is possible to draw up a custom itinerary for your budget, number of days and tour route.

The “city of Roses” as figuratively called Portland, has been repeatedly recognized as one of the most favorite cities in America to live and also visit. In has a cool, trendy vibe in the city which is also a center of business and culture.

Be sure to visit the world-famous rose garden, fabulous city parks, the fashionable Perl area and also take a short walking tour of the historic part of the city. In the downtown area you can admire the stunning panorama of the city which is beautifully situated along the Willamette River. Adding character to the city are the 10 bridges which span the Columbia and Willamette Rivers, each one has its own unique appearance and curious history.

For those who wish, it is possible to visit around the apartment building where the well-known Twilight Movie saga took place and where the Cullen family of vampires briefly settled.

Portland has a thriving craft Beer scene which is very popular at night. For those that wish to enjoy a cold one or two, consider taking a walking tour of the famous Portland breweries complete with beer tasting. 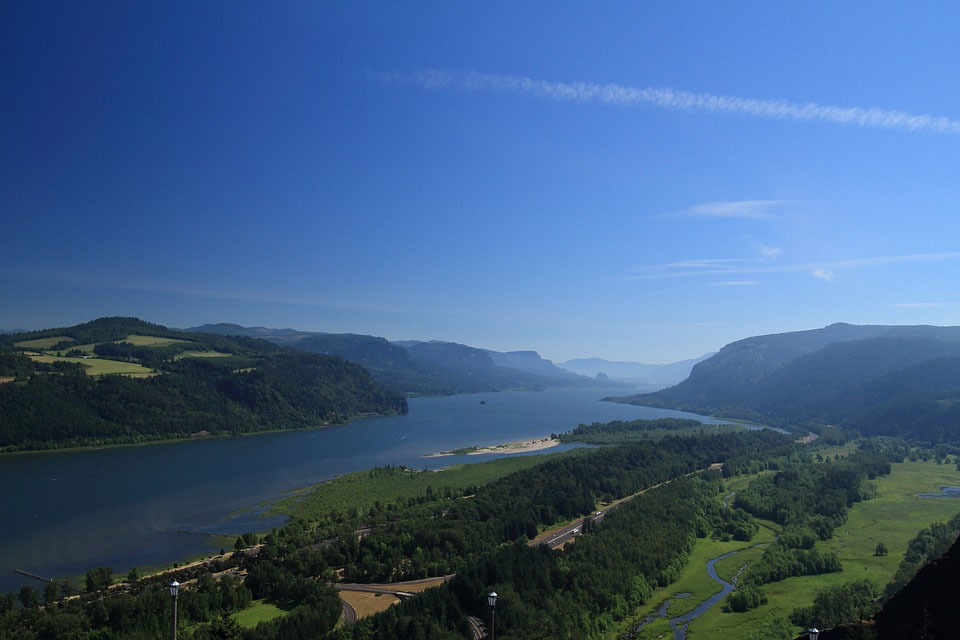 Now go to explore the natural beauty of the surrounding Portland area and you will see three unique wonders of nature: The mighty Columbia River rapidly carrying its waters into the Pacific Ocean. Multnomah Falls, the 2nd tallest in the USA; as well as the majestic Hood Volcano, proudly rising above all this magnificence. The drive along the historic highway WA-14 will offer beautiful views and unusual buildings rich with history. The famous Maryhill Museum with a large collection of magnificent works of art. No less impressive will be the stone megalithic structure, built in 1918 in the likeness of the famous Stonehenge in the UK.

The famous Oregon National Park – Crater Lake was founded in 1902. Of particular importance is that Crater Lake is the deepest lake in the USA (1949 ft) which gives it a fascinating turquoise water and surrounds two picturesque islands in the middle of the lake. It is surrounded on all sides by cliffs about 2,200 ft high and provides a vivid example of the violent volcanic past of the Pacific Northwest.

On the way to Crater Lake, you will visit Eugene, the second largest city in the State of Oregon. Eugene is a college town, home of The University of Oregon with an outstanding academic reputation and very successful athletic programs with Ducks as their mascot and team names. Eugene has a unique vibe to the city because of the large college student population which also attracts artists, musicians, the green movement, craft beer as well as the birthplace of Nike.

Continue to explore the beauty of Crater Lake on the way to Oregon Volcanic Reserve – Newberry National Monument. Newberry volcano erupted more than 1,300 years ago, but traces of numerous geological metamorphoses can be observed to this day. Climbing to the Polayna Peak, you can see not only the entire Newberry Caldera but many of the peaks of the American Cordillera Cascade Range. The longest cave in Oregon, formed by lava, and the most beautiful obsidian deposits.

John Day Park is famous for its well-preserved fossil remains of mammals and plants that lived in this region from 7 to 44 million years ago. You can directly see the amazing prehistoric past of Ancient Oregon by personally excavating fossilized plants and animals. You also have to go on the so-called “Painted Hills” (Painted Hills) with amazing colorful colors, which are a real pleasure for photographers.

Craters of the Moon National Park in Idaho 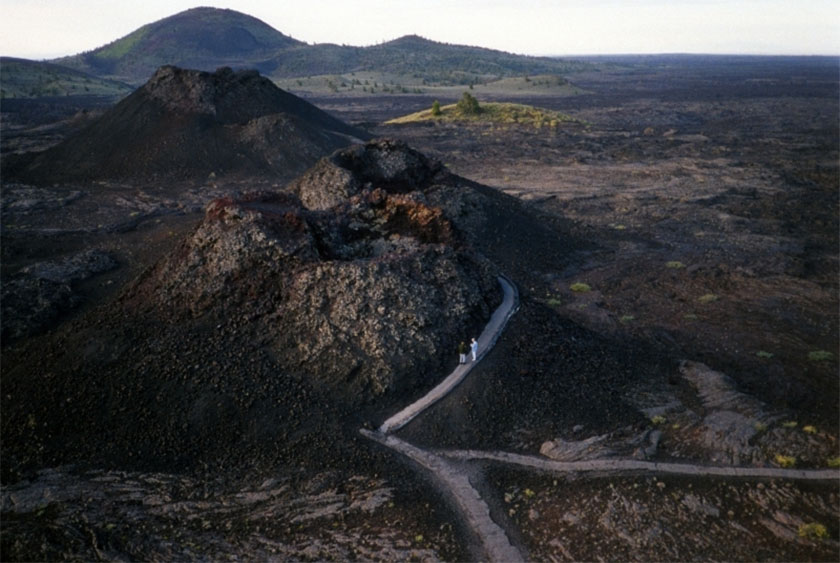 The Craters of the Moon National Preserve in Idaho is where you will see volcanic formations which resemble the craters of the Moon. As a bonus, you will get to pass through the charming small town city of Idaho Falls and the cozy town of Jackson, which is recognized as the tourist “Mecca” of that part of the country, which offers surprisingly preserved the atmosphere of the Wild West.

A road trip the Pacific Northwest using Portland as your arrival and departure points offers an incredible array of cool things to do and see. Visit Oregon and enjoy the journey.

Hello, Susan Aliya is here. I travel in many countries of the world and write the reviews on my personal experiences so in a way or other that can help you. I lived in Spain for at least two months and explored every nook and corner of the country. that would help you If you are a beginner tourist, my reviews will surely help you in traveling and rightly exploring the world.

Connect With The Author
View all posts by
Susan Aylia
GET THE LATEST!
eNEWSLETTER
Subscribe Now!