As a land of the monarchs, the United Kingdom still bears reminiscences of the castles and palaces either in fully or partially restored state. If you get an opportunity to travel to London and its suburbs for a holiday break, you should dedicate at least some time touring the royal residences of kings and queens. Thankfully, for a specific time of the year, these royal palaces remain open for the public as it fetches the cost towards their upkeep and maintenance.

Let’s check out some worth-seeing royal places and castles you should not miss while you are in the UK. 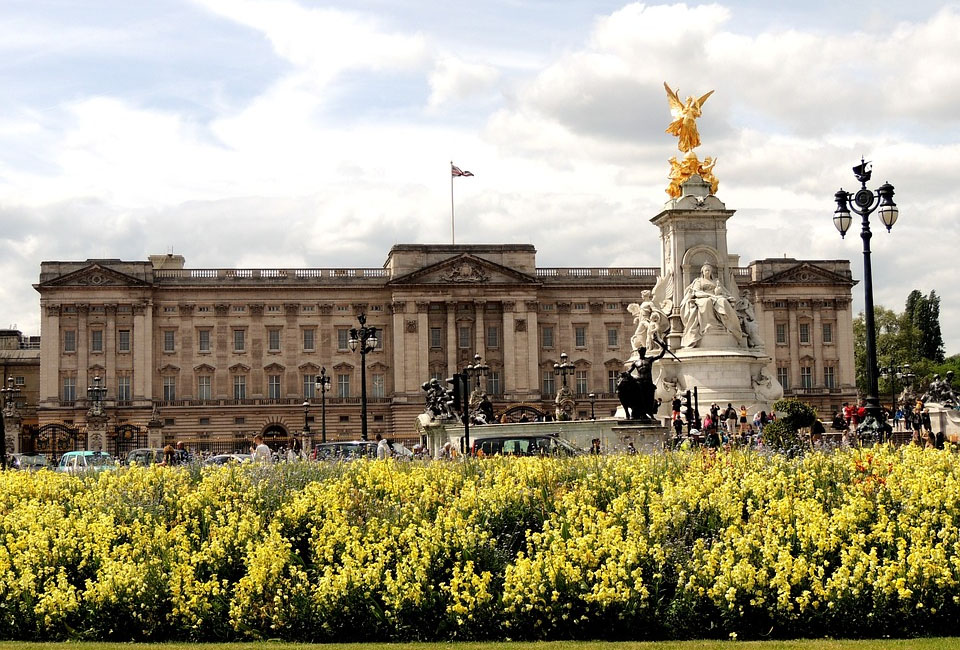 Buckingham Palace, the iconic building adhered to British monarchy was built in 1761 by King George III and dedicated to his wife, Queen Charlotte. The palace has been the center of media attraction whenever any royal events take place.

Maintained by the British government, the palace allows public viewing during the summer months, December, January, and some times during Easter. You can find professional agencies conducting small group tours inside the palace. For those of you who wonder how a royal cup of tea tastes, you may even buy a cup of tea with biscuits, hand-made at the royal residence. Explore the rooms which were once used by the monarchs of Britain. Many of you must have noticed Princess Diana being interviewed by the royal journalist for some magazines. 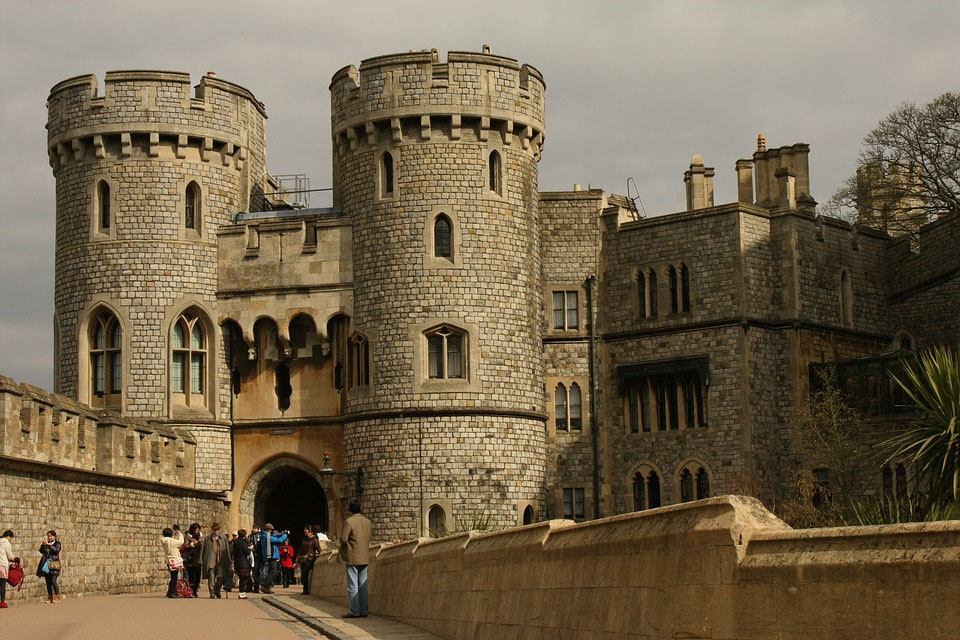 Visit the Windsor castle, which is situated just 30 minutes train distance from London. Built way back in the 11th century after the Norman invasion by King Henry I, the castle still remains as the official residence of the British monarchs. But entry tickets for taking a peek at the grandeur and opulence of this exquisite piece of architecture. Explore the middle ward, state apartment, upper ward, and of course the parks outside the palace, especially the one which is a lush green stretch across the chestnuts and plane trees. Eton College is placed just half mile from the palace, across the Thames River, reflecting the royal foundation of King Henry VI. 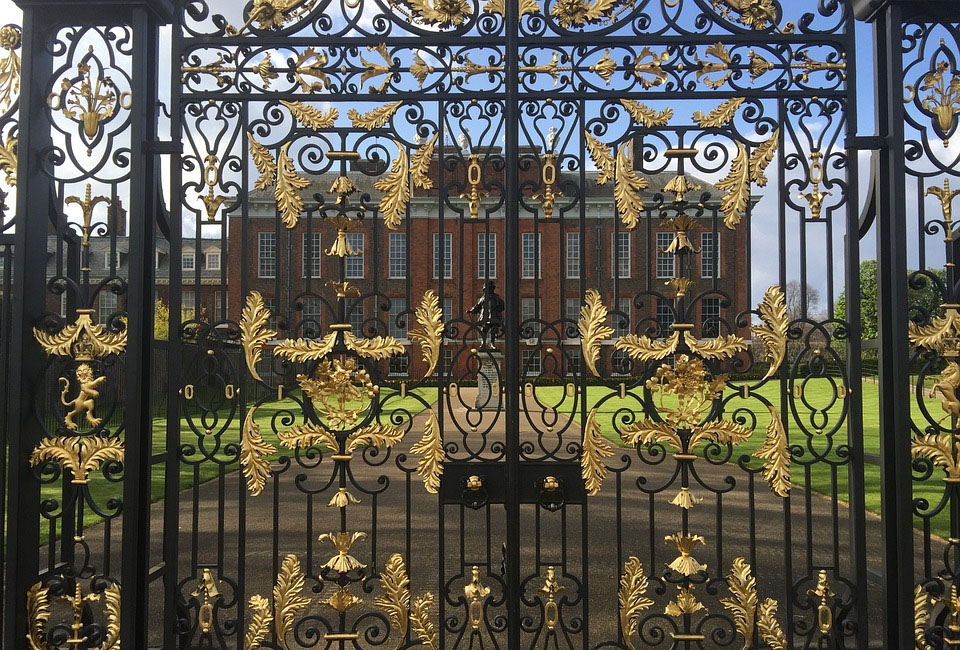 This palace is the home and refuge to the royal family since the 17th century and is the official residence of the Duke and Duchess of Cambridge. Well, they are just our well known, Kate and William, children of Charles and Diana. Built in 1605, the palace has roots in the Jacobean architecture. Also known as the Nottingham House, it is one of the coveted places in London which comes with manicured garden and the world famous Orangery. You can enjoy some famous shows that are organized here in Kensington Palace. Enjoy the highlights of the Kings staircase and the garden outside the palace. There’s also a nice café inside the Orangery which is perfect for enjoying afternoon tea. 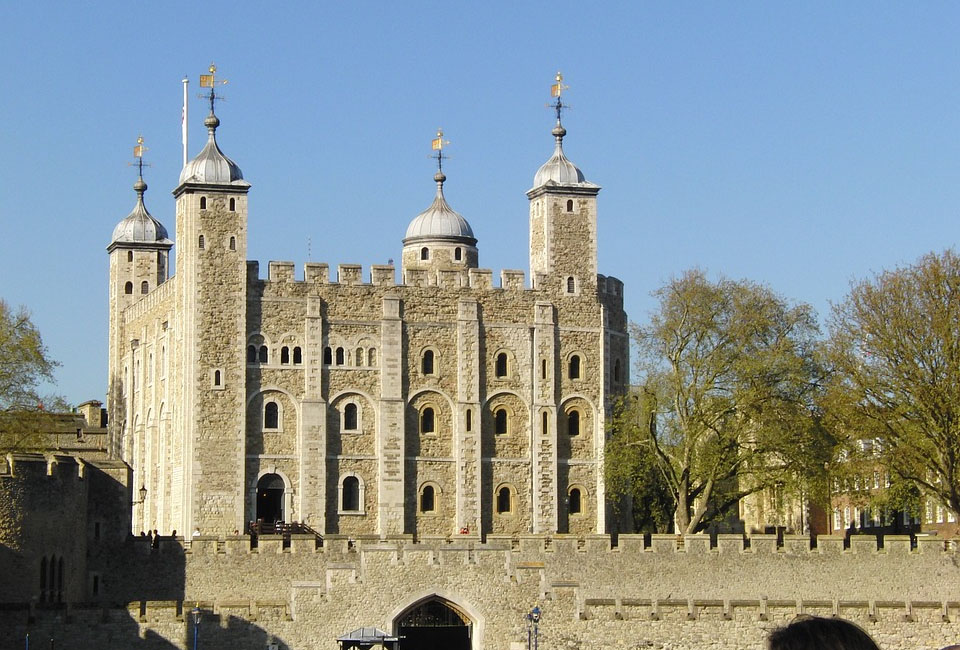 Tower of London stands tall by the side of the river Thames in London, UK. The establishment of the tower dates back to 1000 years when London experienced the Norman invasion. Buy the entrance ticket along with an English audio guide. The tower was regarded as a fortress, home for the Royals, as well as an infamous prison, known for ruthless executions. The salt tower was established in 1230, and you may see the dark walls which have some stories of torture hidden behind. The white tower and bloody tower were established in the 15th or 16th century. See the crown jewels, the most precious possession of the British Empire. Ravens are now the only animals visiting the tower, where once wild animals used to be found in large numbers. Spend a whole day inside the tower of London and discover the history of the empire. Don’t forget to buy some souvenirs from the shops outside. Bring home some fresh memories of your trip. 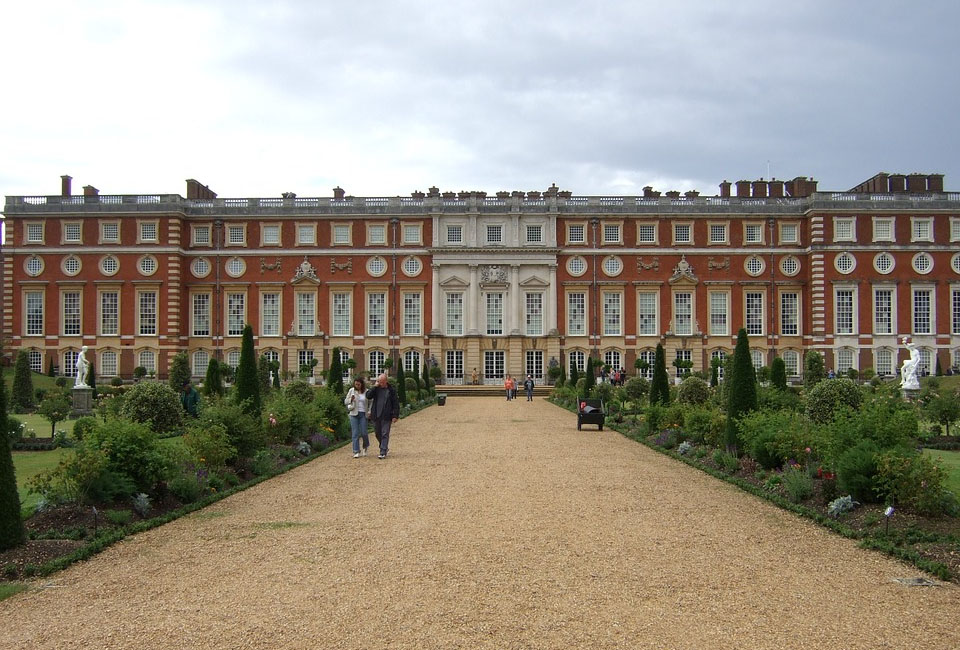 Situated by the side of river Thames, this royal palace was originally a Tudor palace created by Cardinal Wolsey in the 16th century. The palace was home to King Henry VIII and six of his wives. In 1838 the place was made open to the public during the reign of Queen Victoria. Explore the great hall, haunted gallery, Tudor kitchen, baroque place, and finally the splendid gardens. While you walk along with the haunted gallery, you will feel the moment when Catherine Howard, the fifth wife of Henry VIII, ran to plead for her life to her husband but was held back by guards, screamed and was finally executed. 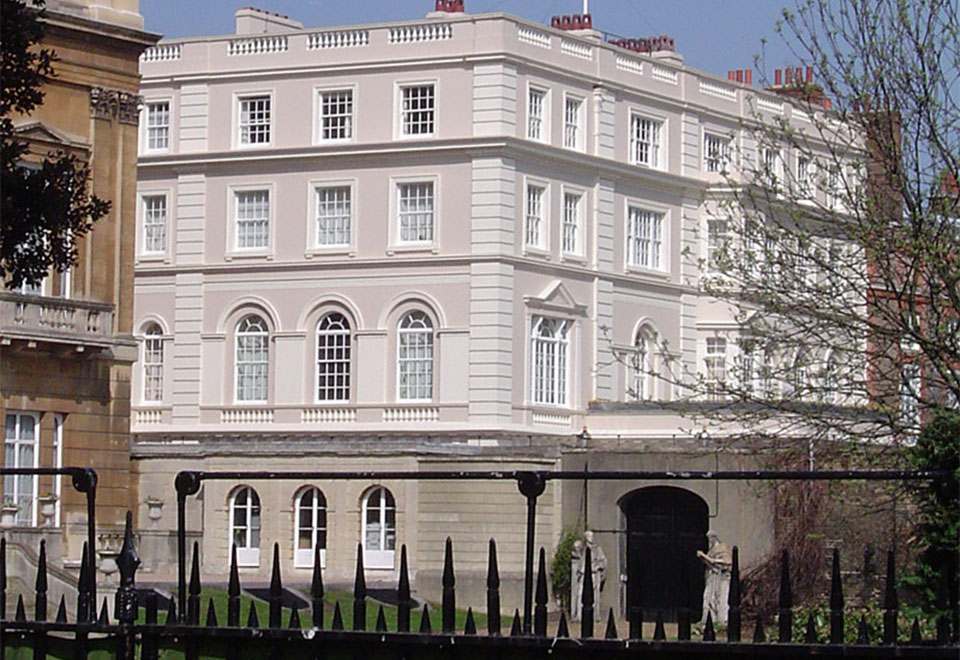 Built by John Nash in 1825-27, Clarence House was used by the Queen mother till 2002. Presently, it’s the official residence for Prince of Wales and Duchess of Cornwall. The palace is open to the public in August almost every year. See the various things put on an exhibition and try attending the special talks, lectures on royalty. 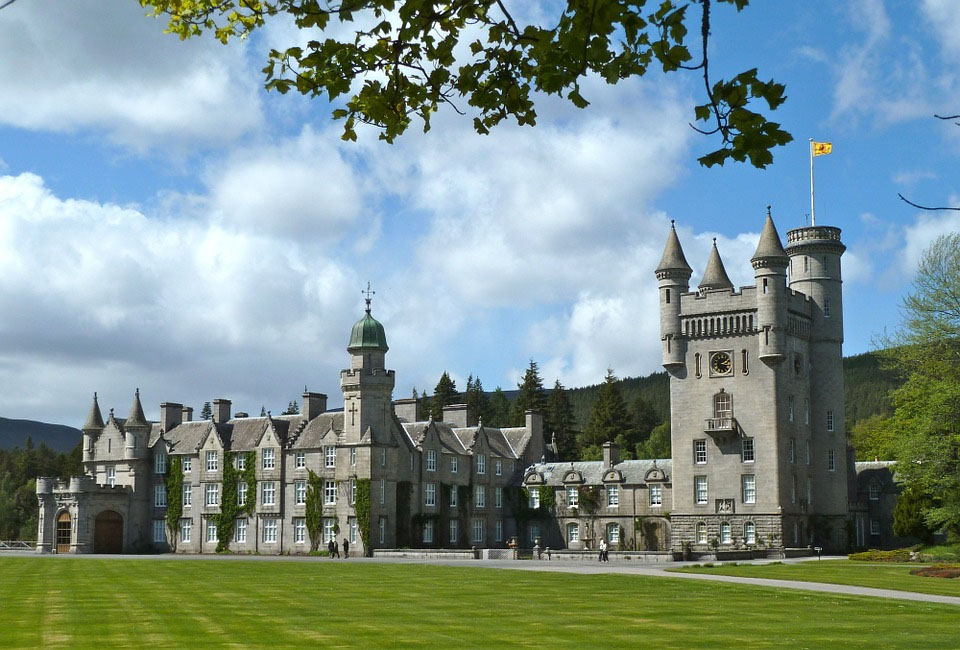 Discover Balmoral, the Scottish home for the royal family, was purchased by Prince Albert in 1852 for his Queen Victoria. The castle resembles the baronial architecture and is surrounded by gardens which were started by Prince Albert. You may take part in other activities like running a marathon, golf and fishing. Set aside an hour to enjoy the view of the gardens, exhibitions, gift shops, and cafes. The garden is open for public viewing from April to July. 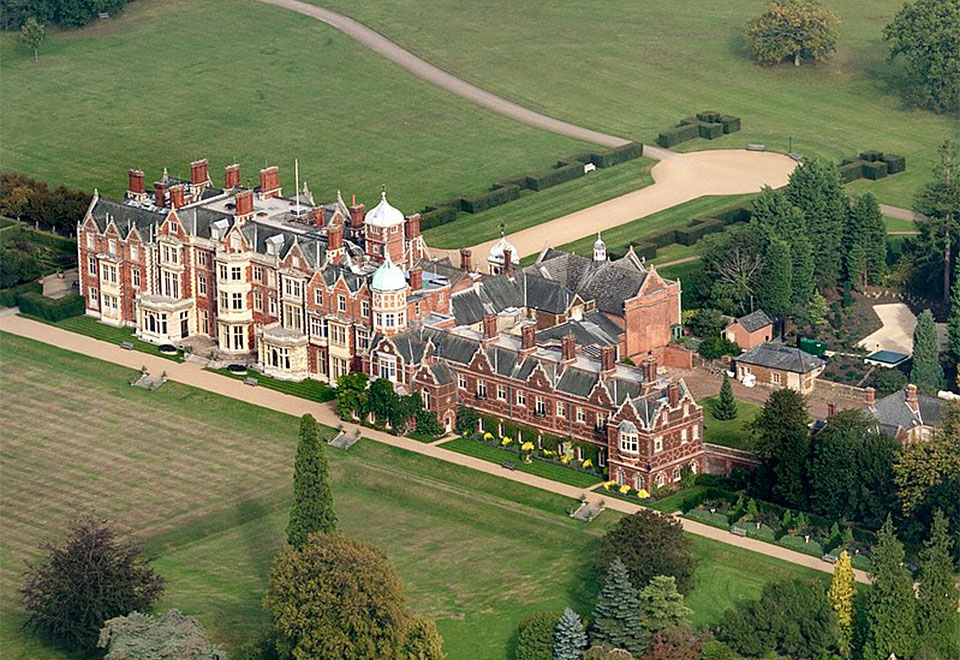 Visit the Queen’s private estate in Norfolk where you may find orchards, woodlands, and other village properties. Some farmers are given the land on rent where they practice organic farming. The palace was open to the public in 1977, during the occasion of the Queen’s Silver Jubilee year.

The royal garden at Highgrove is generally open to the public between April and October each year. The Prince of Wales and Duchess of Cornwall will welcome you to explore the history, inspiration, and organic management of the garden.

So this time when you plan a trip to the UK, do not forget to pay a visit to these royal addresses. You may choose out of the various package tours available as per your budget, and prefer champagne, tea or supper for your accompaniment.