Rushell Kayna is a travel writer and blogger. He believes that being unique is one of the best mantras of a successful writer. Rushell has a writing experience on various topics especially in travel. Traveling to experience and learn about history in different cultures and countries is his hobby.

Things to do in Portugal

Portugal is a country with a strong present and a truly important past. This is a very popular destination for people from all walks of life who appreciate and absorb the history. With plenty of things to do and great food to eat in Portugal, what other place would you want to go to spend your vacation? Explore beaches, take wine tours, go climbing, read at historic book shop or coffee shop – the list is large enough to make you want to stick around for a while!

Touring Portugal is an incredible travel experience, especially if you like everything ocean-related because Portugal extends for 500 miles along the Atlantic Ocean. The coast offers dramatic coastal bluffs, beaches, and rustic seaside villages. As you explore the Portuguese coast you will come across some really wonderful beaches and some have pleasant tide pools and inlets.

Portugal also offers the Azores Islands, which are a world unto themselves as an autonomous territory located approximately 850 miles off the mainland coast. The Azores has a population of approximately 246,000 and a culture and traditions that are genuinely Azores! Additionally, the island of Madeira is another autonomous area of Portugal, with a population just shy of 290,000.

As you venture around mainland Portugal you will be stunned by the history, classic European beauty and incredible cuisine of this small, but amazing country.

The perfect time to tour Portugal relies on the motivation behind your tour. The high season and most costly time to visit Portugal is the summer months of June, July and August. If you wish to travel for less, then consider visiting during the shoulder seasons of Spring and Fall as the climate is still fairly warm and pleasant. If you motivation is to surf, the Winter months are the best time to experience incredible Atlantic Ocean waves.

Why Go to Portugal?

You may be wondering why you should tour Portugal? We’ll give you a few incredible reasons that will make you wish you were there now!

Portuguese culture is a blend of European, Moorish, Arabic as the influence of historic conquering armies possessed the country for periods in history. As such, while Portugal is primarily a Catholic Country, you can find Mosques, Temples and other religious influences. Its remarkable food, wines, and hospitality make it a heaven for tourists. It is also easy to get to as it is approximately a 2-hour flight from the significant European capital cities and is one of the most secure European nations.

Discover the town of Amarante! 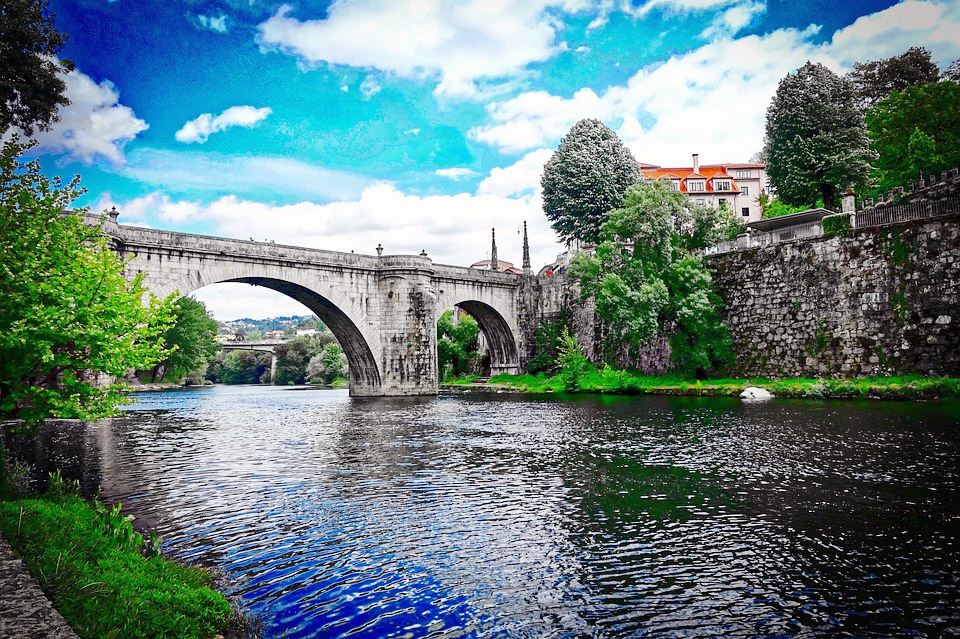 Not very a long way from Porto in the north of the nation, Amarante is a great place to investigate a portion of this delightful area. Pay special mind to the beautiful angled extension of Ponte São Gonçalo and wander the riverside course where there are heaps of independent restaurants and bistros that line the course. You will also appreciated the sweet candy and baked treats!

Found at the center of the parched Alentejo district is a standout among the most notable cities in Portugal. Evora was at one time a significant financial center where traders met and bartered their goods. It was also a religious center, and this history is reflected by the various churches and temples in the city. The city is famed for its flawlessly saved Roman Temple and kind of “creepy” bone sanctuary. Evora works at a slower pace, primarily because of the seriously hot summers. Yet, this is also a college town as the large university population is know for late nights. 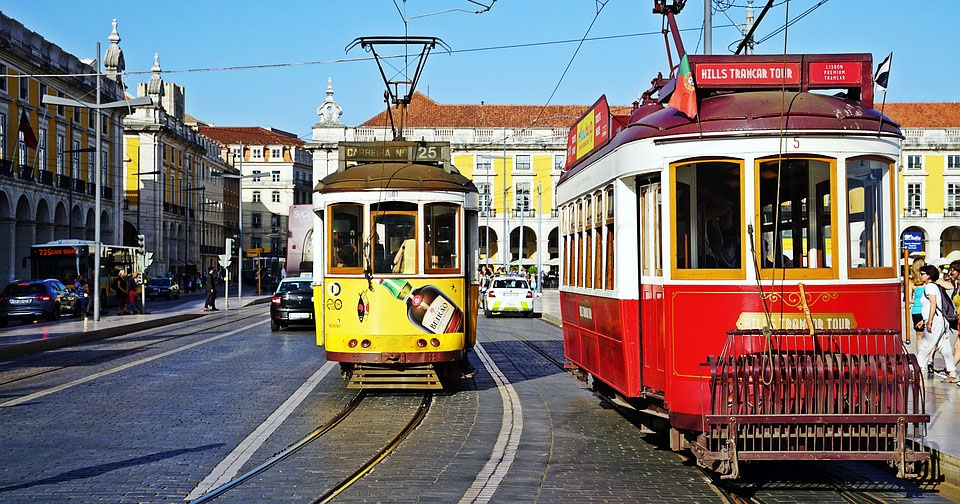 Lisbon is one of the most incredible capital cities in the world and must be the primary stop for your tour of Portugal. It is a city which offers o much for tourists; history, nightlife, culture and all of it is very entertaining. Lisbon is a vibrant and different city, which is groundbreaking and liberal yet has not overlooked its legacy and past. The city will delight as you explore with grand plazas prompting limited cobbled lanes that are analyzed by the curious cable car arrange. 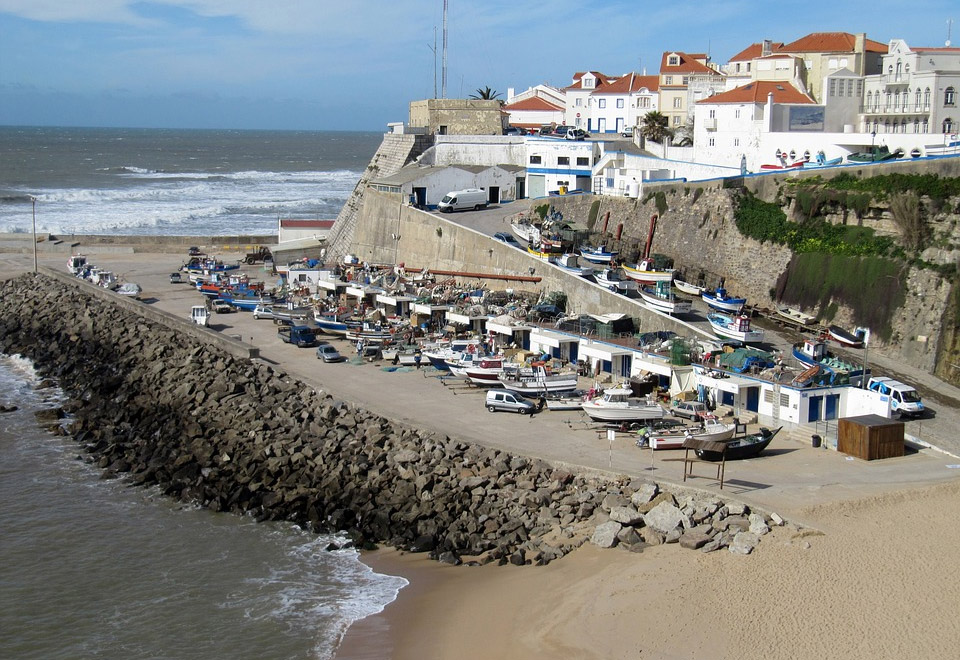 Surfing is one of the primary attractions in Portugal, and Ericeira is a little angling town with a major reputation for great surf. In the winter months, the waves become mammoth as the sea bottom creates a surge that makes for incredibly large surf. It’s likewise simple to get to from Lisbon, and keeping in mind that it’s not the nearest shoreline town to the capital, but it is one of the busiest.

Going to Portugal and not kayaking at Furnas Lake is a major miss on a standout amongst the most exciting activities in Portugal. Taking a walk or renting a bicycle to ride the 5 miles to around the lake will surely provide incredible views and perspectives of the bamboo timberlands, redwood woodlands, meadows, and far-reaching jungle vines.

Porto is the enchanting and interesting capital of the north, which is acclaimed for the sweet alcoholic drink of Port. This beverage is entwined in the fortunes, and the history of Porto is still put away in the huge basements which line the banks of the Douro River. The port tasting tours are an enjoyable method to move toward becoming epicureans of the beverage, which can be appreciated in the various bars that reach out along the grand riverfront. 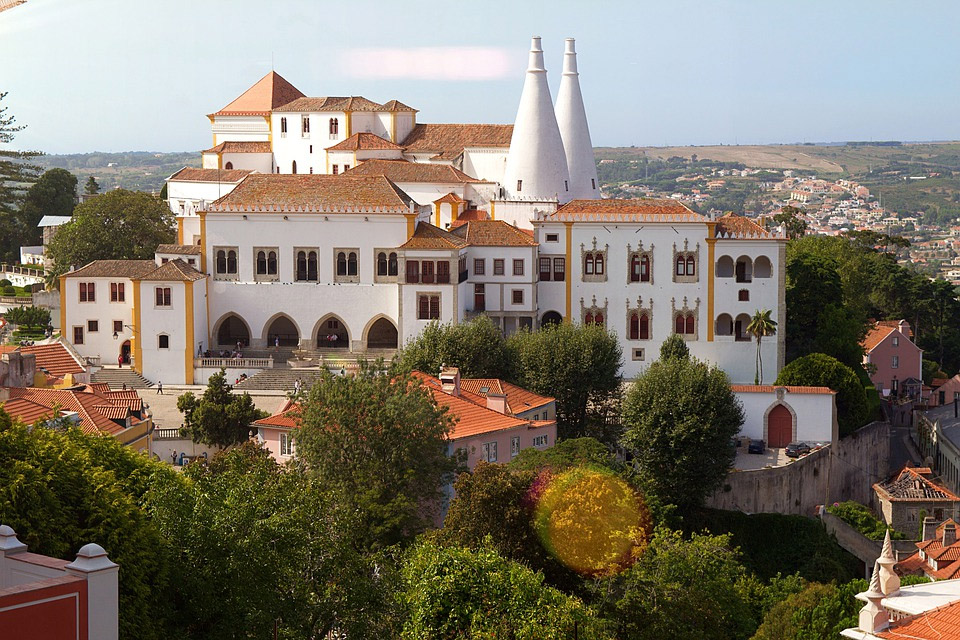 The National Palace of Sintra is situated on a beautiful city square, and you will know it when you see it on account of the gigantic round smokestacks that grow from the top. The royal residence dates back to the14th century and is the oldest palace that still stands in Portugal. It traverses a few luxuriously brightened floors, every one of which has an alternate subject and one of the mark highlights is the Sala dos Brasoes which is the principal corridor topped with a sparkly arch.

Situated in the Belem region in Lisbon is this iconic tower which was worked in 1521. The aim of the stronghold was to make preparations for an intrusion by means of the River Tagus, and the building is viewed as a master class in how to construct a successful fortress. The tower is structured in the Manueline style and is secured with a pleasant exterior.

How to get to Portugal

By Road: With a global driving license, one can run over the border from Spain.
By Air: Lisbon International Airport is serviced by airlines from around the world. The national airline of Portugal is TAP (Transportes Aeros Portuguese) has its operations base in Lisbon. .
By Rail: A broad railroad network connects Portugal’s primary cities with other European nations with rail lines running among Lisbon and Madrid, Spain; Porto and Vigo, Spain; Vilar Formoso and Spain, France and the rest of Europe.

It is very surprising how a little country as Portugal has such a wide assorted variety to offer. There aren’t many nations that can offer this assortment of pleasures and experiences with such quality.

Rushell Kayna is a travel writer and blogger. He believes that being unique is one of the best mantras of a successful writer. Rushell has a writing experience on various topics especially in travel. Traveling to experience and learn about history in different cultures and countries is his hobby.

View all posts by
Rushell Kayna
GET THE LATEST!
eNEWSLETTER
Subscribe Now!