Content editor Harry Conley is a man of many talents. As well as his work for LuckyAssignments and GumEssays, he is involved in the development of training and work flow activities to enhance the ability of writers, always seeking to unlock potential along the way. Another string to his bow is his interest is the provision of supplementary materials and instructional support for contributors.

Armenia is a small country of just 3 million people located in the South Caucasus region of Eurasia, separating the two great continents of Asia and Europe. An ex-Soviet republic, Armenia is bursting with cultural and historical significance, becoming the first state to adopt Christianity as its official religion and thus representing one of the first examples of Christian civilization.

Yet despite its rich cultural heritage, Armenia is still not on the radar of less intrepid tourists, a fact which could surely be rectified with a little more information about the stunning places of interest available to visitors. Here are just some of the highlights awaiting those who would venture beyond the usual tourist destinations in search of something a little less traveled 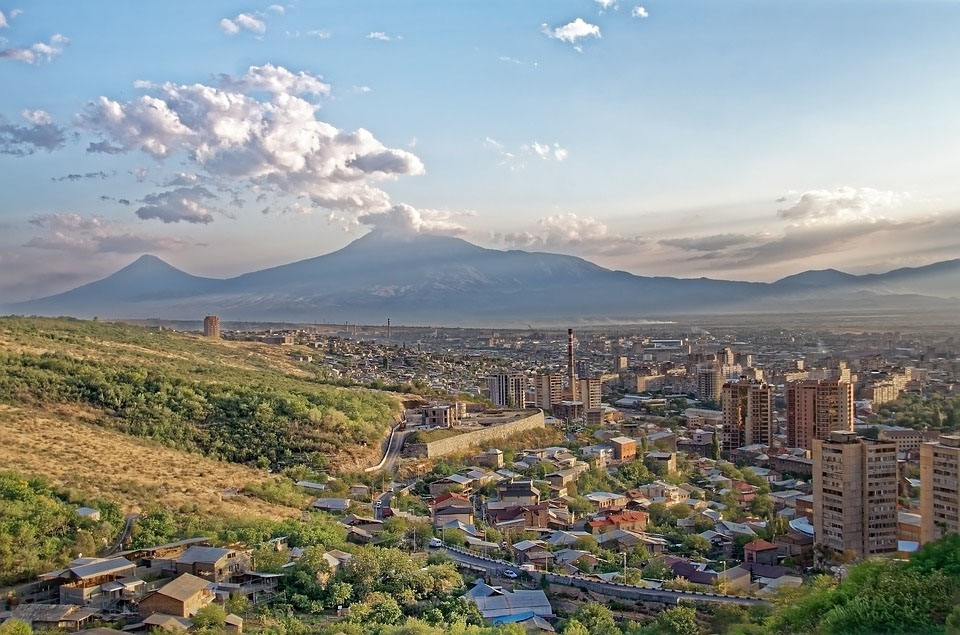 Yarevan is the little-known capital of Armenia, and promises to be a delight to any unsuspecting visitor. A bustling city situated on the Hrazdan River, Yaraven is one of the oldest, continuously-inhabited cities found anywhere in the world, and its current population of just over one million people continue to exude a friendliness and cultural charm that is seldom to be found anywhere else. The architecture tends to take on a pink hue, and there is a juxtaposition between the old medieval constructs and the more recent Soviet-era buildings which all add to the charm. Along with the famous Mantenadaran library, full of ancient Greek and Armenian manuscripts, as well as the Republic square found in the city’s core, there is a thriving café culture and bar scene which reveals a lively underbelly to the more culturally apparent places of interest. It is also a conveniently laid out city which is easy to traverse and enjoy. 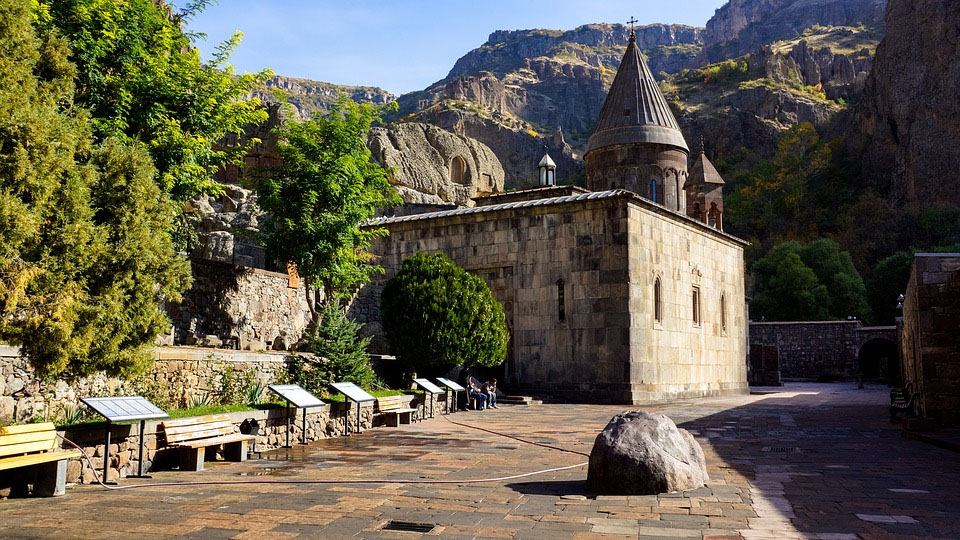 Armenia is rich in monasteries. In fact, they are probably the number one tourist attraction due to their stunning locations and inspiring cultural and historical significance. One such monastery is Gehad, which could be better defined as half monastery and half cave. Dating back 800 years, the site itself is suspected to be one of the earliest examples of the cave churches which sprang up over the region in the 7th century. The stone carvings on display are simply stunning, while the acoustics add to the spiritual feeling of one of Armenia’s monastic pearls.

Haghpat is actually a UNESCO world Heritage site, which reveals its historical and cultural magnificence. Found in the Debed canyon, this is a truly remarkable example of medieval architecture and is said to have been established by Queen Khosrovanush back in the 10th century. A particularly Armenian site are the khachkars – stones featuring beautiful carvings and engravings which are usually formed in the shape of a cross – which are to be found in monasteries up and down the country, and Haghpat contains many such unique examples. A truly wondrous example of monastic architecture, this is a must-see attraction for visitors to the country. 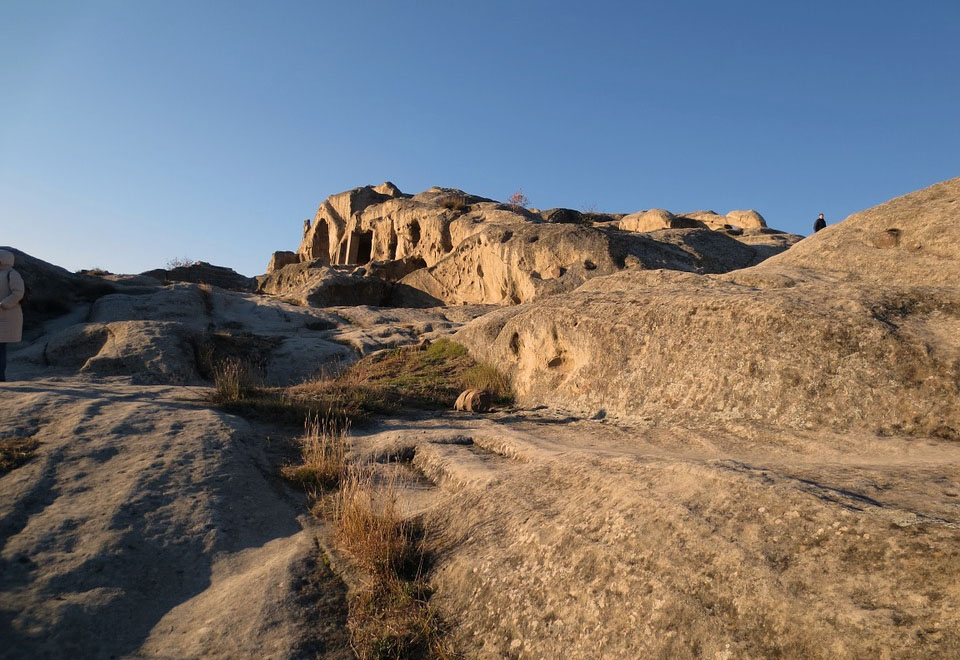 Located in the south of the country, Goris is a remarkable blend of natural beauty and history. Interestingly it was the first example of a planned city during the rule of the Russian Empire, and is also notable for the natural tunnel which links the region to neighboring Iran. As well as the abundance of historical landmarks, perhaps the greatest reason to visit this gem of the south is the sheer beauty of its surrounding hills and countryside, which will surely appeal to walkers and hikers of all abilities. This is a must-visit location within Armenia.

Of vast religious significance, Echmiadzin, also known as Vagharshapat, is the center of the Armenian Apostolic Church, and is of equal importance to followers as the Vatican would be to Catholics. Another example of a UNESCO World Heritage site, priests flock from all over the country to study here and its centerpiece is the main church housing some of the most valuable relics of the denomination, including a piece of Noah’s ark and pieces of the cross upon which Jesus was crucified. No matter what your religious leaning, this is a place of some significance and spiritual power, and is easily accessible from the capital city Yarevan with regular minibus excursions.

“Just wandering around the place and visiting the many churches is an incredibly exhilarating and profound way to spend your afternoon, steeped deeply in the spiritual pull of such a beautiful place,” enthuses Amy Sanderson, a travel writer at Lastminutewriting and Writinity. 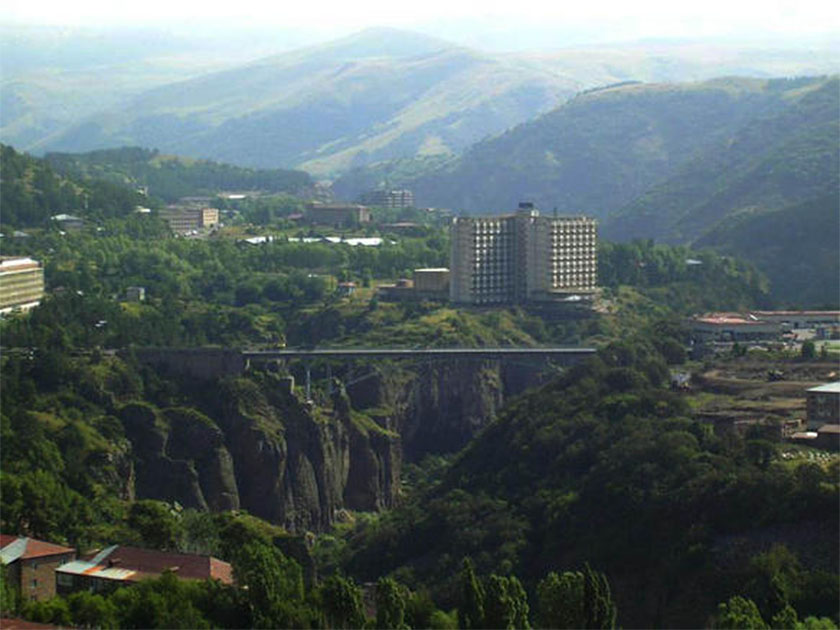 Of slightly different interest is the spa town of Jermuk, which is full of high-end hotels such as the Hyatt and Verona Resort, as well as wellness retreats. It also boasts the biggest waterfall in the country, known locally as the Mermaid’s Hair Waterfall, and the stroll up to it by via a river valley walk is a lovely excursion to take. There are also warm water springs which are popular with health enthusiasts and those looking for a relaxing experience, while the geysers above the town may be a little harder to access (although local drivers will happily take you on a bumpy journey up there) and offer warm water outdoor jacuzzi-esque experiences akin to those found in Iceland, although perhaps not quite as enticing due to the murky color of the water, which is still totally natural.

“The town offers a nice contrast to the culturally significant sites to be found elsewhere in the country. The watery attractions of Jermuk are not to be underestimated,” suggests Todd Ralpin, a travel blogger at Draftbeyond and Researchpapersuk. 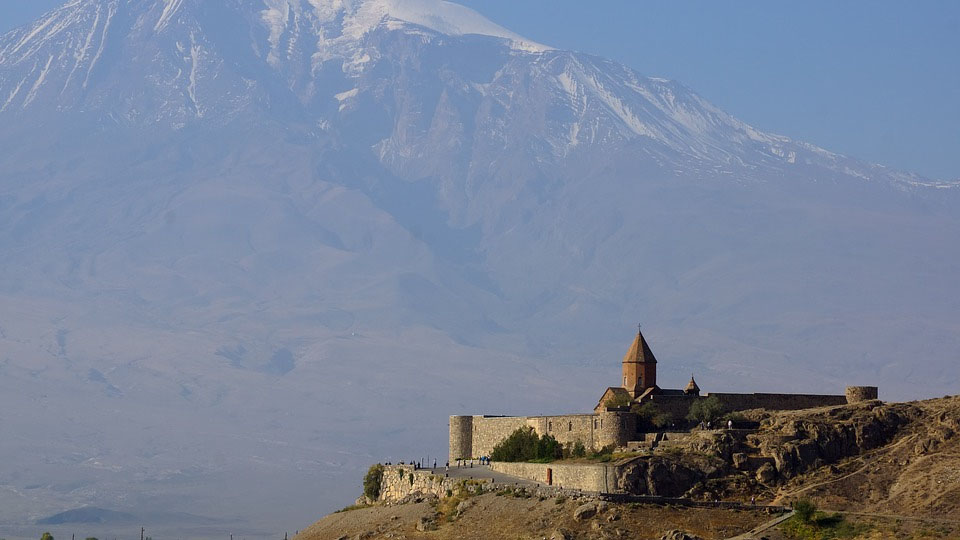 It would be amiss not to complete this list with another monastery, however, seeing as this is truly an accurate representation of Armenia. Khor Virap is an icon of the style, and also an important site of pilgrimage for Armenians. Located at the foot of the famous Mt Ararat, the legend goes that St. Gregory the Illuminator was held captive down a well for thirteen years by King Trdan III until the latter was miraculously cured of his madness by the saint, which led to the king’s conversion to Christianity, and thus the adoption of the religion across the country in 301AD. To be found only 30kms outside of Yerevan, this is an absolute must of a visit for those who love spectacular views, cultural significance and historical meaning.

Content editor Harry Conley is a man of many talents. As well as his work for LuckyAssignments and GumEssays, he is involved in the development of training and work flow activities to enhance the ability of writers, always seeking to unlock potential along the way. Another string to his bow is his interest is the provision of supplementary materials and instructional support for contributors.

Connect With The Author
View all posts by
Harry Conley
GET THE LATEST!
eNEWSLETTER
Subscribe Now!