Justin is a blogger from Leicester, England, UK. When not teaching his little students and rooting for Leicester FC, he loves to share his thoughts and opinions about education, writing for essay writing services and blogging with other people on different websites and forums. Follow Justin on Facebook and Twitter.

The Canary Islands off the Coast of Spain

The Canary Islands are among the most popular sand, sea and sun holiday destinations across the world. These incredible islands are situated off the coast of Southern Spain and 62 miles from Morocco. Most people visit the Canary Islands to enjoy the year round sunshine and the beautiful scenery. However, majority of people are not aware of the fact that every island has a unique and sparkling personality.

You need to know the characteristics of each island to know which one suits you best to enjoy your vacation to the fullest. Let’s discuss them. 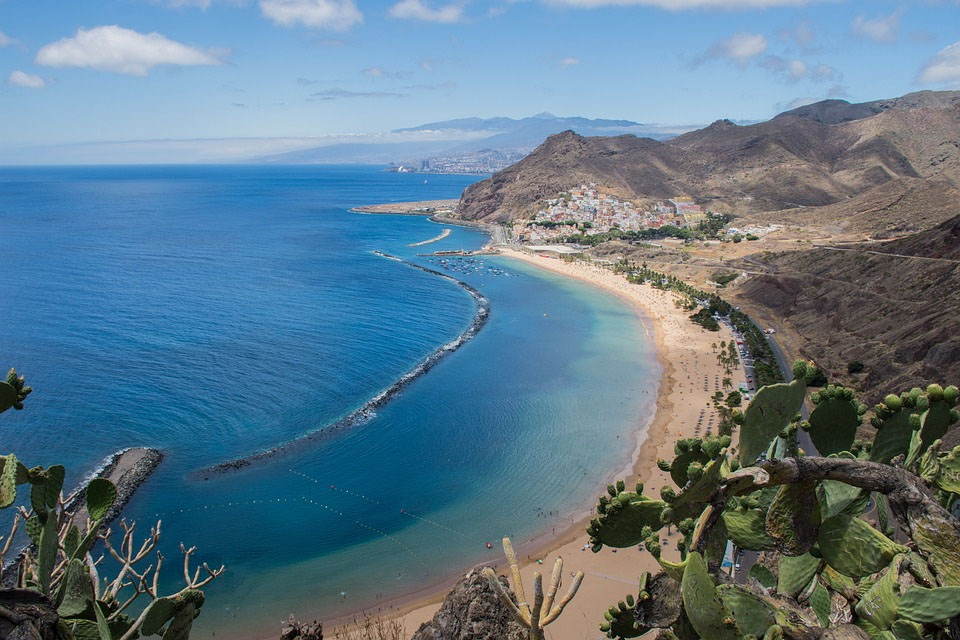 Tenerife is not an island divided into two halves but an island comprising of two halves. There are wonderful resorts such as the Costa Adeje and Playa de las Americas. The rest of the island occupies the bigger part. This is the place where majority of Canarios have lived for over five hundred years.

Tenerife is diverse. It is big enough to home bustling towns, rural farms, cosmopolitan cities with several historical centers and a huge National Park where one can walk endlessly. The island boasts Spain’s highest mountain which provides a spectacular view to visitors travelling by air. The island is surrounded by incredible beaches with unique characteristics.

Due to the big population of the Canarios, the resorts offer a wide range of traditional delicacies. The Canarian culture, which is a blend South American, Spanish and African origin has been the cause of color and vibrancy in Tenerife island. And the good thing is, you don’t have to spend your hard earned cash to know Tenerife. 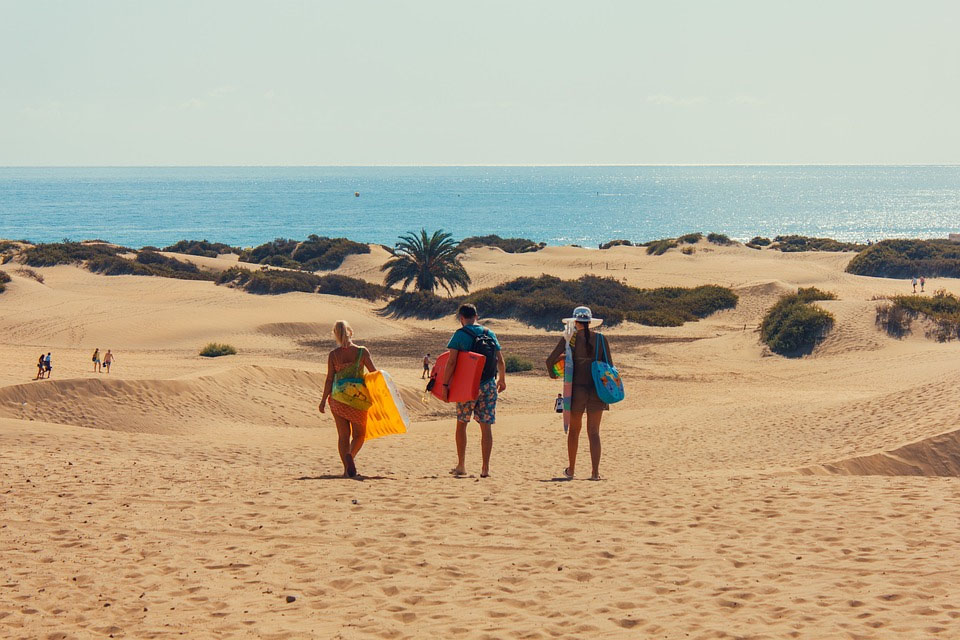 Gran Canaria looks like Tenerife and most people make the assumption that it’s a little more than a tourist destination. In reality, Gran Canaria is an interesting island especially outside and beyond the resorts.

Gran Canaria is quite similar to Tenerife in personality despite the stiff competition and rivalry between them. In theory, if you love Tenerife, you will also love Gran Canaria. However, there are several differences. Gran Canaria has great beaches, historical quarters such as Las Palmas shades Santa Cruz, a wonderful city beach located in Las Canteras and an exciting live music scene.

Lanzarote is referred to by most people as one of the natural and less spoilt Canary Islands. Well, there are several reasons why. First, Cesar Manrique, the local hero is an environmentally friendly person with an influence that prevents local politicians from destroying the beautiful landscape with resort developments.

Secondly, nobody lives there because the terrain is farmer unfriendly and there is no much history of the Canario population compared to other islands with people. The restaurants in the area are not plenty and the Canarian culture is not very strong.

Lanzarote is located on the eastern side of archipelago. Being one of the oldest islands, the terrain is full of volcanic cones which gives it a hypnotic appearance. An appearance of a different world. Lanzarote does not have any greenery compared to other islands.

Recently, the island has attracted an increasing number of sports-oriented people ranging from runners to cyclists. Hikers also enjoy the wonderful sport scene. Similar to eastern islands, Lanzarote has several beautiful beaches that will make your experience worthwhile. Lanzarote is an amazing destination for travel enthusiasts and sports-oriented people. 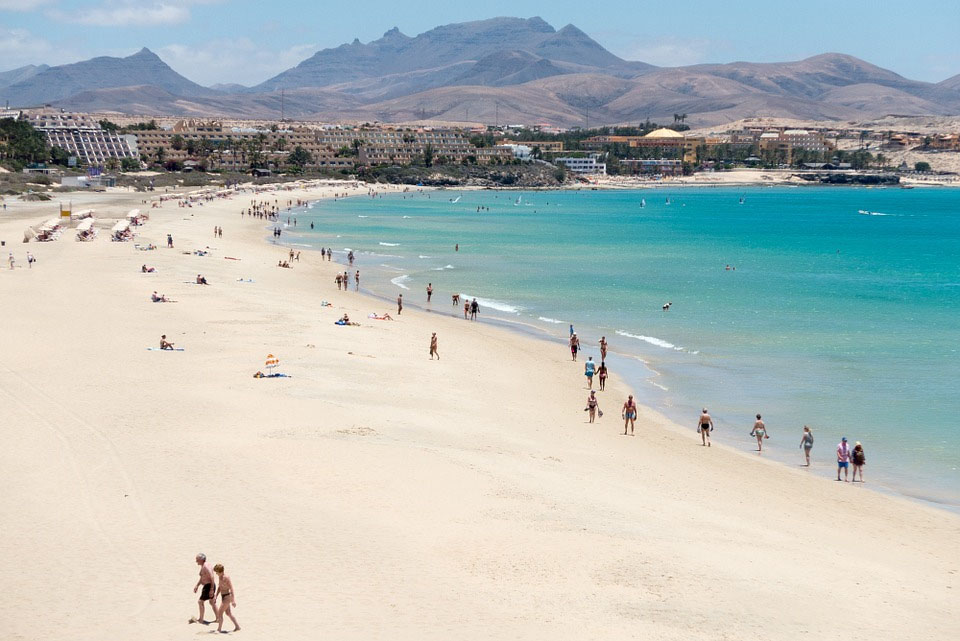 Fuerteventura is the oldest and the windiest Canary Island. The strong gentle breeze is a huge welcome to kite boarders and windsurfers but also an irritant for people who love sunbathing.

According to bestessays.com.au, Fuerteventura can be considered to be the beach paradise of all the islands. The Corralejo dunes can be likened to a mini Sahara. The resorts in Fuerteventura present the charm and beauty that can be seen and felt on the sands and seas.

The island has a number of surprises for you including a wide variety of birdlife. Similar to Lanzarote, the small Canario population in the area means less culture and few restaurants offering good traditional delicacies. Despite this, the island has wonderful historical villages.

The scenery is quite different from that of Lanzarote. Over the years, the wind has shaped the hills and valleys into softer and appealing curvaceous shapes. There is also a strong feeling that you are closer to Africa because the landscape has a North African flavor.

Thousands of goats move around freely across the orange hills. Fuerteventura is an amazing destination for people who love water related sports and a gentle breeze on their faces. 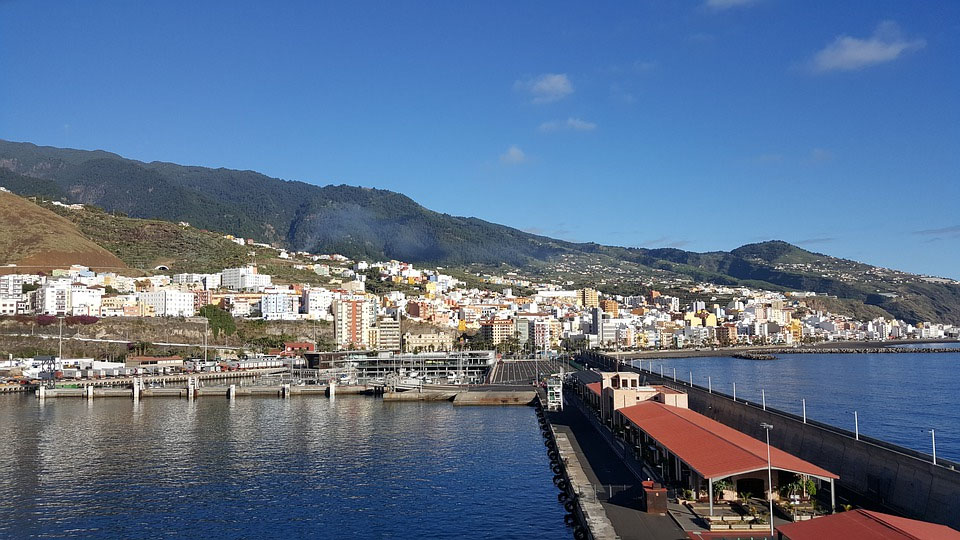 Popularly known as La Isla Bonita, La Palma is the prettiest island of all the Canary Islands. In the past, Santa Cruz de la Palma was a port and a ship building center because during those days, adventure was mainly in the ocean and pirates were common in this area.

As its name suggests, La Palma has a beautiful and attractive scenery that you can’t find on other surrounding islands such as the Caldera de Taburiente and Marcos y Cordero water tunnels. The land is not more than fifty years old due to the eruption of Teneguia volcano that happened in 1971.

The bigger towns in La Palma are quite sophisticated and full of life. The place has a strong South America feel. In fact, cigars are hand made in the area. The island is among the smallest of Canary Islands yet more populated. La Palma feels like a Canary Island that is a century behind. Despite all its beauty, La Palma does not attract many tourists.

Among the most attractive of the Canary Islands is La Gomera. Its wild scenery includes a wide variety of palm gloves, tiny terraces, hills and lush forests that look similar to the Atlas Mountains.

The island is known for plunging ravine which makes it difficult and time consuming to get around it by a vehicle. Sometimes, you’ll find it easier to walk. There are walking trails almost everywhere but very few roads. That’s why La Gomera is a perfect destination for hikers across Europe and the world.

La Gomera has several resorts such as Valle Gran Rey and Playa Santiago to name a few. When compared to other resorts found on other islands, La Gomera’s resorts are low key. Its capital, San Sebastian is very reserved and quiet with all its history in a basket. La Gomera is popular because Columbus stopped there before discovering America.

La Gomera has beaches. However, people visit this island to avoid the crowds and embrace solitude and nature.

El Hierro is a magical and mysterious island located at the edge of the world. The air is just different in a unique way. The great Sabine forest and ancient settlements make El Hierro a special and magical place unlike other destinations on the Canaries.

El Hierro is an untouched island with dry stone walls and sheep all over the forest. The environment is more of Yorkshire than Africa. Owing to the fact that the island has no air traffic and it takes a couple of hours on a ferry to arrive, the number of tourists is quite low compared to other islands. This makes El Hierro a great place to connect with oneself and nature.

Canary Islands are among the most popular vacation destinations in the world today. To enjoy your vacation to the fullest, you have to understand the destination properly before you get there.

The islands discussed above have different features and characteristics that appeal differently to people. Knowing your tastes and preferences will help you choose the best destination and enjoy your vacation to the fullest. Once you arrive at your destination, you’ll never want to leave. Canary Islands are simply the best!

Justin is a blogger from Leicester, England, UK. When not teaching his little students and rooting for Leicester FC, he loves to share his thoughts and opinions about education, writing for essay writing services and blogging with other people on different websites and forums. Follow Justin on Facebook and Twitter.

Connect With The Author
View all posts by
Justin Osborne
GET THE LATEST!
eNEWSLETTER
Subscribe Now!