Munich, the third largest city in Germany and the capital of Bavaria. It is truly a city of beauty with many historical places to see and tour. The beauty of this city cannot be described in a word. This is one of the most beautiful places in Germany. If you think about traveling to this city, you may be confused where should you start. There is so many things to do in Munich, one week is simply not enough to enjoy this incredible city.

Museums, Art gallery, stadium, world-famous garden, historic buildings, charming scenery these are the main attraction of this city. The world-famous football club FC Bayern is situated here. The most expensive car company BMW is here. Munich is a city of beauty as well as the economic strength of Germany.

Let’s start exploring the things to do in Munich: 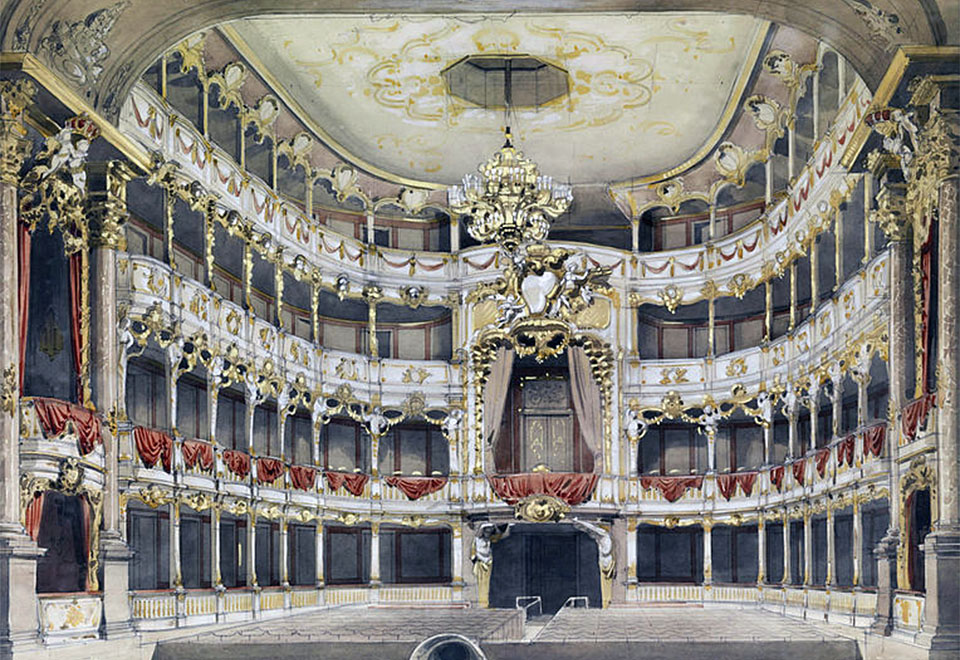 View The Grand Theater inside the Residenz – image: WikiCommons

The Munich Residenz is consisting of 130 rooms. All the rooms are well decorated with eye-catching architecture design. The Königsbau, the Alte Residenz and the Festsaalbau are the three main parts of this palace. If you visit this palace, you should not miss these three main parts. 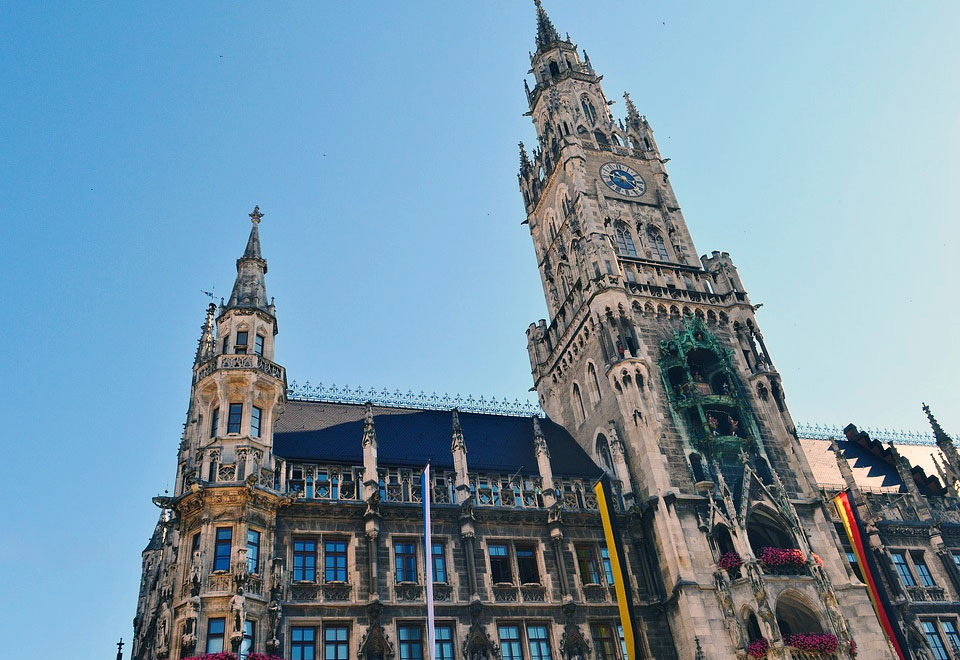 Neues Rathaus is one of the most beautiful architectural buildings in Munich. The new town hall that is Neues Rathaus was the old town hall. But when the population was growing, this was not enough. Then the palace was decorated by enlarging the area. Now Neues Rathaus is consists of 400 rooms.
The Neues Rathaus houses the city council, mayor office, and a small part is used as city administrators. If you come to Munich, you must visit this place to see the charming building. You can also see the decorated architectural view that will charm your eyes.

Englischer Garden is one of the largest public parks in the center of Munich. If you want to visit Munich, you must go to this park to spend a good time. Your eyes will be charmed with the beauty of nature. This amazing park was created by the American physicist Sir Benjamin Thompson.
The area of Englischer Garden is 910 acres. This is also the world’s largest urban public park. People come here the spend their special time or their leisure time. This place is well decorated with natural beauty. The trees, grasses, roads are charmed people’s eyes. If you come to Munich, don’t forget to make Englischer Garten one of your tourist stops. 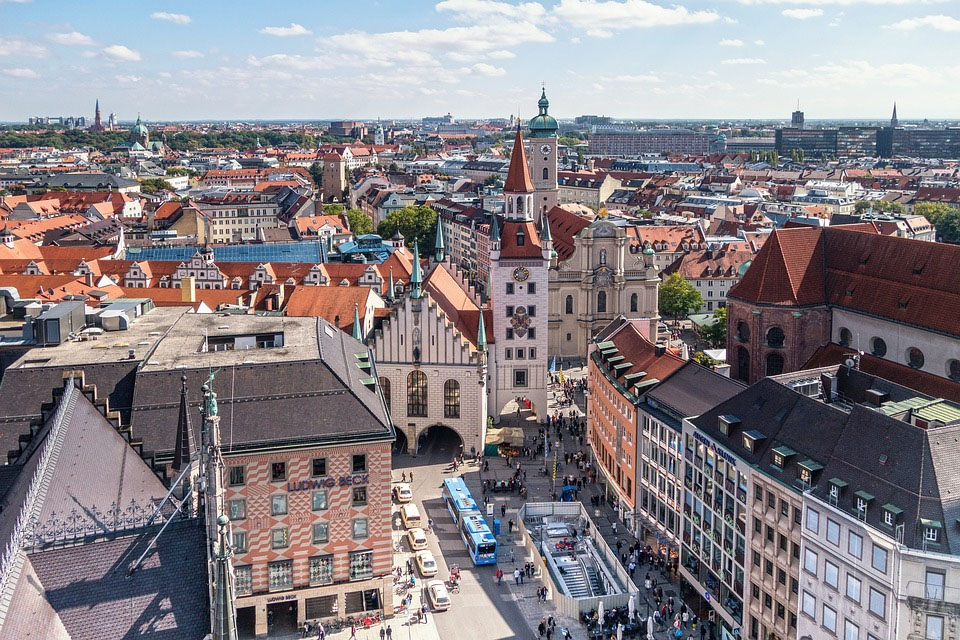 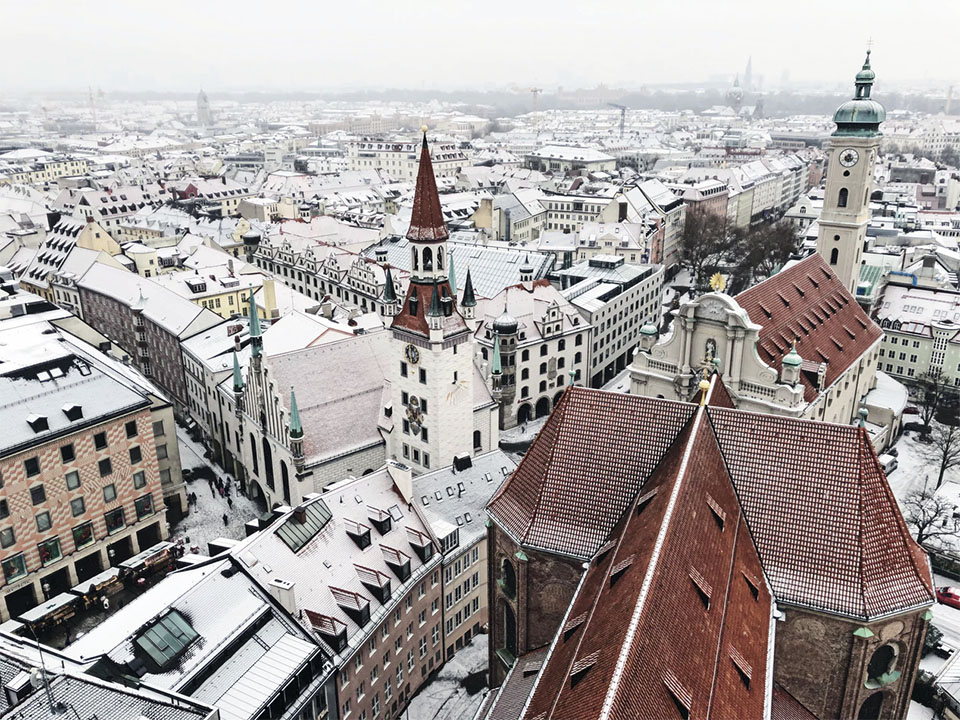 St. Peter’s Catholic Church is the oldest church in the city of Munich. The original church was completed in the 1100s. The building was destroyed in a massive fire in the year 1327. The people reconstructed the church in the current Gothic-style building you see today. The most interesting part of this church is you can see the entire view of the city from the tower of this church. You need to go through 299 steps to get to the viewing platform for the beautiful panorama view. 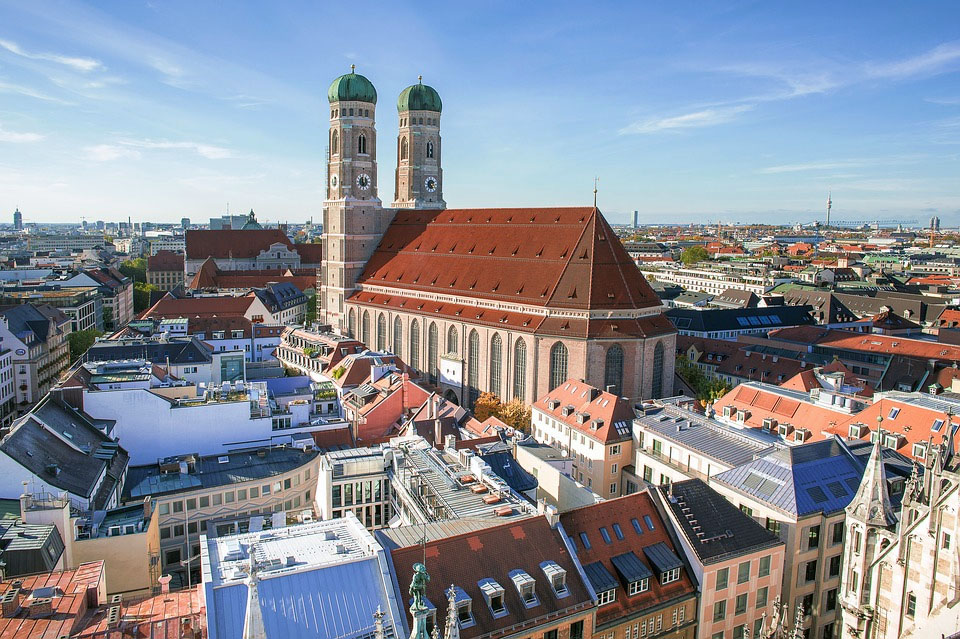 Frauenkirche is known as the symbol and landmark of the Bavarian capital city. In their website this church is named as “Münchner Dom” but locally it is known as Frauenkirche. If you want to get a great view of the city you need to go to the tower of Frauenkirche. The buildings of this city are not more than 99m.
This monument is situated in the old town of Munich. It was constructed in 1465 but heavily damaged during World War II by Allied airstrikes. After that tragedy Frauenkirche was reconstructed. If you come to this Munich, you should not miss this.

In 1855, Bavarian National Museum was founded by King Maximilian II of Bavaria. This museum was full of European historical monuments. If you want to see the whole area you need more than one week. But if you want to visit this place in a day or an evening, you can visit the most interesting part of this place. The most important parts are nativity scenes, knight armor, and weapons. There is a lot of historical material as well as the craft made with silver, gold, and glass. If you visit this place within a short time, you can visit these places only.

In 1973, the BMW Museum was designed by Karl Schwanzer. The showrooms of BMW are amazing to look with a cool view. If you visit this Museum you can see BMW’s technological development. Here you can see some old cars, motorcycles, engines and also can see the vehicle concepts.

These are the main places to visit when you travel to Munich. There are also a lot of places to visit in this city. Look at some more places: BMW Welt, Glyptothek, Olympiapark, Allianz Arena, Munich National Theatre, Viktualienmarkt, Hellabtunn Zoo, Oktoberfest, Alte Pinakothek. If you have enough time for visiting you can go to these places.

Connect With The Author
View all posts by
Minhaz Asif
GET THE LATEST!
eNEWSLETTER
Subscribe Now!