I am a Freelance Writer. I have finished my study a few months ago. I love traveling and writing. Besides, I am very fond of reading books. I am kind of a foodie person. I like to try different food and I love to meet new people. Currently, I am living with my family.

Milan is the fashion capital of the world and it has all with adventure, shopping, art, food, opera, and sport. Milan is also the economic capital of Italy and one of the coolest cities in Europe. When you’re walking around, you see clearly why this is the city of fashion. You will see trendy and modern skyscrapers dotted everywhere, surrounded by beautiful old world buildings in the city center.

There are a few must-see things in the fashion capital of Italy, especially its amazing cathedral and Leonardo da Vinci’s world-famous fresco called “The Last Supper”. By exploring Milan, you can discover hidden wonders from breathtaking buildings and vantage points to delicious drinks at some of the city’s best bars. You will surely appreciate the world-class attractions and cosmopolitan vibrancy of Italy’s fashion, media, and commerce capital. Let’s check out what you can do and what places you can visit in Milan. 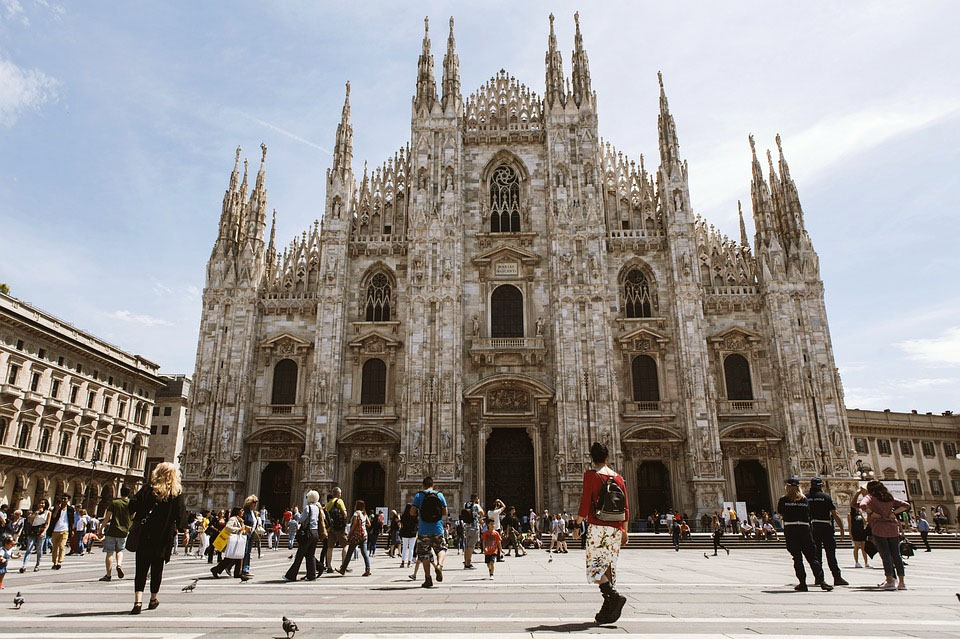 Milan Cathedral is a breathtaking thing to behold. This Gothic style church is the largest in Italy and it is dedicated to Saint Mary. It took almost six centuries to complete. The Milan Cathedral is located in the center of Milan and surrounded by the city’s streets. It has Marvel in the outside structure with its stunning white facade and beautifully sculpted spires and statues. This cathedral has 3,159 sculptures in total (more than any other building in the world). First, see the outside then explore the interior and after that head up to the roof for an up-close experience among the ornate spires. It is one of the most visited parts of the city and not just by tourists but also locals. 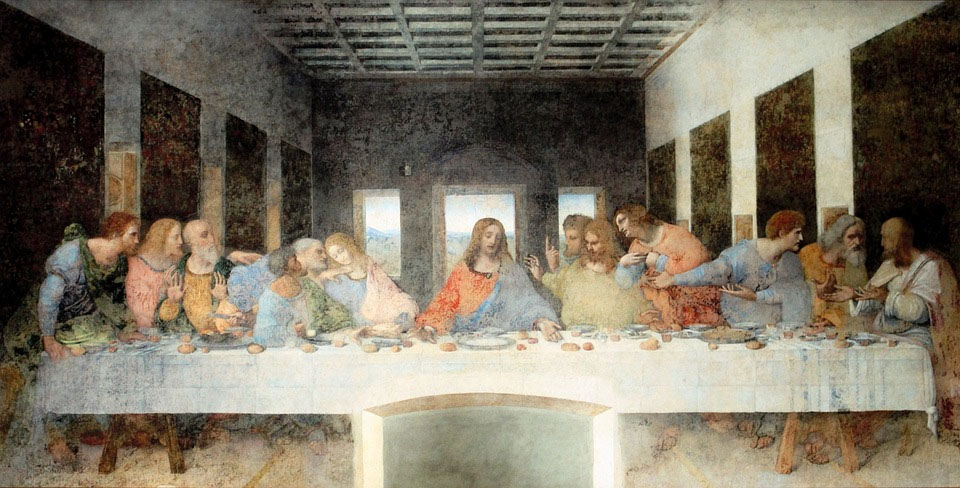 You should see and study one of the world’s most scrutinized paintings called “The Last Supper” by “Leonardo da Vinci”. It is located in the convent of Santa Maria Delle Grazie. This work was completed around 1499. In this painting, Leonardo da Vinci portrays the reactions of the 12 apostles when Jesus says one of them would betray him. And maybe no other art has caused as much theorizing and speculation about underlying hints or hidden messages left by the artist. This is worth your time. 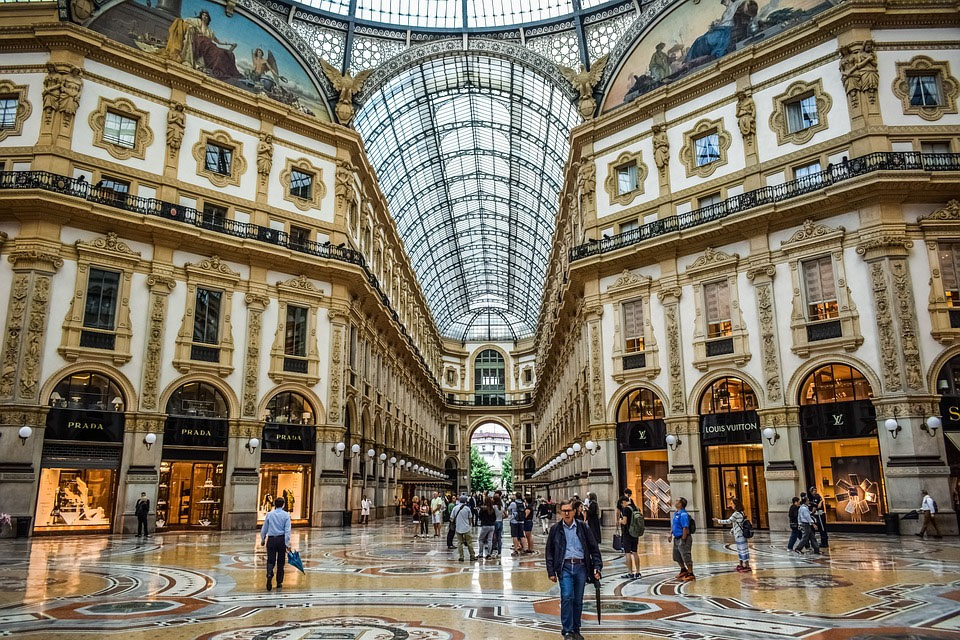 Galleria Vittorio Emanuele II is one of the world’s oldest and consists of a four-story double arcade with a glass-vaulted roof. It is not your typical shopping mall. Perhaps the Galleria was completed in the years between 1860 and 1864. In that period, the city held a series of competitions to solicit architectural proposals. They did this in order to modernize Piazza del Duomo and connect it with Piazza del Scala. Eventually, Giuseppe Mengoni’s project was
approved. And today, the Galleria Vittorio Emanuele II is often referred to as II Salotto de Milano or Milan’s living room. It is called by this name because it is a common meeting spot amongst residents of the city. 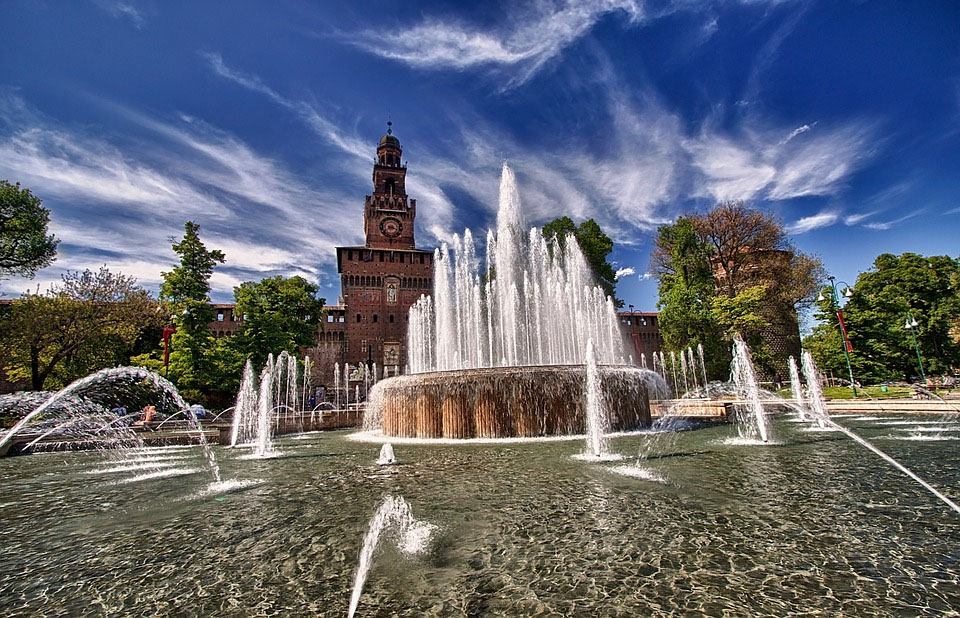 It’s been centuries that the people of Milan consider Sforza Castle a symbol of tyranny and foreign domination. It was called by this name not until the unification of Italy in the 19th century that this huge fortress became a glorified cultural center. This castle includes numerous museums and an impressive collection of art. You will get to see the paintings by Titian and Tintoretto, Andrea Mantegna, Michelangelo, etc. Historians discovered the lost drawings and
paintings by Caravaggio here in 2012. 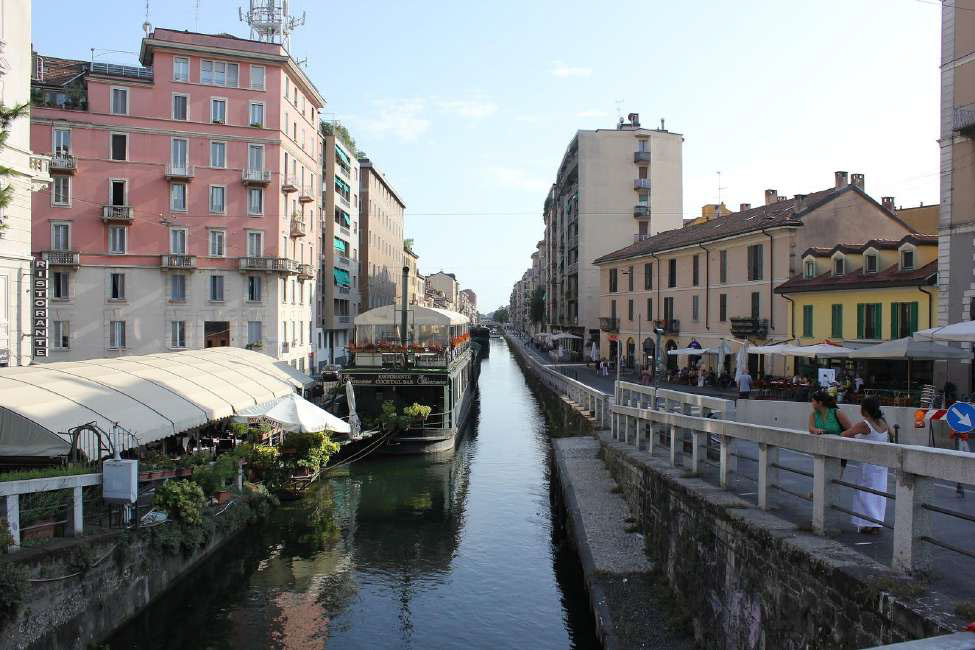 The Navigli district is one of Milan’s more charming neighborhood with its system of canals. For seven centuries, construction of the waterways lasted and connected lakes Como and Maggiore with the Po and Ticino rivers. Navigli canals have an interesting feature which is the system of dams that were invented by Leonardo da Vinci in the 15th century. This whole area is a popular place to do some shopping at a flea market, take a walk, or grab something to eat at one of the many restaurants that line the canals.

Experience “Life In The Dark”

All the visitors have the opportunity to experience a life-changing exhibition called “Dialogo Nel Buio” and it means “dialogue in the dark”. This exhibition is one of the best activities to do in Milan and you will remember it for a long time. There will be a visually impaired guide to help you. You will step into a world of complete darkness and making your way through a series of rooms. This unique and different experience allows those people who have eyes to better understand things from a blind person’s perspective. There are also opportunities to have a drink at a bar or dine at a restaurant in the dark. 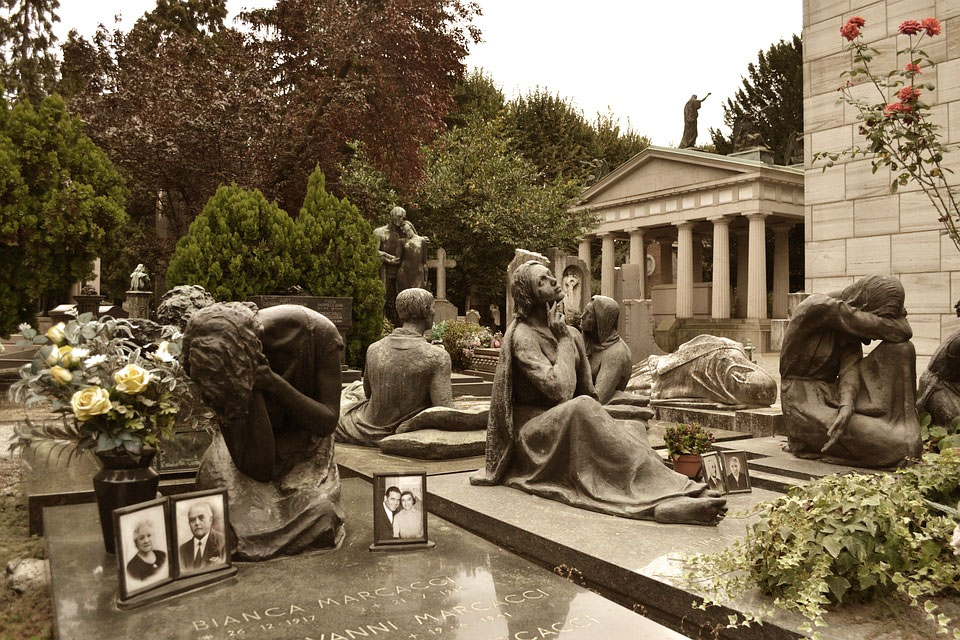 It is more like an open-air museum than a cemetery. This is where Milan’s families and figures are buried, including conductor Arturo Toscanini, Filippo Tommaso Marinetti, the poet and the main founder of the futurist movement, and author Alessandro Manzoni. See the rows of tombstones adorned with beautiful sculptures. In addition, admire the variety of architectural styles used, from neo-Roman to Egyptian to Art Nouveau.

Go For an Aperitivo 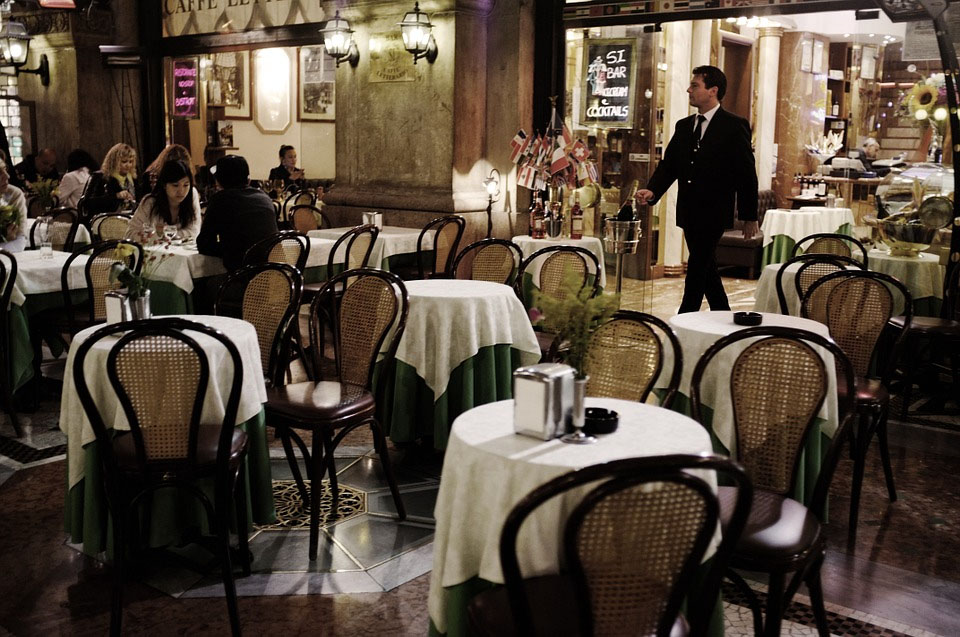 Milan is the Aperitivo capital of Italy and Aperitivo is the Italian version of a Happy Hour. It started out as a pre-dinner drink that was served with snacks such as potato chips or bowl of nuts. Nowadays, at some of the trendier bars in Milan adds an extravagant complimentary buffet with dishes like bruschetta, pizza, olives, local cheeses, oysters, and cured meats. Just go there and order a Negroni or a glass of wine.

Watch A Football Game At The San Siro 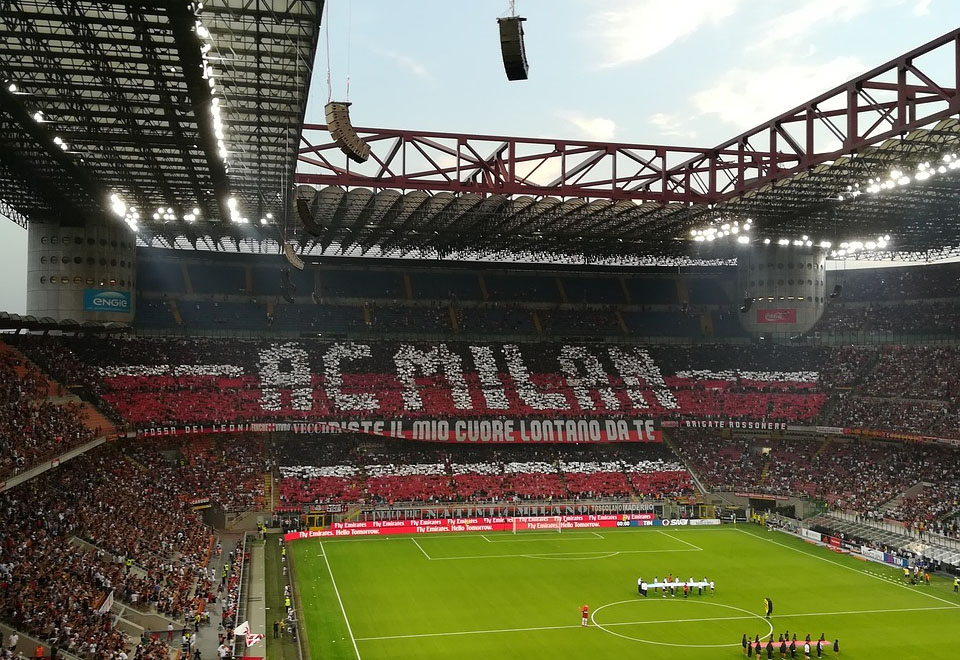 Almost everybody knows that Italians are very passionate about football. So, you should take the opportunity to experience this important part of Italian culture. Both F.C. Internazionale Milano and A.C. Milan’s home is Milan’s San Siro stadium. They are the two most storied franchise in the history of the sport. It has a capacity of more than 80,000 and the atmosphere during a game is electric. You can walk out on the pitch or take a tour to see the locker rooms.

Whether you are into fashion or history, there is something for everyone in Milan. The city is well connected with tram and metro, so you can easily get around in Milan. By exploring Milan on foot, you can discover amazing places. You are going to love the city if you follow the abovementioned tips. Behave well with the locals to blend in with them and to enjoy more.

I am a Freelance Writer. I have finished my study a few months ago. I love traveling and writing. Besides, I am very fond of reading books. I am kind of a foodie person. I like to try different food and I love to meet new people. Currently, I am living with my family.

View all posts by
Nishat Tasnima
GET THE LATEST!
eNEWSLETTER
Subscribe Now!