Manav Bansal works as a creative content writer at TABSCAP. He has been writing on various topics related to social media marketing, digital marketing, travel, education and health. He also loves photography and finding new eateries in his surroundings.

India is a country which is known for its heritage and culture. Its geographical and cultural diversity is what attracts many people across the world. I feel that the Indians are blessed as there are so many holiday destinations within the country where people can visit.

From mountains to beaches, to amazing forts and buildings, there are a lot of places to visit. Most of the people in India start Kashmir in the extreme north and go down to Kanyakumari in the South. In the west, there are beautiful states of Gujarat, Rajasthan, and Maharashtra. The eastern part of India is less explored but geographically, it is an amazing region.

In this article, I will tell you about the most visited and amazing holiday destinations in India. We will also start from the extreme north and then go down to the south. The northern and the north-eastern part of India is blessed with the Himalayas. So, it is obvious that we are going to talk about the mountains now. 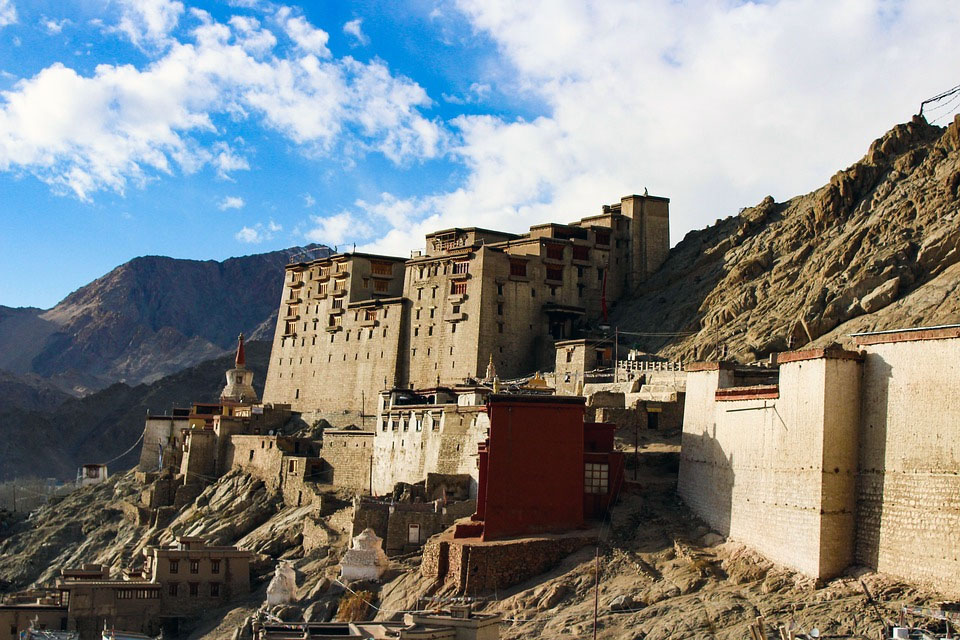 In the union territory of Ladakh, Leh is the largest town known for its beauty. I consider this place as a cold desert. But the place is amazing. Many people in India wish to visit Leh once in their lifetime. The Pangong Tso Lake and Khardung La pass attract tourists in Leh.

The sad part is that you cannot reach Leh in winters because of the extreme weather conditions. However, the place is always cold and is filled with tourists from different countries of the world in the summers. The best time to visit Leh is between June and September. 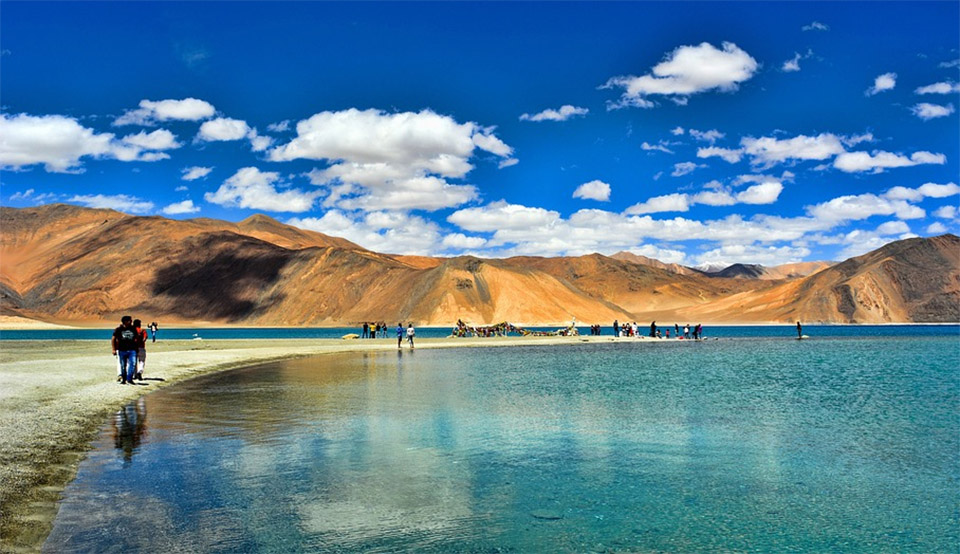 Kashmir is a place that is often called Paradise on Earth. Its lush green valleys, mountains covered with snow, handicrafts, amazing food attracts many people across the world. Other than this, this place is worth visiting for adventure sports lovers. You can trek, do paragliding, camping, and much more here. 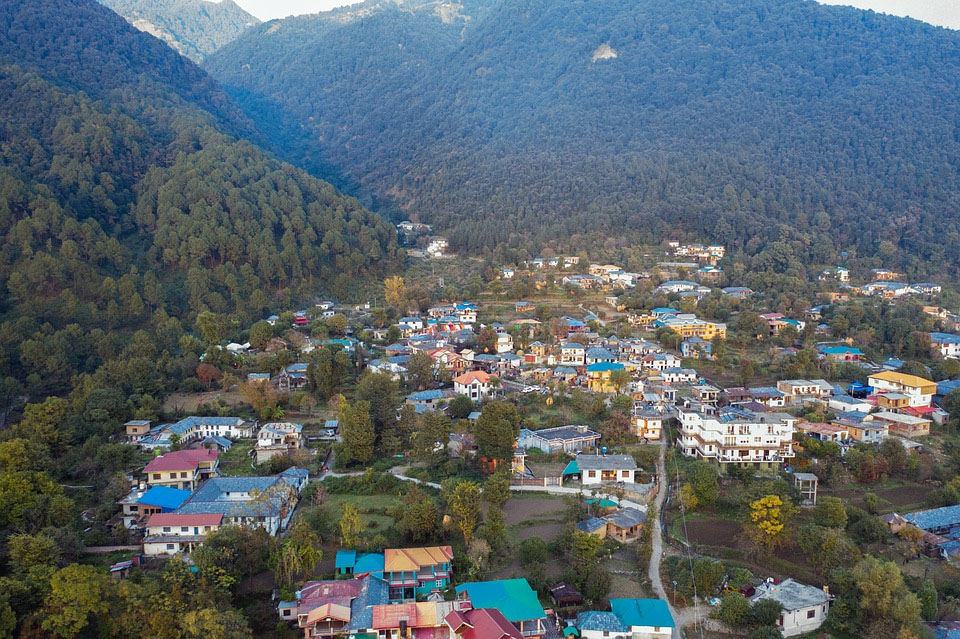 The mountainous state in the northern part of India is always filled with tourists. Different cities including Manali, Shimla, Kasauli, Hamirpur, Bilaspur, Mandi, Lahaul and Spiti have a lot of amazing places to visit.

The influence of colonization and the Tibetan population can also be seen in the architecture of this state. This is what makes this state different from others. 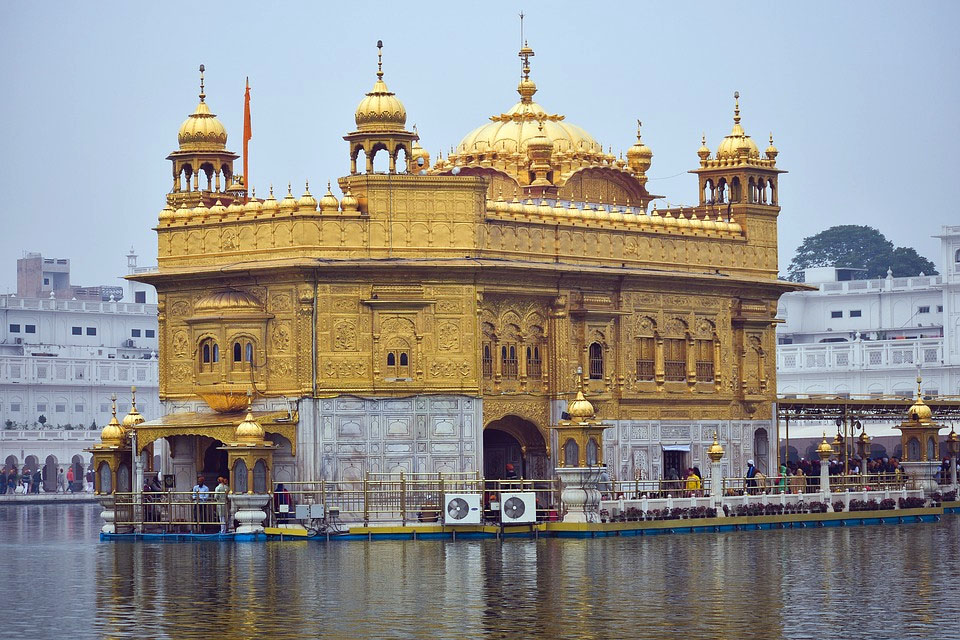 It is a city in the agricultural capital Punjab which has its roots in both mythology and history. The world-famous Golden Temple is the attraction point of tourists in Amritsar. Like the Hajj is the holiest place for Muslims, the Golden temple is the same for the Sikhs.

There are other places as well in the city which are worth visiting. It includes Jallianwala Bagh and Durgiana Mandir. Other than this, the Wagah border is also very famous amongst the tourists. Amritsar is also famous for its hospitality and delicious Punjabi food. 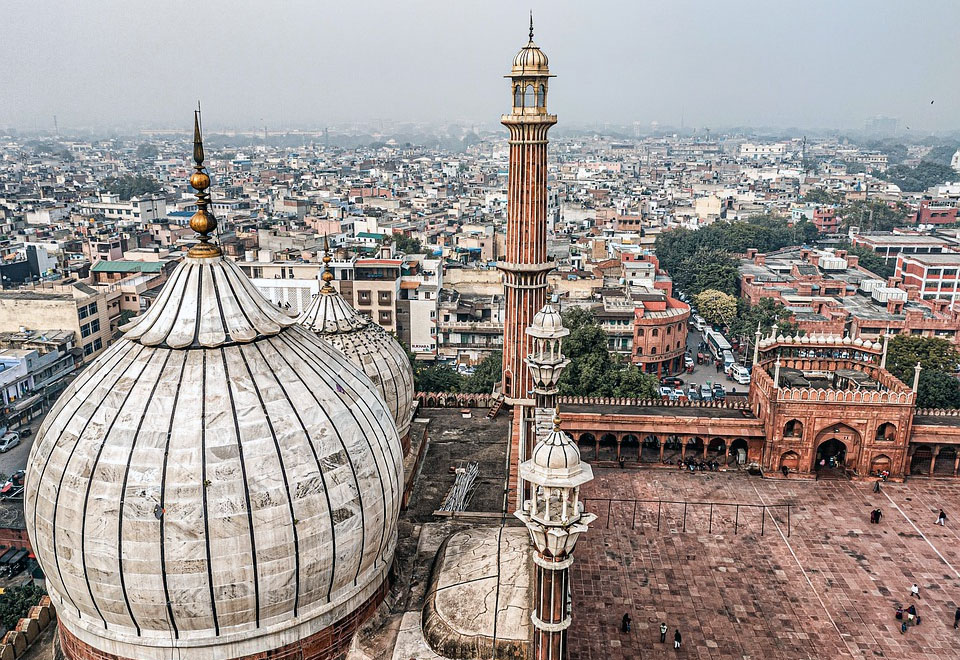 Well, I know that it is one of the most polluted cities in the world, but there are many places worth visiting in India’s capital. There are many modern and historical architectural masterpieces you can see in New Delhi. The list includes Red Fort, Qutub Minar, Humayun’s tomb, Lotus temple, Agrasen’s Ki Baoli, Hauz Khas, Jantar Mantar etc.

India is a country that has been ruled by many including Britishers, Mughals, and other dynasties including Mauryas. The aforementioned places will tell you a lot about ancient and modern Indian history. 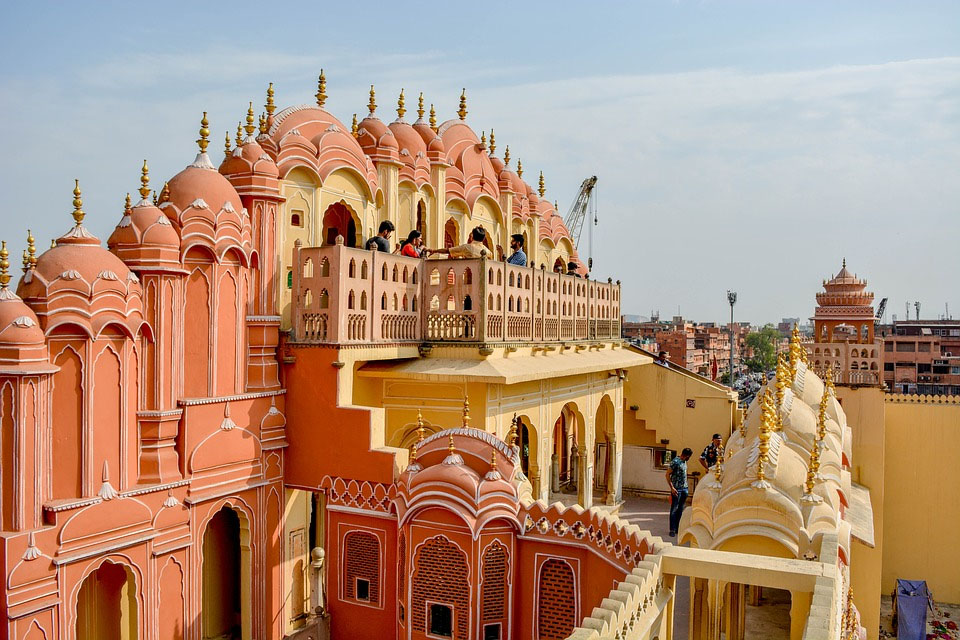 Jaipur is the capital city of Rajasthan. The city is full of palaces and forts which attracts more and more people across the world. It is also known as the Pink City. The city is actually a great combination of the old and new. You will find beautiful and historical forts and lakes. Also, you will find many 5-star hotels in the city famous for their hospitality.

Not many people know about it but Jaipur is a place that is home to UNESCO World Heritage sites. One should visit Amer Fort, Hawa Mahal, Jantar Mantar (yes, it is in Jaipur also), Nahargarh fort. 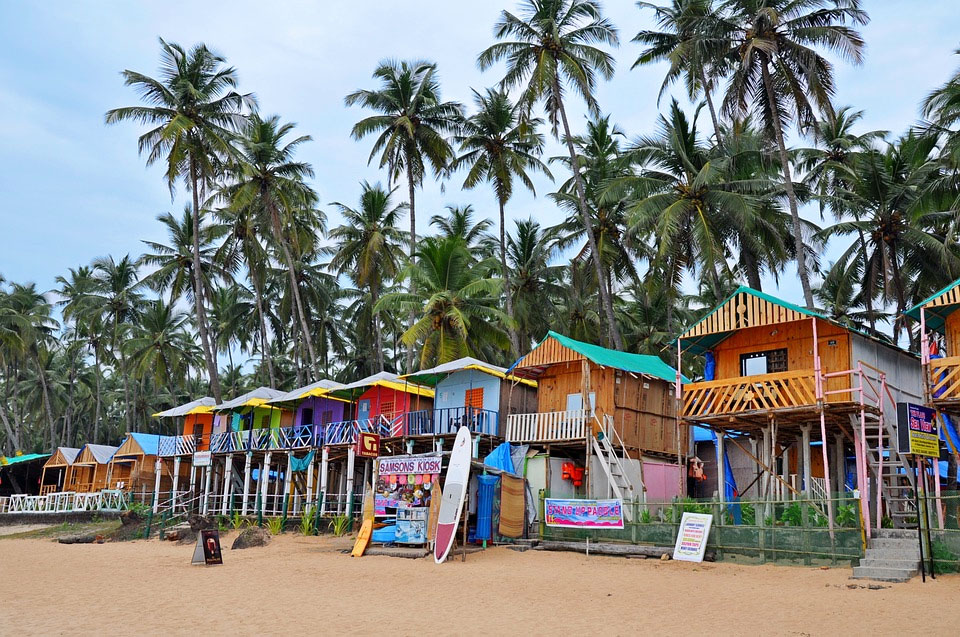 The state is famous for its beaches and nightlife. You will also find amazing sea-food in Goa which has the largest population of Catholics from the impact of Portuguese colonization in the state. Goa is a very popular beach destination filled with a lot of international tourists.

The clubs, bars, and beaches make the night life in Goa more and more happening. The state is divided into North Goa and South Goa. The night life hub is the northern part and South Goa is where you will find luxurious resorts. 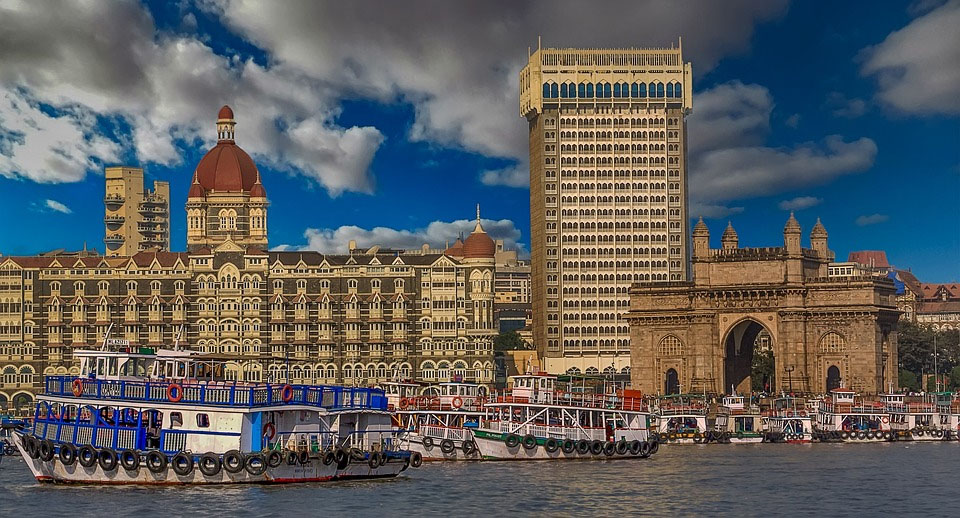 Mumbai is the financial capital of India and undoubtedly, one of the busiest cities in the country. Known as the City of Dreams, it is the home of the world-famous Bollywood entertainment industry. Many famous actors, businessmen, TV stars, celebrities reside in Mumbai.

When it comes to food, you will find delicious Vada Pav everywhere in Mumbai. I suggest you also try Pav Bhaji if you visit Mumbai. You must visit Juhu Beach, Taj Hotel, Marine Drive, Gateway of India, Siddhivinayak Temple, and Haji Ali Dargah whenever you come to Mumbai. 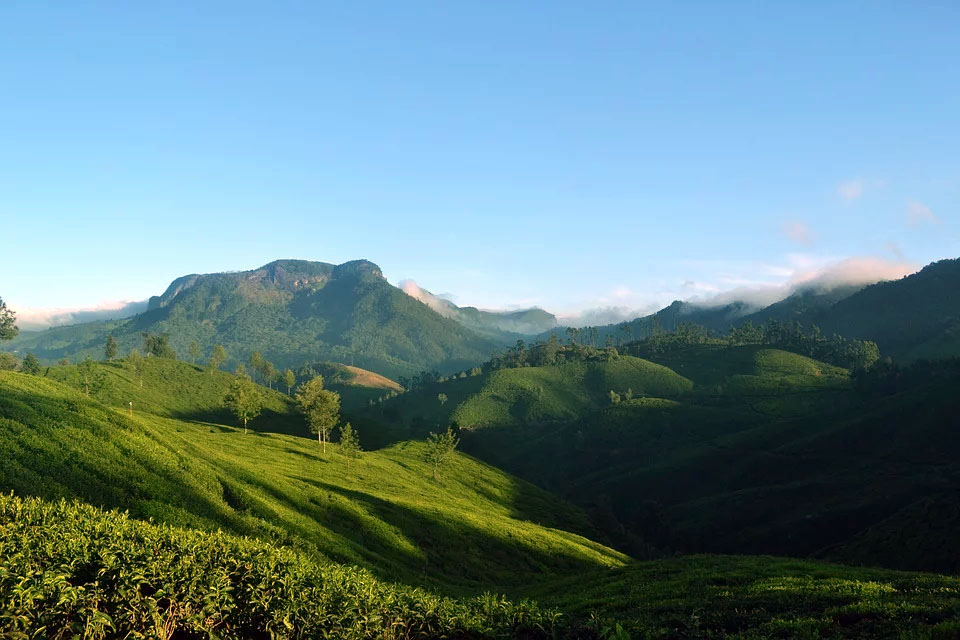 Manav Bansal works as a creative content writer at TABSCAP. He has been writing on various topics related to social media marketing, digital marketing, travel, education and health. He also loves photography and finding new eateries in his surroundings.

Connect With The Author
View all posts by
Manav Bansal
GET THE LATEST!
eNEWSLETTER
Subscribe Now!