Arthur Rowley is an avid writer specializing mostly in technology and marketing. Having spent years finessing his craft, he now can ensure you that he has much acclaim for these areas and dedication to providing high-quality blogging content.

In this article, we are not going to discover ancient Swiss culture with an altered version of the Chinese Dragon Shrine site. We are going to talk about the beauty of Switzerland.

When we think of Switzerland, most likely we imagine ourselves eating chocolate, wearing skiing gear, or exploring the mountains of Switzerland on foot on a sunny day. Oh, and let’s not forget to mention the Swiss fame – their luxury watch manufacturing companies. Yet still, there is so much more than this country has to offer. After all, not for granted, Switzerland ranks as one of the top places in the world for the highest quality of life.

Living in Switzerland is Expensive. Yet Poverty Is Low

Switzerland is considered to be the most expensive country in Europe. We can find anything from education, healthcare, rent, and goods like meat a lot more pricey there than in other European countries. On the contrary, we can purchase home electronics below the average European price. The good thing about life in Switzerland, though, is that wages are higher. The guarantee of productivity and efficiency relies on an excellent level of education and specialization that most employees workers possess. Despite the everyday expenses one needs to be prepared to pay for, surprisingly, poverty is low, and Switzerland’s unemployment rate is considered to be low too. This explains why this country is doing so well on the climbing ladder when it comes to a high quality of living. Switzerland seems to be a country where everyone finds their happy place. What are your thoughts?

We are not exaggerating when we claim that the crime rate is extremely low in Switzerland. People in Switzerland feel incredibly safe, even when walking on their own at night. Most of the crimes are minor, such as pickpocketing, and they usually happen in tourist zones. But why is Switzerland categorised as one of the safest countries? Thanks to their strict laws, people in Switzerland are very educated, which apparently contributes to the fact that the crime rate is considerably low. It’s believed that they are less likely to be drawn into criminal activity. Also, the Swiss are usually law-abiding people too. 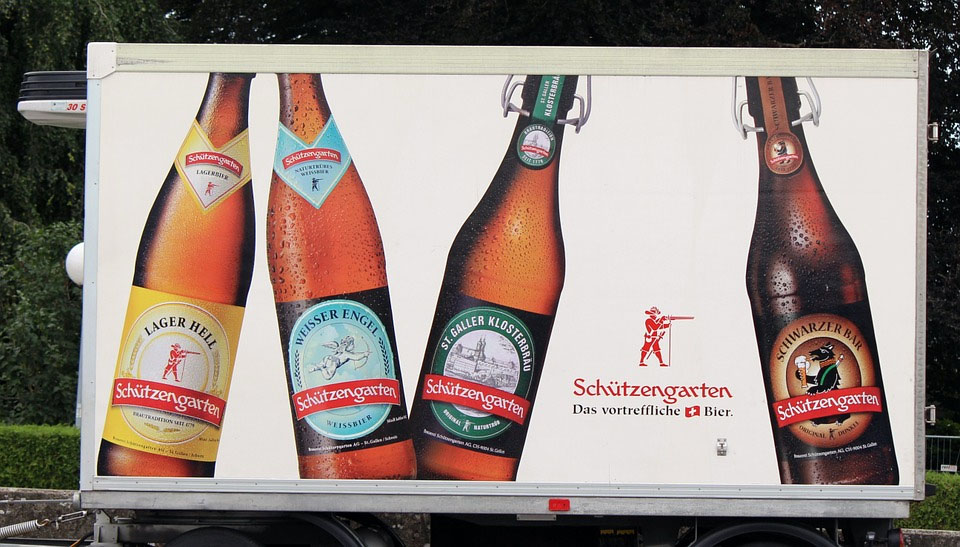 Another fascinating Swiss matter leads to alcohol. Particularly to wine, beer, and pure alcohol lovers. It seems that the data which reveals information regarding alcohol consumption suggests that booze runs in their blood. We are not sure whether alcohol consumption tells us anything fundamental about Swiss culture. Still, it is worth mentioning that it is normal for 20% of the population to engage in binge-drinking (4-5drinks in a sitting) at least once a month. So, in conclusion, the Swiss seem to be good party companions. Would you agree?

EXIT is the Swiss-assisted suicide organization that offers services to those who wish to end their lives. This service is regulated by law and requires each individual to be mentally well enough, so they are able to commit suicide by their own hand. This means, for example, taking the medication without anyone’s help. Some people may disagree with euthanasia. These services are in demand, and anyone traveling to Switzerland to use EXIT is called “A Suicide Tourist.” A non-profit organization called Dignitas (“to live with dignity – to die with dignity”) was founded in May 1998 to help those who need it. This organization assists with activities such as counseling regarding all end-of-life issues and so on.

Parents living in Switzerland and wishing to call their child “Fridge” could well end up in court. The federal registry office will reject absurd or offensive forenames that could damage the interests of the child. That’s for a fact. One example was a case when parents gave their baby girl three perfectly normal names, followed by the fourth name that was the letter “J”. The registry office in Switzerland didn’t accept that name, and after their parents appealed, they ended up in court. Another example is an attempt by Swiss musician Christine Lauterburg to call her daughter Lexikon. It wasn’t accepted either, as Lexikon is an object, not a name.

Nuclear Shelter for Every Citizen

Every person in Switzerland has a place to shelter in case of a nuclear incident. The people in Switzerland won’t leave anything out. Switzerland has enough nuclear shelters to accommodate its entire population. How is this possible? It’s regulated by the Swiss Federal Law on Civil Protection. The idea is that every single person living in Switzerland must be able to reach a protected place. In practice, this means that construction companies are building new homes with bunkers, and if not, it’s their legal obligation to contribute a tax to their commune, so a secured place can be offered to each civilian. The Swiss are also proud of stunning chalets which decorate the hills of their mountains. These are called country houses, and nobody lives there. These houses are used for hiding heavy weapons by the Swiss army. We agree that Switzerland is indeed well-prepared for tough times, would you agree?

Let’s not forget to talk about interesting places and attractions in Switzerland. For anyone who keeps themselves fit, we recommend visiting the country at the time when the longest staircase is open to the public. This is for anyone who loves enjoying the scenery while burning some calories. Once our top runners have finished their sweating sightseeing session, they may fancy cooling down a bit. Where to go in Switzerland? What about Lake Geneva? Lake Geneva is the largest body of water in Switzerland and offers free access to most public beaches. Other sports activities such as hiking and cycling are also available on its shores. Another good thing for tourists is that the Swiss have four national languages: French, German, Italian, and Romansh. We wish many eager tourists to enjoy the hidden treasures of Switzerland in 2021!

Headquarters of the Red Cross

The purpose of the Red Cross is to protect life and health and ensure respect for human beings. The resemblance of their flag with the Swiss is not a coincidence. Not many people are aware that the Red Cross organisation was founded in 1863 in Geneva. Their headquarters still remain there today. This incredible humanitarian network has more than 97 million staff and volunteers.

Animals have rights in Switzerland

The Swiss claim to be animal lovers, which is probably why there are so many laws in place to protect animals. Dog owners can even have a lovely dining experience with their beloved four-legged friends at the restaurant. Yes, you hear it right. It is a paradise for pets in Switzerland. Pet lovers need to purchase social animals in pairs; these include guinea pigs and goldfish. Other countries such as South Korea and Liechtenstein protect animal dignity to a certain extent, but only Switzerland protects animal dignity at the constitutional level.

Meat in Switzerland is the most expensive in the world. The meat consumption rate in Switzerland is high. Some reasons behind it are to protect local farmers. The duties are levied on imports, and importing meat from other countries is very restricted. Another factor to blame is the high production cost, including salaries, energy, veterinary bills, insurance, animal food, etc. As we have covered briefly earlier, the animal welfare standards are high, including farmer animals.

Switzerland’s beaches are far different from typical sandy beaches you find in popular holiday destinations, indeed. Instead, the beauty of Switzerland is highlighted by breathtaking mountains and by its unparalleled landscapes and spectacular scenery. Switzerland is relatively small compared to other European countries. However, it doesn’t fall short on offerings. Would you agree? We recommend visiting this country for its cleanliness, safety, and beauty.

1 thought on “10 Most Interesting Facts About Switzerland”

Arthur Rowley is an avid writer specializing mostly in technology and marketing. Having spent years finessing his craft, he now can ensure you that he has much acclaim for these areas and dedication to providing high-quality blogging content.

View all posts by
Arthur Rowley
GET THE LATEST!
eNEWSLETTER
Subscribe Now!