In South Asia, from the 1500s to the mid-1800s, there was a vast empire named the Mughal Empire. The Mughals ruled with some of the mightiest rulers the world has ever seen. The hierarchy of the grand dynasty started with Babur, who was a descendant of the infamous Mongol, Genghis Khan. But what mystical land are we talking about? It’s the land of the Indian Subcontinent.

From Subcontinent to Arms of Freedom 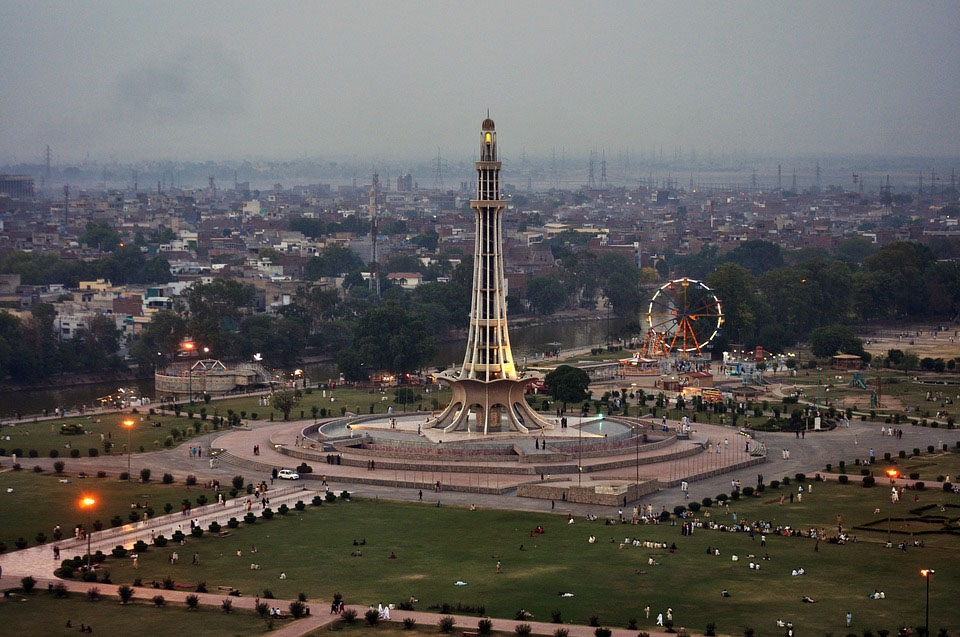 Pakistan is one of the mystical lands that started in controversy by demanding a separate land. Well, as political as that might sound, it’s was truly a blessing that Pakistan was able to mark its name on the world map. With inspiring ethnic diversity, including Punjabis, Sindhis, Balochi, Pathans, Kashmiris, and others, cultural fusion has deep roots in the Land of Pak.

As you might have some idea by now (if you didn’t already) thanks to its colorful history, beautiful geography, and cultural diversity, Pakistan has won the hearts of many due to its warm-heartedness and a big platter of Biryani!

Pakistan is a Place for Everyone

Despite being The Islamic Republic of Pakistan, the country has always opened its arms to every ethnic group. It’s not surprising to know that Muslims, Hindus, Christians, Sikhs, and other minorities have been living peacefully under the same roof, regardless of what media might publish to the public’s eye. But I think we all know you can’t judge everything by what you see on TV. So why not come and see for yourself?

Say, Salam! Or even a simple Hello

The traditional way of greeting is to say “Assalam o Alaikum” literally translating into “peace be upon you.” And that dear reader is spoken in Urdu – the official language (besides English is spoken as well). Urdu is widely spoken throughout the nation, but each province adheres to its provincial language as well, making Urdu an official and yet a secondary language at the same time. For example, in Sindh, Sindhi is commonly spoken, and Punjabi and Saraiki are common languages spoken in Punjab. The fusion of modern and traditional mother tongue is quite intriguing, and many tourists are curious to learn a few short welcoming phrases.

Household Culture is the Real Bond

Like many other countries, Pakistan holds its values in the family. There was a time when the joint family system was common, with grandparents, uncles, and aunts all living under the same roof. The larger the family, the better. Even though the communities in Pakistan are based on collectivism, with the complexity of the modern era, there is a move to a more individualized system. People still value their religious and cultural roots and family traditions. It doesn’t matter if cousins and other relatives are living in other towns, the keep in touch with each other, especially during holidays and festivals. 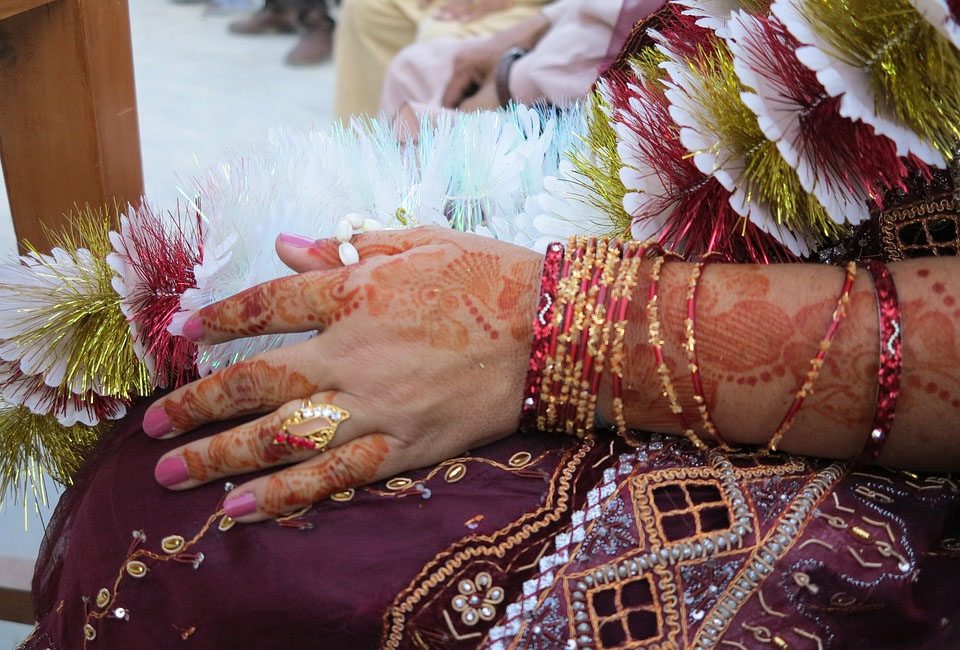 Roses, roses, and more roses. Roses everywhere! The most exciting time of the year is the cool winters from October-March, which is the most popular time for young people to get married. Because of all the wedding festivities, goods in the market skyrocket and well you will definitely need to haggle with the shopkeepers for all the fancy fabrics girls want to buy.

The bride and groom’s side of the families collaboratively arrange the traditional three-day festivities starting with Mehndi. Henna is applied on Bride’s hand and adorned with jewelry made from fresh flowers, while a heavy dance competition is held between cousins and friends from both sides.

Baraat is the official day the marriage takes place, and the groom takes away the bride.

Valima is the reception held by the groom’s side of the family. And not to forget it can become quite expensive, so the concept of “dowry” is still questionable.

The National Love for Chai (tea) 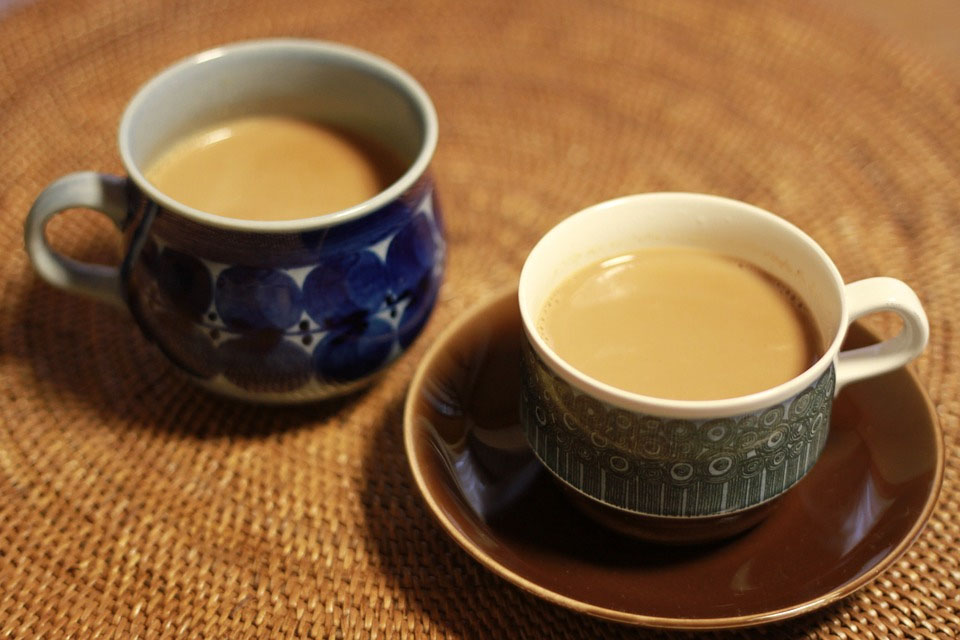 What’s Starbucks? I want one cup of allspice tea, please! Pakistani has a profound love for the Chai. It’s not like your English breakfast tea but rather a combination of water, tea leaves, and milk! That’s the traditional Pakistani way to drink tea.

Every breakfast table and evening time is incomplete without the strong cup of tea, sometimes infused with cinnamon and cardamom flavors. Even in hot summer, the chai lovers can resist the urge to drink at least two cups a day (surprising? Don’t be). Coffee is also a popular hot beverage too, with all the cafes and restaurants serving a variety of cold and hot items on the menu, but nothing can compare to the love of tea. With the arrival of winter, people prefer to enjoy a warm cup of tea while sitting outside, enjoying the cool weather.

Either it’s a domestic housewife or a workaholic, the desire to have tea is strong enough. Oh, and the gossip that surrounds the favorable time? You might want some of the alu samosas or Pakoras are complimentary recipes worth trying. 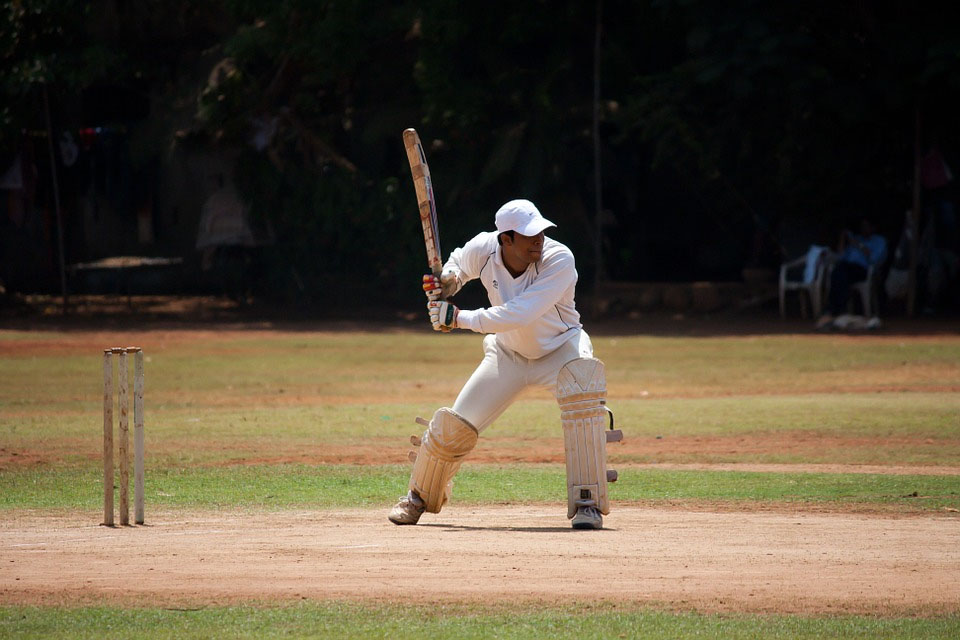 Well, if the love of Chai is what makes Pakistani drink it even in hot summer days, their love for the Cricket knows no bounds. Hockey is the national sport of Pakistan, but Cricket has won the hearts of the millennial and generation X. People can forget cardamom while taking a bite of Biryani, but losing a Cricket match? You don’t even want to think about it.

Pakistani’s love sports. Pakistan’s Cricket team has been part of some national controversies. It has been criticized by its people and even thrown shade for their poor performance from time to time. But regardless of such obscenities, people just love this sport. With the introduction of the Pakistan Super League (PSL), the crowds had gone mad! It’s not about winning or losing anymore; if anything, it is more about sportsmanship. Yet, despite the true love in Cricket, Football (Soccer) is loved by the millennial as well. In North Pakistan, Polo is taken as seriously as any other sport.

It’s Friday; You Got to Have Biryani!

With all the excitement of the sports games and being in good spirits, one thing that people can’t compromise is on having a big plate of Biryani. It’s one of the most traditional and popular dishes among Pakistani and Travel Foodies to have, especially on Fridays. Even wedding festivities are incomplete without the Biryani as a menu. The recipe is quite simple; all you need is rice and chicken, and the mix spices to retain the traditional flavor when you compliment the Biryani with raita (yogurt with mint) and a glass of chilled Coca Cola. Yes, please!

People take Biryani as seriously as a board exam. Besides, the street food being so popular, you must try the Goal Gappas, also known as Panipuri, Kachori, Nan Pakoras, Chana Chaats are all utterly mouthwatering (and mind you spicy as well). Pakistani’s are real foodies, it doesn’t matter from which ethnic group you belong to. The love for food unites everyone. Biryani has the power to make everyone happy! 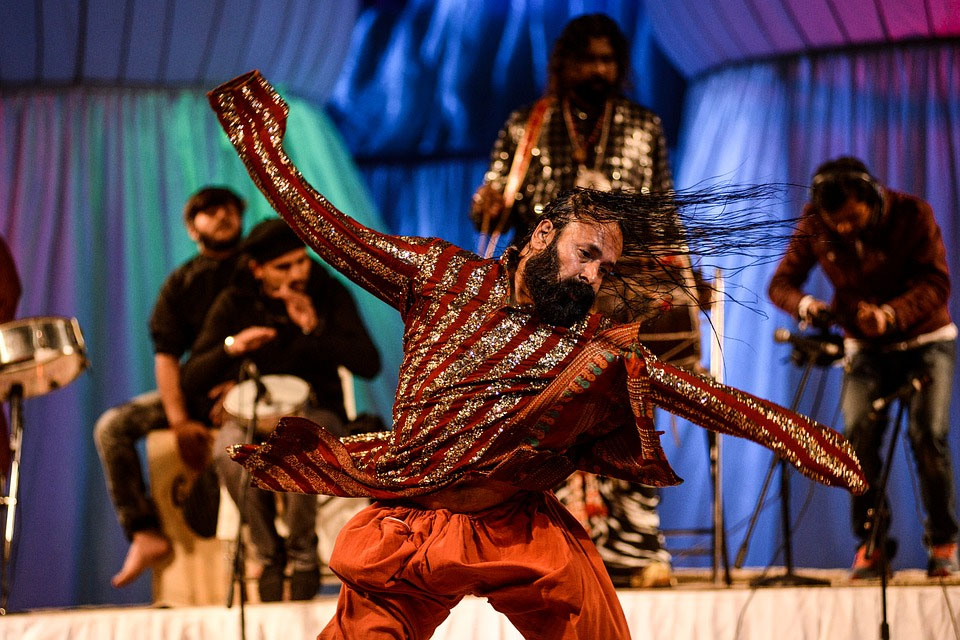 Sufism can be roughly described as Islam mysticism or reflection. Qawali music can be described as Islamic religious music played in a Sufi way to express emotions; it’s poetic and heartbreaking at the same time. Pakistan was home to the Islamic revolution in the old days, and most citizens are familiar with the art of Sufism. A spiritual convene in the form of mystical music. The art of mysticism or Sufism has added great cultural value and influence in the music industry.

The legendary Sufi singer, Nusrat Fateh Ali Khan, has been loved by many overseas. As has been said many times, music knows no boundaries. The combination of poetry and meditation is the devotion that once was part of the Sufi movement before Pakistan’s independence. It has added a string of musical flavor for the real music.

The music has also evolved. Entertainment shows, live performances, Qawali nights (Sufi poetry) are just another way Pakistani’s proudly present their culture to the world. For instance, Coke Studio, Nescafe Basement are just two most prominent examples, of infused music you will get to hear, pop songs, RnB, alternative rock, Qawalis, and romantic melodies as well.

Pakistan is a miracle comes true; it has aged like a fine wine. The more it ages, the more it grooms, prospers, and well is loved by people. There’s always space to learn more, and like any other country, it still has some lessons to learn. Why not visit to get a full experience in the land of Pak and taste the biryanis for yourself?

1 thought on “Reasons Adventure Travelers Fall in Love with Pakistan”

Connect With The Author
View all posts by
Ahsan Munawar
GET THE LATEST!
eNEWSLETTER
Subscribe Now!

7 Ways to Experience the Local Culture of Your Travel Destinat
Love, Peace and a New Year Spirit in the Arabian Night
Christmas Traditions Around the World
Discovering the Culture & Festivals of Mizoram in Northea
We use cookies on our website to give you the most relevant experience by remembering your preferences and repeat visits. By clicking “Accept”, you consent to the use of ALL the cookies.
.
Cookie SettingsAccept
Manage consent