Connect With The Author
View all posts by
Ahsan Munawar
Peoples & Cultures Articles
Home >> Peoples & Cultures >> Love, Peace and a New Year Spirit in the Arabian Night
February 14, 2020
“Dear past, Thanks for all the lessons. . . Dear Future, I’m ready!”

Do you think anyone has ever said that? Sometimes it does feel like the New Year and karma work together. Every year, we make new plans, to travel, to not repeat silly mistakes, make a healthy lifestyle or even do a bonfire lighting everything that reminds us of our exes, right? And yet here we are repeating it all over again. But the coming year is bringing 365 days with 365 new chances to make new mistakes or milestone achievement.

Let’s be honest, the New Year is the time to celebrate despite the misgivings of the previous year. Life brings challenges but let’s keep our focus on the highlights that are about to happen in the New Year.

Christmas and New Year are in Matrimony with Each Other!

The festivities are a national holiday and have been under celebration radar since the time of Babylon. An eleven-day festival that would celebrate the upcoming spring and end of the past year was massively brilliant even in the past! Now, in modern times, each country celebrates this time of the year exclusively.

People love to travel at new years to a new destination to embark good luck and to make fresh memories to last a lifetime. Each country celebrates the upcoming possibilities of a new year with festivities and fireworks in a mass gathering. But how do you celebrate New Year’s Eve in the Gulf States?

Some believe due to Islamic teachings people might not be open to New Year’s celebration in terms of the Gregorian calendar, but that is false. Arabian nights at New Year are something you haven’t seen before. You’d be surprised how extravagant the celebrations are. Don’t believe me? Let’s take a look at Middle East countries with the best celebrations so far. 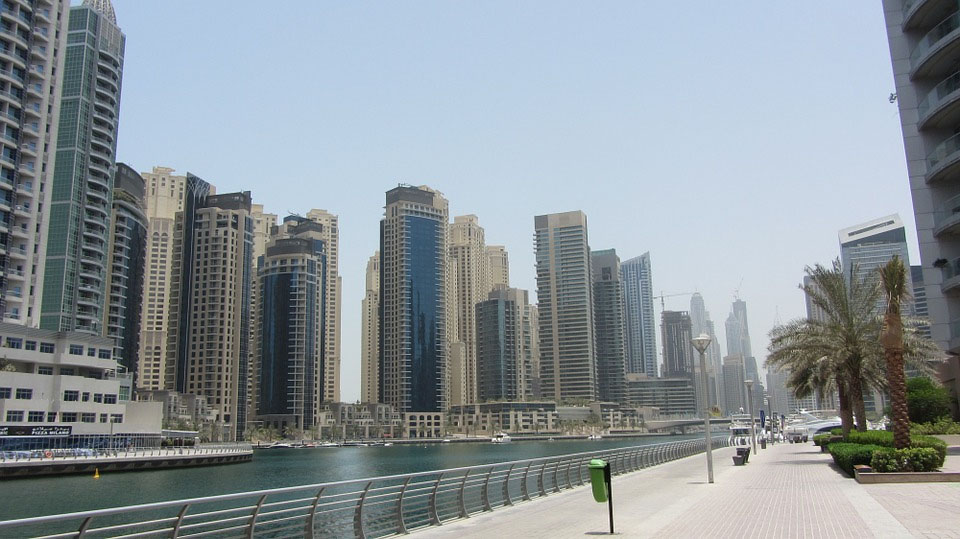 People love to travel to Dubai. Hence it is the first city that will pop in your mind if you mention the Middle East. Why? – It’s not a hidden secret that UAE is one of the topmost international tourist countries in the world. With the mystical land of desert and skyscrapers, the massive buildings have held a special position in the hearts of people. If you can recall, back in 2015, Burj Khalifa stole the highlights at the end of the year with its astonishing display of fireworks.

If you ever thought even for a second that New Year celebrations in UAE will be boring? Then you’ve got another thing going on in your mind. Thousands of people gather each year, especially for the FIREWORKS! (And I’m not even exaggerating) at midnight. Undoubtedly it is one of the biggest events of the year in the Middle East to celebrate.

It may not sound as much, but you are in a bit of a cool surprise if you visit Lebanon for New Year’s. It is one of the trendy countries in the Middle East as a tourism hot spot. Despite its small size, I would suggest visiting at the end of the year. Why?

Feel the beat of music concerts and crowds? Martyrs Square, Beirut, is somewhat equivalent to New York’s Times Square. And don’t get me even started on the bars, restaurants and hotels. The lavish decorations are jaw-dropping. A huge Christmas tree equips the street and lights, lights and more lights illuminate the street, the square and every inch of the surrounding buildings.

And of course, there is the dazzling fireworks spectacle at the stroke of midnight. If you haven’t visited Beirut, I do recommend the Le Gray Hotel Beirut for an exceptional experience.

Okay, technically, not a gulf state, but it’s a dialect of land that everyone falls in love with. Even last year my experience for New Year’s was a crazy fun time with my native friends. The international waters of turkey are a siren call for many to enjoy festivities of Christmas and New Year’s. Turkey is a romantic place for vacations but takes it top-notch for New Year’s Eve? Now we are talking about the Bosporus Bridge illuminated with a spectacular display of lights and ferries taking rounds on the river!

Why not plan a ferry dinner on the top floor with a fireworks display in the night sky? It was truly an amazing experience I had. Izmir becomes a plethora of fireworks displays and cotton candy as the clock strikes midnight. It’s a tradition followed up for a long time now. Taksim Square (yes another square) blooms with people who love to dance and mingle socially. The Turkish spirit is a must-see at NYE.

The phenomenal land of pharaohs and pyramids has a major reason to be in our list of Middle East countries to be visited for New Year’s Eve. The Pyramids at this time of the year are definitely worth watching.

And the fireworks? Let’s add more honey to the top of the pyramids! The night view at Cairo with a drum roll in the background is awe-inspiring.

Did you know a cruise takes a tour up the Nile for an entire week? Nile River is known to be the floating city in itself is famous these days for cruising. Cruises have taken the shape of floating cities touring around the bays. And imagine what it would be like to be surrounded by the mystical Nile on one side and the Pyramid of Giza on the other hand. Pretty stunning I tell you. The celebrations start right at 8:30 pm on the night and obviously, the Great Pyramids remains the highlight during the entire show.

The jewel crown of Africa is one of the most culturally inspiring countries you can visit. Agadir, the central hub for its phenomenal pristine beaches is a perfect sport to celebrate the New Year’s Eve festivities. With a colourful mirage of a fireworks display, you can get to see the exclusive view from the top of Riads or the highest point of the city.

Bonfire parties, DJ music playing in the background at the beach resorts is a common and yet exciting way to celebrate New Year’s. If you are inspired more with the wild natural setting, then the Saharan landscape is a unique way to celebrate New Year’s among the dunes. A night of glamping and bonfire in the Great Sahara Desert is not unheard but rarely tired by the skeptical minds. But if you are an eccentric traveller with the urge to experience unique events for the night, then spending a fun night in the mystical grandeur dunes of Sahara is the right dose of excitement.

One of the best things you will ever get to enjoy in Jordan is Arabic music! A good taste in music reaches to the heart of the listener. At New Year’s the performances start with the traditional music and rhythm of the flutes and traditional drumbeats. Arabic music infused with live events is a perfect combination for the New Year’s Eve.

The evening time brings the initial entertainment and as the night passes, the musical thrive and feasts reach their zenith at the midnight, the buzz of local markets even during midnight makes it look like day time. And you will be surprised to taste a good cup of coffee just before the fireworks start at the street lined cafes. The Boulevard, Amman is a vibrant happening choice to celebrate New Year’s.

Are you lost daydreaming about visiting all these places and getting an Arabian night adventure for your scrapbook? This is the perfect time of the year to plan something special for yourself or your loved ones. Before the year ends plan an extraordinary New Year adventure to remember by!

Connect With The Author
View all posts by
Ahsan Munawar
GET THE LATEST!
eNEWSLETTER
Subscribe Now!