Aafia Khalid, is living in Leeds, United Kingdom, with her parents who are from Egypt. She loves to explore and share about the travel experiences, travel destinations, history and cultures around the World

The different celebration dates illustrate how peoples & cultures around the globe have a unique ways of celebrating Christmas which can be quite different. While general Christmas tradition is centered around celebrating the birth and life of Jesus Christ, it combines appreciation of those whom you care about by giving them a gift. However, it is the deep traditions with which people celebrate this holiday which make it the most special. Families enjoy decorating a Christmas tree for a festive atmosphere, we pause for a time of inward reflection, many attend a church service and kids have fun setting out cookies and milk for a hungry Santa Claus when he visits to drop off toys for the good children.

Yet, the origins of celebrating a religious Mass to honor Jesus Christ (Christ Mass) remains a bit foggy. Early Christians considered Jesus the “Sun of Righteousness and Healing” (Malachi 4:2) which fuels speculation of a linkage to the Winter Solstice, the shortest day of the year, which the light of day gets progressively longer from that point on. There is also a link to the Roman Saturnalia Holiday1 which began on Dec 17 and lasted for seven days until the Winter Solstice Holiday on Dec 25. The Saturnalia Holiday2 on the Roman calendar was entirely a pagan celebration known for public drunkenness, promiscuity, gambling and other bad behavior fueled by “liquid courage.”

However, the connection to Christmas is clear as Saturnalia also had traditions of decorating homes with greenery, and candles, and adults giving children gifts. The speculation continues that the Catholic Church which did not approve of all the bad behavior on Saturnalia simply appropriated the pagan Winter Solstice holiday as a religious day of celebration at some point 200 years after Christ’s death in the late 2nd or early 3rd century. Yet, this was controversial as not everyone in the church was in agreement with this move as Clement of Alexandria a high Christian Theologian and others speculated that Jesus was actually born in the Spring of the 28th year of Augustus rule. However, this was ignored by the Church who’s motive was to grow the church’s influence and number of followers. 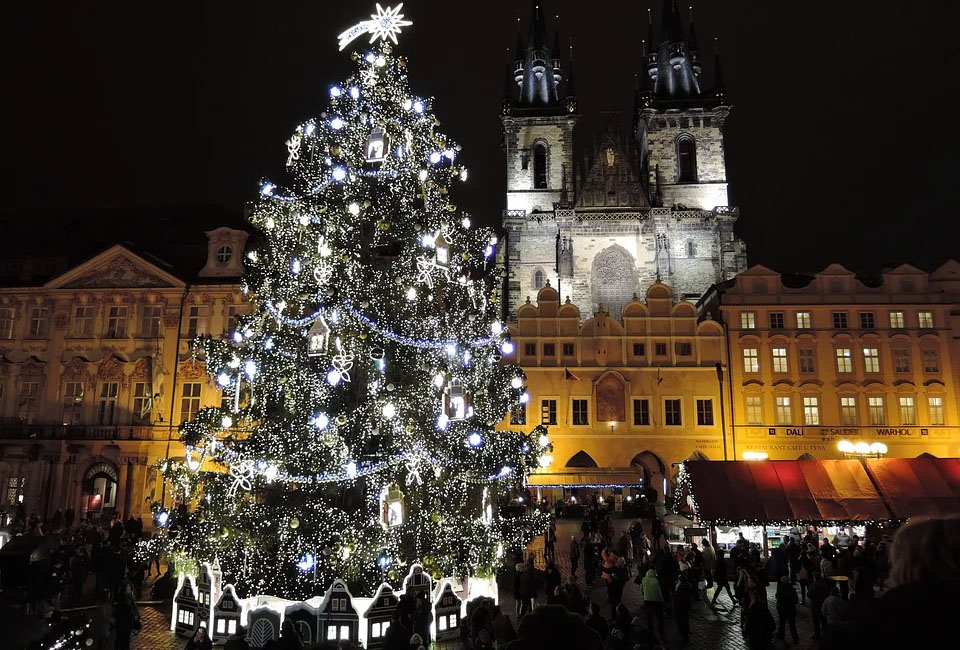 Christmas has been celebrated (or not) since this Roman beginning. In 1647, the Puritans in England banned celebrating Christmas as they felt it was the Catholic Church’s effort to expand its influence. Yet, don’t mess with people’s Christmas, as riots broke out in England. However, in 1660, King Charles II reinstated the Christmas holiday. Maybe tells you a bit more to the story of why the Puritans left England (or were shown the door!) for the new world? Just saying! 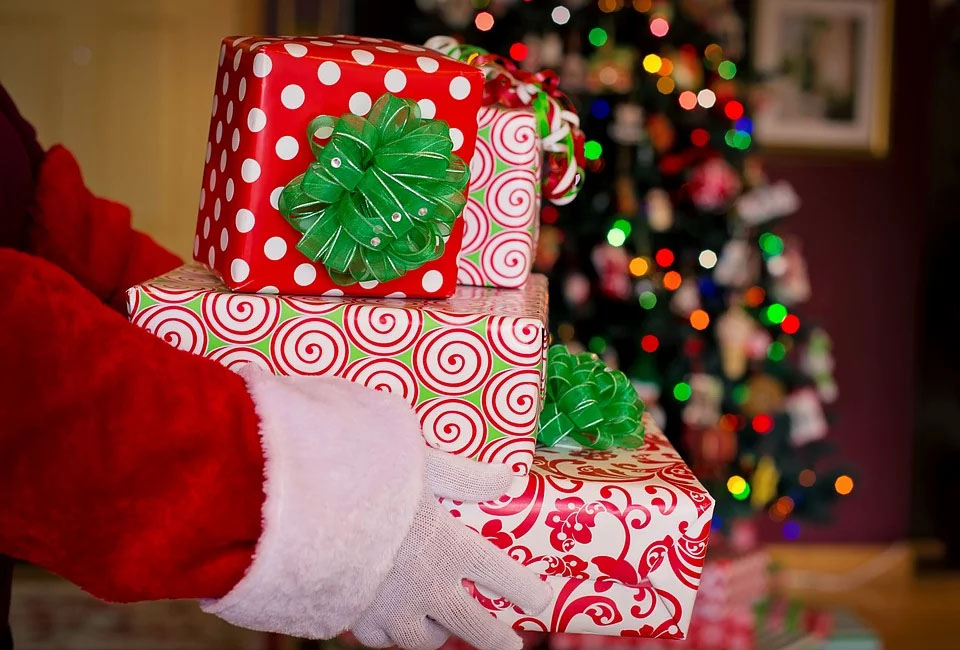 While the principals of Christmas are generally the same, you will see that people around the world celebrate this day in unique and different ways. If you are thinking of traveling international during the December holidays, you may observe unique cultural differences how they celebrate. While traveling during Christmas may cost a lot (high season +), you live in a digital world so we can offer this small sample of how people celebrate Christmas around the world.

Thirteen jólasveinarnir, or “Christmas Yule Lads” who used to be somewhat delinquent, transform into good citizens delivering the gifts to the people in Iceland. If you believe in spreading happiness, you can adopt this tradition this Christmas. You can do some pranks too if they are done considering other’s sentiments.

It may not be a old tradition that is carried out through today, but back in previous times, people used to hide all their brooms as they believed that witches would ride them at midnight.

Children in Germany make their lists of gifts with pictures leaving them on the window sill – hoping for their gifts on Christmas. Some poorer people leave their shoes outside the house a day before Saint Nicholas Day to place small gifts. This is a nice thought which might provide and idea for an initiative to treat the less privilege in your own home town.

Santa in Australia is less likely to be seen in the traditional red costume than a part of shorts as December is Summer in the southern hemisphere. Santa also t trades the Reindeer in for Kangaroos. This is one of the inspiring themes based on Christmas your children can enjoy. Additionally, people like to spend more time on the beaches eating prawns and lobsters because it’s probably hot on December 25!

Christmas in Mexico starts on the 16th of December, and the holidays run until the 6th of January. So, it is a whole two weeks of a celebration. The tradition of the Posadas (Inns) is performed by the children. It is to let them understand the story or Mary and Joseph and their quest to find a place to have baby Jesus. They reflect it by walking with candles to the houses in the neighborhood and are refused a room at each one until finally, at the last Posada, they are given a room where they celebrate Christmas and enjoy a large meal and fireworks with family and friends.

The holiday season in Jamaica brings more joy as they celebrate it along with the British tradition of Boxing Day on December 26. Costumes are determined, and people celebrate the day with parades and “Junkanoo” dancers from African culture. You can watch videos online and plan a costume party for dancing on the African beats in your home too. I assure you that you will love every moment of the Jamaican Christmas celebration.

Canada is one of the sweetest places during Christmas. We all know that tradition and celebration is in the blood of Canadians. The Toronto Santa Claus Parade kicks off the holiday season on the third Sunday in November. The parade is a Canadian Holiday Tradition since 1904 and includes more than 2,000 participants. If you have a sweet tooth, this is the best time to visit Canada. They have cooking parties to bake some of the best and fresh-baked Christmas Cookies to serve. People bring their recipes, bake cookies, and then exchange with each other. A Christmas Baking Party might be a wonderful idea for your Holiday this year?

Coptic Christians in Egypt observe Christmas on January 7th and have a no-meat tradition that begins 43 days before observing Christmas. They only eat vegan during this time and specifically avoid any food that comes from animals. After attending the church service on Christmas Eve (06-January), they enjoy a large meal with family in their houses.

We all know Santa is fond of milk and cookies. However, in Ireland he seems to like mince pies and a bottle of Guinness! Who knew? Keeping the tradition, they also light up a candle in the front window all night, in the spirit of welcoming Joseph and Mary to have baby Jesus.

The Fins believe Santa’s North Pole home base is in the mysterious Arctic Circle region of Lapland in the north of their country. They claim to receive all the letters from the whole world written for Santa. There is also a Christmas land where people like to celebrate the day inviting the prosperity in their life.

During Christmas in Ukraine, they have a tradition to include a charity in their celebrations. They hang spider web shaped decorations on the tree to reflect the need of poor widow. She didn’t have enough money to decorate the tree, but when her children woke up in the morning – they found gold and silver coins on the web. So, based on the story, which may be just a myth, but people still follow the tradition to keep the need for poor in mind.

People in Russia Celebrate Christmas on the 7th of January. The gifts for the children are brought by the Babouschka, referring to the grandmother or an older woman. It is to state the biblical story where women regret not gifting the baby Jesus. So, to repent, she gifts children every Christmas.

Now, if you feel bored by the typical traditions of your Christmas festivity, maybe adopt a new tradition and enjoy it as you want. Make Christmas special for your kids and friends. To make it simpler, maybe enjoy Christmas like people in Japan. They enjoy meals with loved ones and stroll around the streets to watch Christmas lights.

My final thought is this: Any festival is enlightened and worth celebrating if you have loved ones by your side. This year, make sure to confess and express your love openly. Let your loved ones know that they are precious to you.

Aafia Khalid, is living in Leeds, United Kingdom, with her parents who are from Egypt. She loves to explore and share about the travel experiences, travel destinations, history and cultures around the World

Connect With The Author
View all posts by
Aafia Khalid
GET THE LATEST!
eNEWSLETTER
Subscribe Now!

7 Ways to Experience the Local Culture of Your Travel Destinat
Love, Peace and a New Year Spirit in the Arabian Night
Reasons Adventure Travelers Fall in Love with Pakistan
Discovering the Culture & Festivals of Mizoram in Northea
We use cookies on our website to give you the most relevant experience by remembering your preferences and repeat visits. By clicking “Accept”, you consent to the use of ALL the cookies.
.
Cookie SettingsAccept
Manage consent