John Steinbeck had Charlie. I have LouLou, a north Texas rescue that a vet in Weatherford, Texas, put down as a blue heeler. She’s been my traveling companion for the last 3+ years. She really likes going to nudist places, because a lot of them have doggie parks where she can be off the leash, run, and do other doggie things, and because I seem to relax better nude. Yes, there are nude 5K races. There is a kind of magic running through forest and field with the wind flowing over you body unhampered by some fabric. It’s magic even with the flopping, though some of the women wear jog bras during the race.

There are individual nude 5K races many places in the country, although the only one I’ve run in outside of Oklahoma and Texas was this past summer near Kansas City. In the Southwest Region of AANR (the American Association for Nude Recreation) there has been a nude racing series for quite a few years. I’ve been involved for only 12 years.

“I think most of the participants in the nude 5Ks are more into nudity than into running.”

When I first started there were 7 races each year, 6 in Texas and 1 in Oklahoma. For a few years we had 8 per year and then dropped to 5. The club where I was in my first nude race soon closed, because the owner had died without a will and his offspring couldn’t agree on what to do with the club. Another club disappeared after the owners had a divorce (yeah, nudists really do that, too) and neither could buy out the other. Another club became a clothing optional swingers club, something real nudists really don’t do. At another club, the owner wanted to retire and sell the club. He never got what he thought was a fair offer. He closed the nudist park and changed it into a goat farm. (I don’t think there’s a logical connection there.) 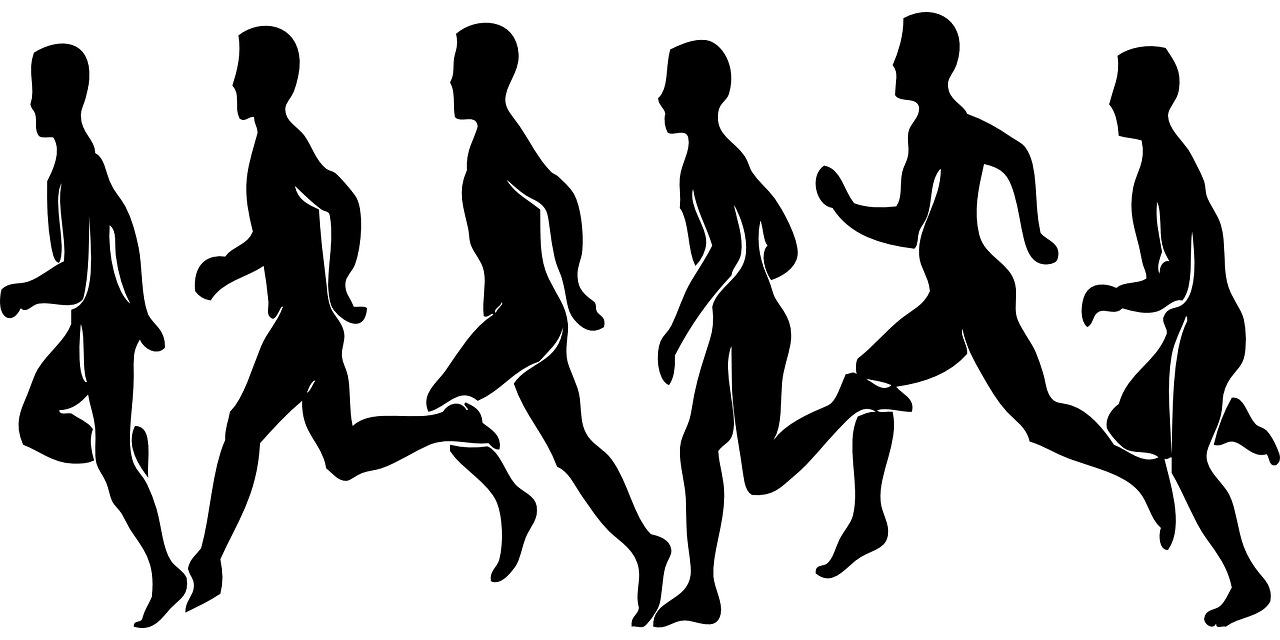 “People seem to be interested in first-time experiences of being nude outside.”

We presently have 6 races per year in the AANR Southwest Region. Generally, the races provide a plaque or other prize to the over-all male and female winner, to the first male and female master (over 40), and one club awards a prize for grand masters, which I think is over 50. I’m never in the running for one of those prizes, so I’m a little vague on that. Medals are also awarded to 1st, 2nd, and 3rd, male and female in age categories spanning 5 years. I am often in the running for one of the age category medals. At the end of the year results of the 6 races are compiled and awards are mailed to overall winners and age category winners. 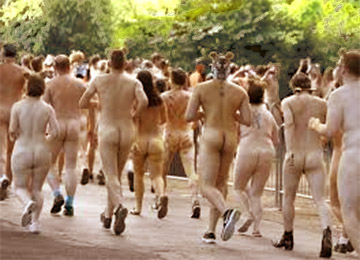 The race on Oct 13, was at Star Ranch Nudist Resort about 30 miles east of Austin. Star Ranch has a beautiful new, heated outdoor pool, a heated indoor pool and an indoor hot tub that can accommodate about 10 people, over 100 acres of land and a lot of cabins for rent along with RV sites and tent sites.

People seem to be interested in first time experiences of public nudity. After this race Curtis  introduced me to Cindy, age 22, a college student majoring in economics and philosophy, and Grace, 23, who just graduated with majors in History and Turkish and who was working with a group on the midterm election. This was actually Grace’s second experience of social nudity. In the Spring she had seen something in social media about an April nude run at Star Ranch. She said that at that race she was fully into the nudity as soon as she got out of her car. The two women parked next to her were also first timers, who offered her shots. She said she came more for the nudity than for the run. She also had something of a warmup by visiting a nude beach in Barcelona. Grace forwarded to Cindy the link about the October race and Cindy was immediately more enthusiastic than hesitant. She said that her biggest reservation, as a college student, was the $30 entry fee. With her family Cindy had experienced public baths in China, but those are segregated by sex. They both said that had they known about social nudist opportunities earlier, they probably would have taken advantage. By the way in the 20-24 category Cindy was 1st and Grace was 2nd. Cindy was the 2nd overall female. Also, by the way, I developed a leg problem after about 2 miles and didn’t finish.

I think most of the participants in the nude 5Ks are more into nudity than into running, though I understand that one of the regular runners (and winner) is nationally ranked in his age group. I have been in over 100 nude races and about 5 clothing required races, mostly for charity for high schoolers in San Antonio.

If you are interested in Nude 5k’s go to Google and search for “nude racing + wherever you live” and you may be surprised what you find. If you’re ever in the Austin area, check out.