We Celebrate When a New Nudist Resort Opens!

John Steinbeck had Charlie. I have LouLou, a north Texas rescue that a vet in Weatherford, Texas, put down as a blue heeler. She’s been my traveling companion for the last 6 years. She really likes going to nudist places, because a lot of them have doggie parks where she can be off the leash, run, and do other doggie things, and because I seem to relax better nude. 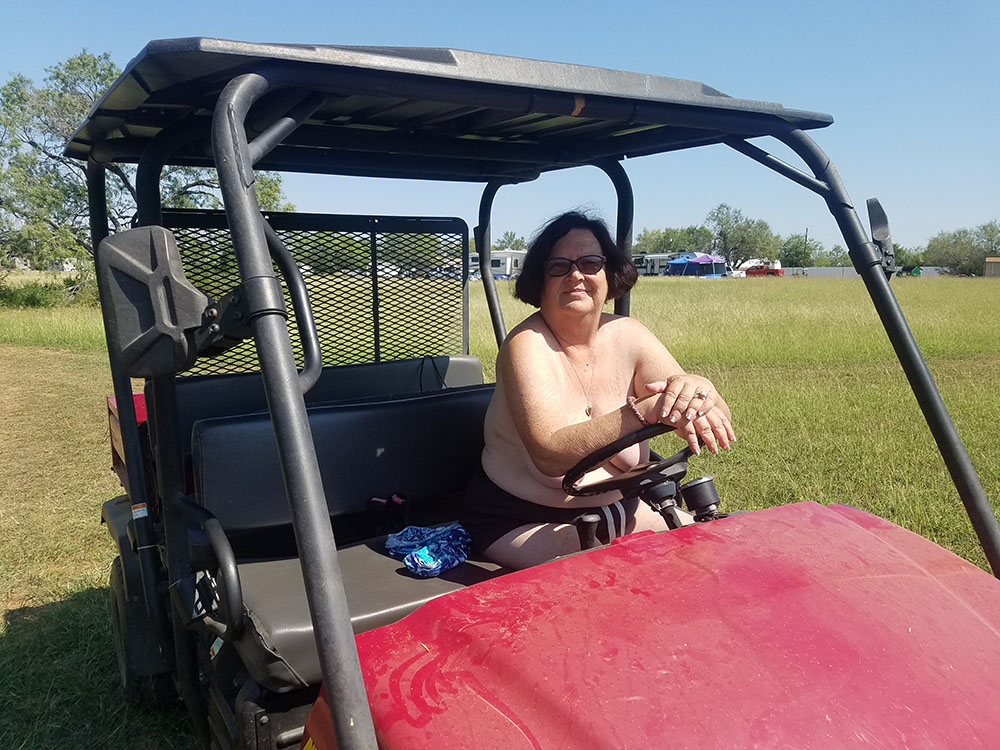 I went down to Freedom RV Resort a couple of Saturdays ago. It is definitely a work in progress. Dee and her husband were nudists since the early 80s. When they retired from the military, their dream was to run a nudist resort. Riverside Ranch, south of San Antonio, had been a regular AANR club, and then was an Adult Only Clothing Optional Swingers Club, and now is a clothing required park. Dee and her husband lived there for a while and tried to buy it. They then bought an existing RV park a bit south of Riverside in Pleasanton, Texas. Dee’s husband was diagnosed with cancer 2 years ago, and that put their resort plans on hold. After his death, Dee has focused on changing the park to clothing optional and making lots of upgrades. This is partly to fulfill their dream, and she says that throwing herself into this project has helped greatly with the grieving. 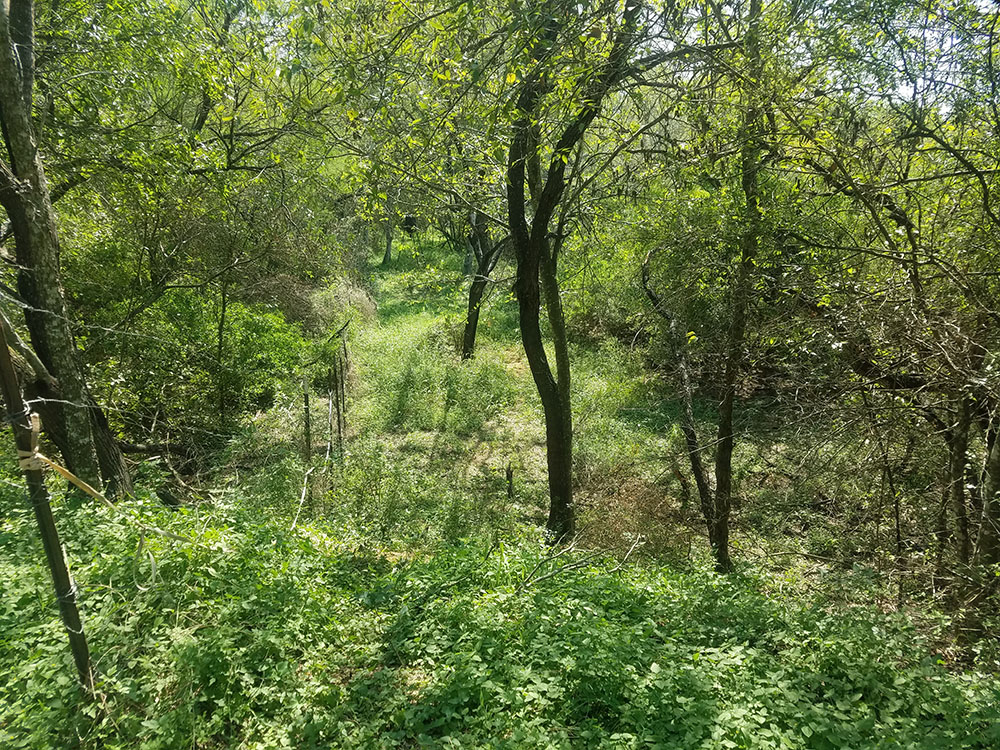 Anyway, the park is presently short on amenities. The privacy fence was finished except for one small section. The gate was nearly finished. Dee pointed to one flat place and said that’s where the hot tub is going to be, another flat place, the swimming pool, another flat place the clubhouse. She has lots of room to put in more RV and tent sites, and she showed me where cabins will be in the future.

We go with excitement when a New Nudist Resort opens in the area!

Six people from Riverside have or are moving to Freedom. A few of the Freedom residents are moving to Riverside or other textile RV parks. Some non-nudists are staying at Freedom. Dee says she’s slightly in the black for this year in spite of COVID. In addition to site rentals, she has some hunting leases on the 17 acres that are undeveloped except for some rudimentary roads and hiking trails. I walked a bit in the woods and they are lovely. “Hunting leases” or “deer leases” may be foreign to folks who live in states with lots of public lands. (I think when I moved to Texas 40 years ago there was more designated wilderness area in Los Angeles County, California, than in the entire state of Texas. Growing up in New Mexico, the people I knew who went deer hunting bought a state license and then went hunting in a national forest. When I moved to West Texas, I learned that many of the ranches made a substantial amount of their annual income on deer leases. Groups would pay $1000 to $2000 “per gun” to shoot up to one deer. The hunters brought their own food and supplies, so this money was pure profit. I don’t know what the “per gun” charge is now.

What Do Nudists Really Do?

They open a Nudist Resort! Dee is friendly, energetic, has a vision, and has some resources in addition to revenue from the park. Their retirement, his life insurance, and property in Nevada. She has had discussions with the County Commissioner, the County Sheriff, and health inspectors, all of whom are supportive. Nov 1, today, she’ll make it totally clothing optional. Nov 7 she’s having an open-house and pot luck. She’s expecting lots of people. She’s contacted Hill Country Nudists, Healthy Hides of Houston, Bexar Recreation Society, and has had contact with lots of area nudists. She’ll be selling Freedom memberships and AANR memberships at the Nov 7 event. I’ll see if she’ll let me give my speech about AANR membership vs. “Welfare Nudists.” Anyway, I am member number #2 of Freedom RV Resort! I’ll switch my AANR membership to Freedom, and I understand a few of the people who’ve moved over from Riverside are already AANR members. The grounds are well kept and the wooded area is lovely. I look forward to many naked days and nights there.

Dragonfly Naturist Village is the Largest Naturist Resort in A
Pursuing My Passion About Nudism and Body Acceptance
World Naked Gardening Day 2020
Naturism in Thailand Shows Resilience Against COVID19
We use cookies on our website to give you the most relevant experience by remembering your preferences and repeat visits. By clicking “Accept”, you consent to the use of ALL the cookies.
.
Cookie SettingsAccept
Manage consent