Jacklin is a guest author of the site EasyTravel.co.tz. She travels a lot around the world. Usually people travel a lot to experience different phases of life. Here she comes with lots of stuff about Tanzania Safari. She encourages her readers to share their travel experience and information too.

Tanzania is an African country providing a multitude of attractions for the most varied profiles of travelers. The country is home to the highest mountain in Africa, home to the most famous wildlife parks and has paradise like beaches, with turquoise blue water, capable of taking anyone’s breath away. In Tanzania on a wildlife safari, you will find super welcoming people and a rich cultural diversity that will surely leave you enchanted by the country. That’s exactly what happened to us. To learn about travel tips for Tanzania Safari Travel then check out our link: Easy Travel Tanzania. 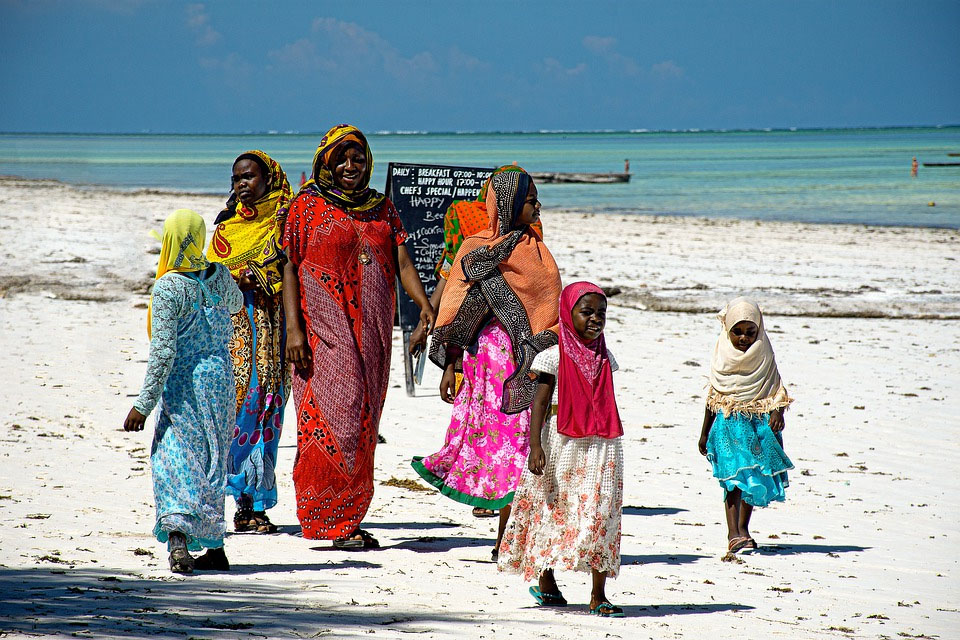 The number one item on our list would be the paradise that is Zanzibar and its turquoise blue water and white sand beaches.

Okay, we were not very lucky, as we only caught cloudy days on the island. But Lazarus still chose Zanzibar as his favorite place in the world. I wonder what it would have been like if we had had sunny days during our stay? I think he would have stayed there… lol.

Zanzibar has several beautiful beaches, but our favorites were:  Michamvi,  Pingwe, Paje,  Kizimkazi, and Jambiani. We didn’t get to go to the northern part of the island, but they say that the beaches there are beautiful too. And the nightlife is quite hectic.

Stone Town has been a UNESCO site since 2000 and has stopped in time. Its medieval air, its architecture and the charm of its impressive and beautiful doors made us fall in love with the city.

Exploring Stone Town is a must-do for anyone going to Zanzibar. The stop is mandatory since the ferry connecting the mainland to the island stops in the city.

In Stone Town take the opportunity to visit the Darajane Street Market. Wander the city streets, which look like a huge maze. Take dozens of pictures of your old buildings with their imposing doors. And end the day at the food market that takes place every evening at Forodhani Square.

Do you like rock? If your answer is yes, know that in Stone Town you can stay in the house where Freddie Mercury lived, and which today has been transformed into a hotel.

We always try to prioritize the contact with the local people, with the inhabitants of the places we visited. Beyond the tourist attractions of the countries, we like to know who are the people who live there, what their customs and beliefs are. For us, this type of contact makes the experience of traveling the world even richer!

And so it was, attracted by this desire to get to know new cultures, that we had the unique opportunity to visit an authentic Maasai tribe in Tanzania Safari.

The Masai (or Maasai) are an African ethnic group of seminomas, who inhabit southern Kenya and northern  Tanzania. They are people well known for their appearance and especially for their customs. Who has never seen them on a National Geographic show jumping high, wearing their traditional red fabrics?

In Tanzania safari, we made a Masai friend and we had the wonderful opportunity to spend a weekend with his family, in an authentic experience, with no travel agency involved.

Mount Kilimanjaro is the highest mountain in Africa, at 5,895 meters above sea level. That makes it very popular among climbers worldwide. The mountain consists of three peaks: Shira, Kibo, and Mawenzi, with the highest point being the Uhuru peak at the bottom of the Kibo crater.

Climbing this dormant volcanic mountain is no easy task. We, as we are sedentary and think that we were not properly prepared, we decided not to risk it. However, after we left Tanzania safari, we ended up meeting a series of travelers who climbed Kilimanjaro even without having much experience.

After 1981 Serengeti was a UNESCO World Heritage Site. It is a quirky park. Savanna is about 15,000 km 2 away complete with wildlife. Tanzania’s oldest, and most celebrated national park.

The plains of the Serengeti are the place of one of the most spectacular shows of nature: the great annual migration. Herds of up to 1,3 million wildebeest, 200,000 zebras, and 500,000 gazelles make a circular route of almost 700 km in search of greener pastures. The largest movement of animals happens between August and October. We leave from Tanzania safari and join the Masai Mara reserve in Kenya.

If you have never done a safari in your life and are thinking about where the ideal place would be, have no doubts: Serengeti is the place!

The Ngorongoro Crater region, also declared a UNESCO World Heritage Site, was shaped approximately 3 million years ago when the Ngorongoro Volcano would have exploded. The explosion formed a crater nearly 20 kilometers in diameter, the largest intact volcanic caldera in the world. Today it is one of the best places to go on safari in Tanzania safari. There you can see all the Big 5 (elephant, buffalo, lion, rhino, and leopard).

To enter the park the visitor pays a fee of  USD 200.00 for each vehicle, plus USD 50.00 per person. The high price should inhibit a greater number of visitors, reducing the impact in such a fragile environment. And in our case, it inhibited, since this was another tour that we stopped doing due to the high cost involved.

Lake Victoria is the largest lake in Africa and the 2nd largest freshwater lake in the world. It has a unique ecosystem where different types of animals can be seen. And the good news for those visiting Tanzania safari is that the Lake Victoria region is not only accessible through Uganda, but you can also visit the lake here as well.

Jacklin is a guest author of the site EasyTravel.co.tz. She travels a lot around the world. Usually people travel a lot to experience different phases of life. Here she comes with lots of stuff about Tanzania Safari. She encourages her readers to share their travel experience and information too.

View all posts by
Jacklin Jo
GET THE LATEST!
eNEWSLETTER
Subscribe Now!