Many people don’t know that Ukraine is one of the largest countries in Europe and in terms of size it is second only to Russia. Ukraine is a country with a complex, long, and often turbulent history. You might be wondering where is the “The” in front of Ukraine. The reason behind this is that since the declaration of independence of Ukraine in 1991, most English-speaking foreign governments and newspapers refer to this country simply as Ukraine. Then the use of “the Ukraine” comes from the time before independence in 1991 when this country was a republic of the Soviet Union.

Sometimes, people think that adventurous travel is only about jumping out of airplanes and climbing mountains. But actually, adventure is about going somewhere out of the ordinary. And visiting Ukraine definitely qualifies as unusual. Now, let’s see the top 6 must-visit places in Ukraine.

Kiev is the capital and one of the largest cities of Ukraine. Kiev is also known as Kyev and has a unique mix of European and Soviet culture and architecture. It is a vibrant destination filled with golden-domed churches. This is a green city and is full of gorgeous trees and parks. Besides, memories of world war II are well preserved in the war memorial museum and this museum is located at the 102 m high Mother of Motherland statue or at the foot of Rodina-mat.
This city is home to the deepest train station in the world and that is Arsenalna. In addition, there are also many beautiful churches and cathedrals like St. Andrews Church, Kiev Pechersk, Lavra (Monastery of the Caves), and St. Sophia’s Cathedral exists. Don’t forget to taste the authentic local street food perepichka. Ethnography in Pyrohiv and the Museum of Folk Architecture is one of the biggest open-air museums in Europe. If you are in town then don’t forget to take a walk on the streets of beautiful Maidan (city center). 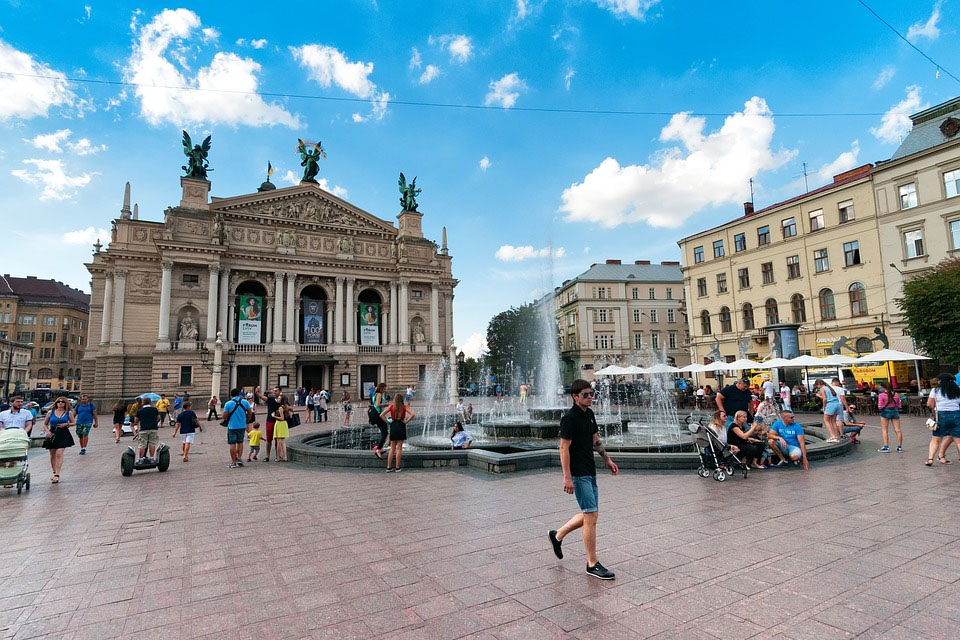 Lviv is known as Ukraine’s cultural capital and has the most western architecture of all the country’s cities. It is near the Polish border and looks more European than Soviet in its architecture and culture. Lviv is a UNESCO World Heritage Site because of the unique confluence of artistic traditions of Ukraine and the architecture of central Europe.

UNESCO-protected Old Town famous for magnificent churches, beautiful narrow streets, fascinating museums, and charming atmosphere. This city is cozy and welcoming, offering a wide range of cool bars, themed restaurants, and great nightlife. There is a chocolate factory in Lviv and it is a must visit for chocolate lovers. You can also go to Kumpel restaurant for homemade beer and authentic Ukrainian food. You can go there in any season to feel the Old Town vibes.

Chernivtsi is a gem of western Ukraine. It has a nickname called Little Vienna for the rich Austro-Hungarian architectural heritage. This city also in the UNESCO World Heritage list because of the city’s rich history and most visitors love the vibe of the city. Pastel buildings, numerous cafes, and leafy trees make this city welcoming.

You will also see a UNESCO-protected building of Chernivtsi University. In addition, lovers of Art Nouveau architecture can explore beautiful interiors and the elegant frescoes of the Chernivtsi Museum of Art. This city is one of the most interesting destinations in the country with constantly changing jurisdictions and history of multiculturalism. 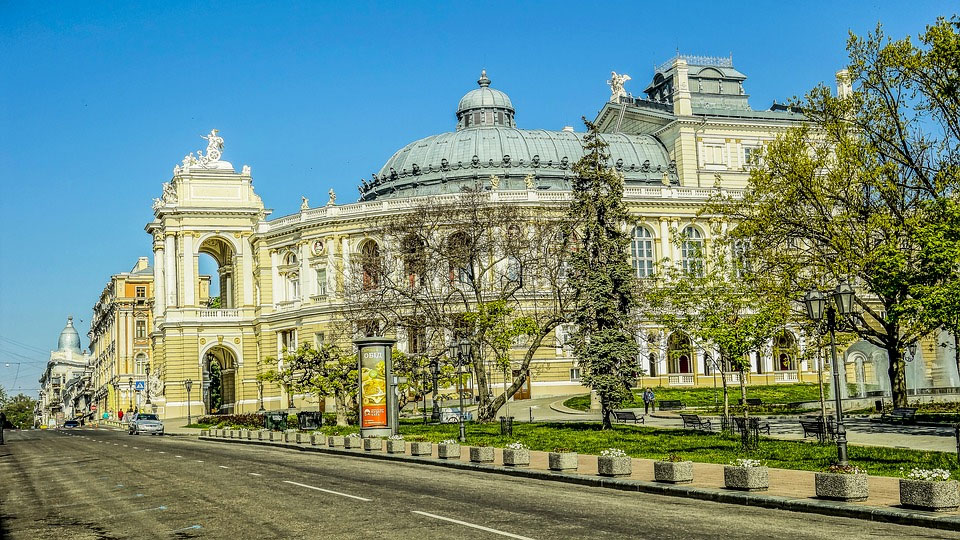 Odessa city has plenty of treasures waiting to be discovered. As of now, it is Ukraine’s largest seaports and trade hubs. People from all over Europe visit Odessa because it is a popular summer beach town. The opera, theatre, ballet, blue sea, the beautiful Dniester Delta National Park, the world’s largest network of underground catacombs, and the famous Mother-in-Law Bridge make a visit to Odessa a must.

Architecture lovers can admire a unique blend of building styles and the splendid palaces in the central part of the city. You will see kilometers of Black Sea beaches and this city also offers tons of entertainment during the day and night. The Odessa Opera and Ballet Theatre is one of the most beautiful theatre buildings in Europe located in this city. This city attracts visitors with its amazing sights.

Kamianets-Podilskyi is worth exploring because of its spectacular views and cozy old-town vibes. This little town is located in the western part of the country and has one of the most breathtaking fortresses in eastern Europe. It stands amazingly on an island surrounded by an encircled and canyon by the Smotrych river. This city is also famous for the festival of hot-air balloons that are generally held in the late spring.

It’s the historic capital of Podolia and the ancient fortress is the major attraction in the town of Kamianets-Podilskyi. This fortress was first built to watch over the Smotrych river. You will find another magnificent castle in the nearby city of Khotyn. It is considered one of the most picturesque and most visited castles in Ukraine. You will find peace in this fortress.

This city was once a prospering and an important center of medieval Kievan Rus. Chernihiv is known as one of the oldest cities in Ukraine. All the eastern European historic landmarks period before the Mongol invasion is in Chernihiv. The Transfiguration Cathedral is a unique example of medieval Slavic ecclesiastical architecture and one of the oldest churches in Ukraine is located in this city. This was completed in the 11th century and features ancient interiors and stunning frescoes.

The 18th-century Kachanivka Palace is another popular excursion from Chernihiv city. This is a beautiful neoclassical mansion surrounded by well-preserved gardens, a lake, and artificial antique ruins. You can try traditional Ukrainian filled dumplings called Varenyky in this city. This city is one of the best places to try this food.

So, Ukraine is home to a ton of beautiful places with a great range of tourist activities. You will get to see ancient castles, stunning countryside, a diversity of landscapes, vibrant cities, and a welcoming attitude. Because of all these things this country is a special destination for visitors. You should go to Ukraine and explore all the beautiful things. Wherever you go you should always respect the locals to get the most out of your visit.

Connect With The Author
View all posts by
Ashiqur Rahman Ashiq
GET THE LATEST!
eNEWSLETTER
Subscribe Now!